The four-legged robot can adapt to its environment and learn from obstacles. 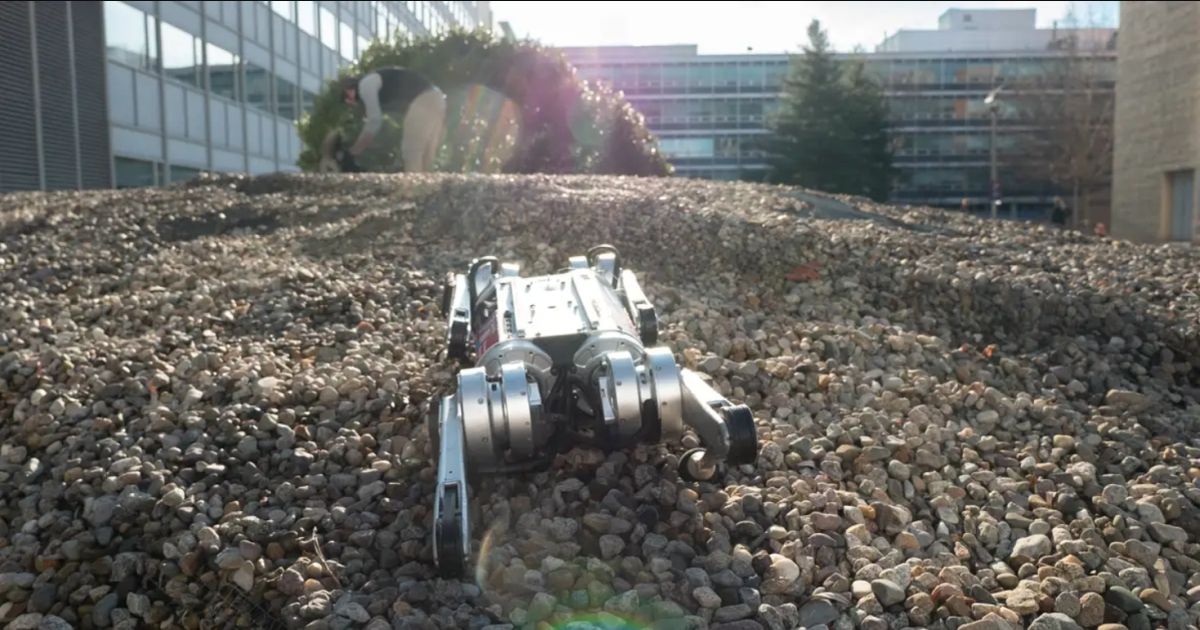 Capable of reaching speeds up to 70 miles per hour, the cheetah is known as the fastest sprinter on land. Now, a newly revamped robot from Massachusetts Institute of Technology (MIT) dubbed the “mini cheetah” is vying to be among the fastest technologies of its kind when it comes to running. And it’s all made possible by artificial intelligence.

Not only can the mini cheetah cover more than 12 feet in one second, the dog-sized robot can also learn to adapt to different terrains and respond appropriately to its environment. In case you were wondering, real life cheetahs, by comparison, can top out at about 85 feet per second.

It’s not the fastest robot on record, but it is the fastest robot that uses such a learning-based approach and this specific robotic platform. Other, larger robots have run faster, even some of those built at MIT, including a previous high-speed record set by another MIT research group. However, these previous running robots are “analytically designed,” meaning they rely heavily on human engineers to anticipate obstacles and program locomotion in response to them. The mini cheetah, on the other hand, is a learn-by-experience mode that uses a simple neural network, which allows it to respond in real time to environmental challenges.

“Programming how a robot should act in every possible situation is simply very hard. The process is tedious, because if a robot were to fail on a particular terrain, a human engineer would need to identify the cause of failure and manually adapt the robot controller, and this process can require substantial human time,” said researchers from MIT’s Improbable AI Lab, Gabriel Margolis and Ge Yang.

“Learning by trial and error removes the need for a human to specify precisely how the robot should behave in every situation. This would work if: the robot can experience an extremely wide range of terrains; and the robot can automatically improve its behavior with experience.”

The mini cheetah can gain the equivalent of 100 days worth of experience on diverse terrains in three hours. With each experience, be it slippery ice patch or a gravel patch, the machine can continue to learn and adapt over time. This newly designed method allows the robot to learn how to run fast while also adapting to walking on difficult terrain, which could show a new capability for robots in the future that might also employ the learning-based method.

“At the heart of artificial intelligence research is the tradeoff between what the human needs to build in (nature) and what the machine can learn on its own (nurture),” said the researchers.

Telling a robot what to do and how to do it takes immense human engineering effort, they added. For example, an engineer would need to anticipate each environmental obstacle and program the robot to respond accordingly.

“A more practical way to build a robot with many diverse skills is to tell the robot what to do and let it figure out the how. Our system is an example of this. In our lab, we’ve begun to apply this paradigm to other robotic systems, including hands that can pick up and manipulate many different objects.”

Like robots? So do we. Check out these Snopes stories on similar technologies: