Whether you must choose a political party to participate in the primary election season depends on where you live. 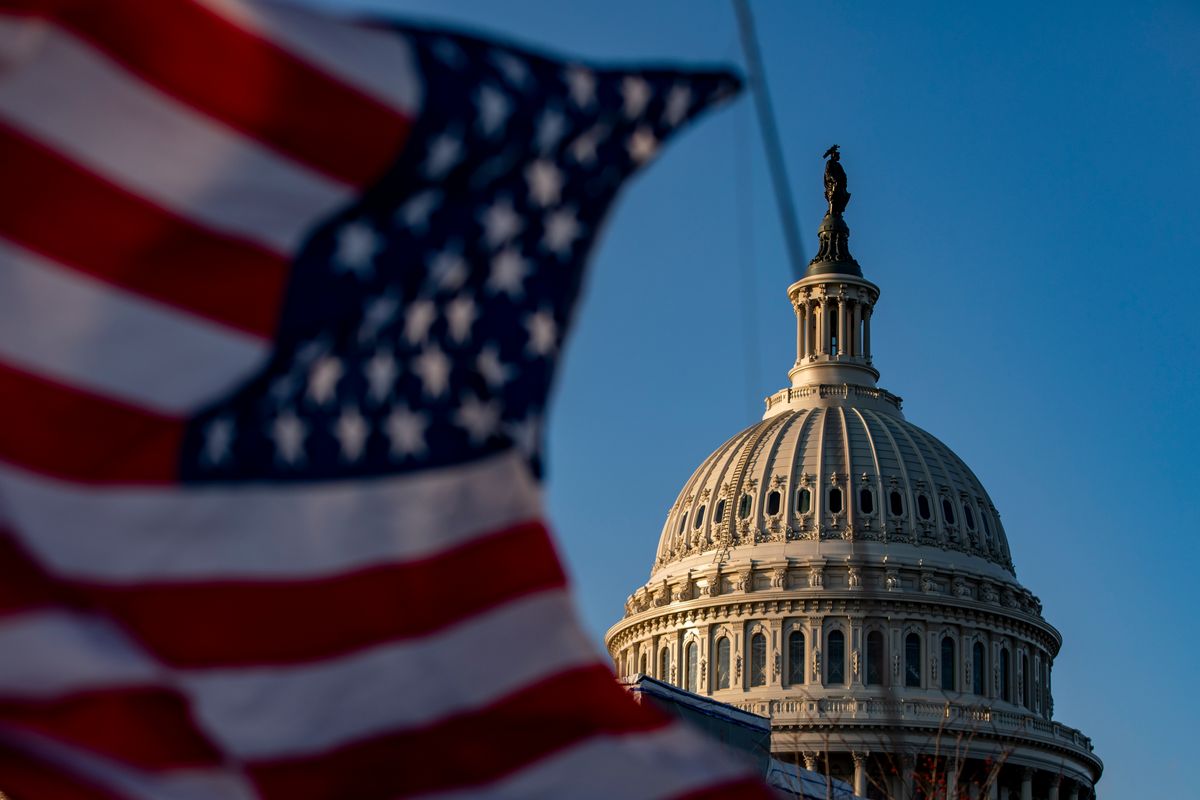 You shouldn't have to be a political scholar or journalist to easily navigate U.S. elections. Yet, with each state’s own set of rules and procedures for primaries — the process that determines which candidates from each party advance to a general election — can make even the smartest voter’s head spin.

Below, we explained the different types of primaries ahead of the Nov. 8 midterm elections — when voters will decide on all 435 seats in the U.S. House of Representatives, 35 positions in the U.S. Senate, numerous state offices, and a series of ballot measures. We'll be using data from the National Conference of State Legislatures (NCSL), a bipartisan research organization for legislators and staff.

[See here for a state-by-state breakdown of primary election dates, as of mid-March.]

Before you dive into the various categories of primary elections, know this: An "unaffiliated voter" is anyone who does not align with a political party, either by not answering the question on a voter registration form (if it's there) or declining membership via other ways.

Also, some states have different rules for primaries when they include presidential candidates (that will happen next in 2024). Those states are Alaska, Arizona, California, Connecticut, Kansas, Maine, Michigan, Nebraska, New Jersey, and North Dakota, according to the NCSL.

Texas Already Had Its 2022 Primary Election. What Type Was That?

Yes, on March 1, voters across Texas voted to determine which candidates would progress to the Nov. 8 general election. Republican Gov. Greg Abbott and Democrat Beto O’Rourke easily won their party's nomination for governor, and The Texas Tribune documented other results here.

Texas is among 15 states with what elections officials call "open primaries." Generally speaking, they allow voters to privately choose which party's ballot they want to complete in a primary election without registering as a member of that party. NCSL states:

This permits a voter to cast a vote across party lines for the primary election. Critics argue that the open primary dilutes the parties’ ability to nominate. Supporters say this system gives voters maximal flexibility — allowing them to cross party lines — and maintains their privacy.

In What States Must Primary Voters Choose Political Parties?

Meanwhile, nine states have the opposite of Texas' system, called "closed primaries." Under election laws in those areas, voters must first register with a political party before being able to cast ballots for party candidates, and voters typically make the declaration on their voter registration applications. NCLS writes:

This system deters “cross-over” voting by members of other parties. Independent or unaffiliated voters, by definition, are excluded from participating in the party nomination contests. This system generally contributes to a strong party organization.

What About Hybrid Systems?

A dozen states have "partially closed" or "partially open" primaries.

For the latter, voters who are registered with one political party (X) can submit ballots for the competing party (Y) — so long as they're willing to publicly declare their ballot choice or consider the vote as a form of registration for the new group (Y). In other words, elections officials would document the new signup and make that information accessible to anyone via open records laws, including leaders of state parties who want the data to measure their support.

States with partially open (six total): Illinois, Ohio, Indiana, Tennessee, Iowa, and Wyoming. In Iowa, specifically, voters must choose a party on the state's voter registration form, but then they can publicly change that choice for purposes of voting in a primary, according to NCLS.

On the flip side, a handful of states gives political parties the power to decide whether to allow unaffiliated voters to cast ballots for their party's candidates. They may allow you to participate if you haven't yet registered with their political party — or, they might not. Political scholars categorize these types of primaries as "partially closed," and NCLS states:

In this type of system, parties may let in unaffiliated voters, while still excluding members of opposing parties. This system gives the parties more flexibility from year-to-year about which voters to include. At the same time, it can create uncertainty about whether or not certain voters can participate in party primaries in a given year.

Other states in this category have laws that allow political parties to choose whether to allow unaffiliated voters to participate. In other words, they may allow you to participate if you haven't yet picked a political party to support — or, they might not. The answer can vary year-to-year.

Concurrently, some states allow unaffiliated voters to participate in any party's primary — but registered voters must cast ballots for the party they belong to. Unlike truly open primaries, as the NCLS states, these elections do not allow registered Democrats to cross over and vote in a Republican primary, or vice versa.

Primary elections in nine states meet this definition, according to the NCLS. They are (nine total): Arizona, Maine, New Jersey, Colorado, Massachusetts, Rhode Island, Kansas, New Hampshire, and West Virginia. In New Hampshire, specifically, unaffiliated voters must choose a party at polls in order to submit ballots in that party's primary, and election laws in Colorado require unaffiliated voters to return just one party's ballot if they're voting by mail, or pick which party's ballot they want to fill when they're voting in person.

What Is A 'Top-Two' Primary?

This type of election lists all candidates — regardless of their party affiliation — on one ballot for voters to fill out. Then, the two candidates with the highest amount of votes in each race progress to the general election, no matter if they represent the same party or not. Two states use this system, Washington and California, with varying rules on what appears next to candidates' names (a party "preference" or affiliation). NCLS writes:

For specific information about your state's process and laws, see this document by the NCLS.

‘Presidential Caucuses Are Complicated. Why Do Some States Use Them?’ PBS NewsHour, 9 Jan. 2020, https://www.pbs.org/newshour/politics/presidential-caucuses-are-complicated-why-do-some-states-use-them.

Primaries: More than One Way to Find a Party Nominee. https://www.ncsl.org/research/elections-and-campaigns/primaries-more-than-one-way-to-find-a-party-nominee.aspx. Accessed 14 Mar. 2022.