Behind the Government-Backed ‘Send Putin to Jupiter’ Campaign

The fundraiser has received more than $2.1 million. 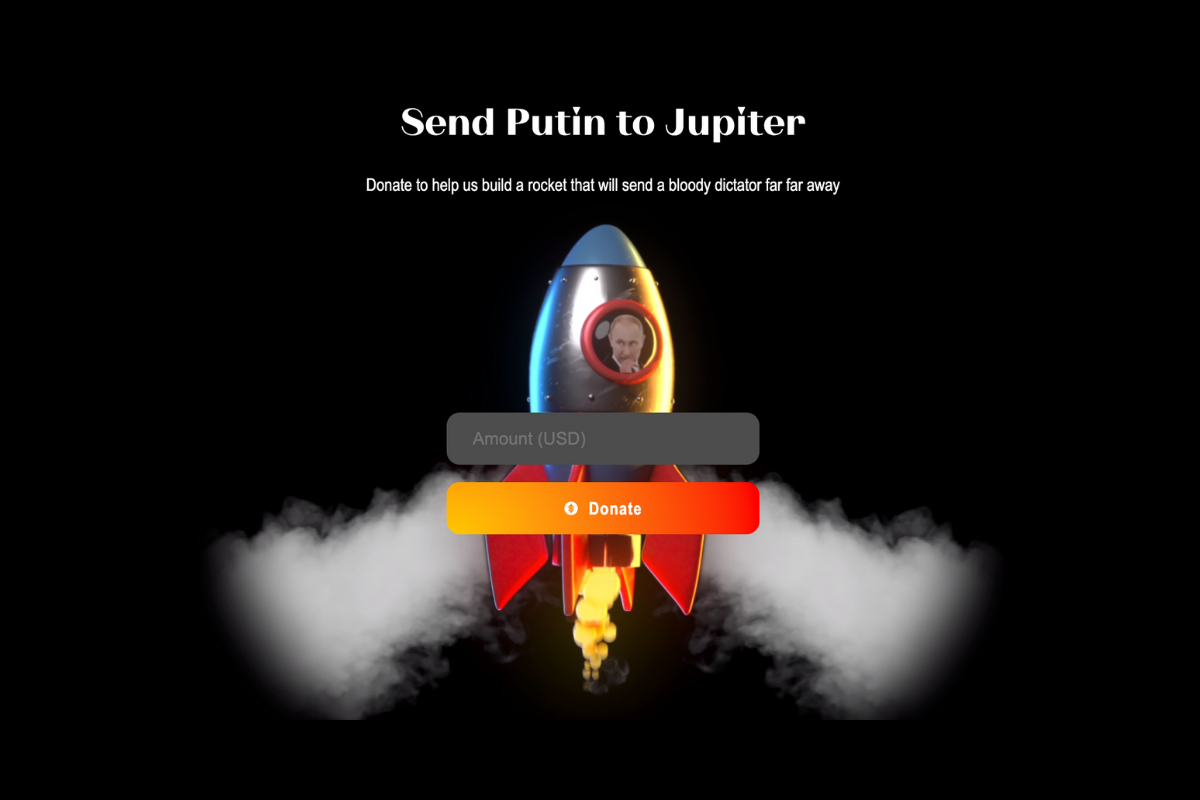 Even in the face of war, the Ukrainian government appears to have a special tactic to combat devastation: humor.

Humor may not be the official policy of leaders, but the Ministry of Digital Transformation of Ukraine, a government cabinet established in 2019 to digitize government service, employed friendly banter as a way to raise funds in its campaign to “Send Putin to Jupiter.”

The tongue-in-cheek fundraiser dates to early March 2022 and claims that the money will be used to build a rocket that will send the “bloody dictator far, far away.” Not literally, though. A post on Twitter  by Mykhailo Fedorov, a vice prime minister of Ukraine and minister of the country's digital transformation, announced that actually “all funds will be directed to the restoration of the destroyed infrastructure.”

An English-language version of the site notes that collected funds will also be used to help the armed forces of Ukraine.

The website, which belongs to the Ukrainian government’s financial institution State Enterprise Diia, features a gif of Russian President Vladimir Putin in a cartoon-styled rocket ship, with a photograph of the Kremlin’s face in a peephole. As of this writing, more than $2.1 million of the $100 million goal has been raised in the nine days since its inception.

Why Jupiter? According to the site, because it is a “gas giant” and the “largest planet in the solar system.”