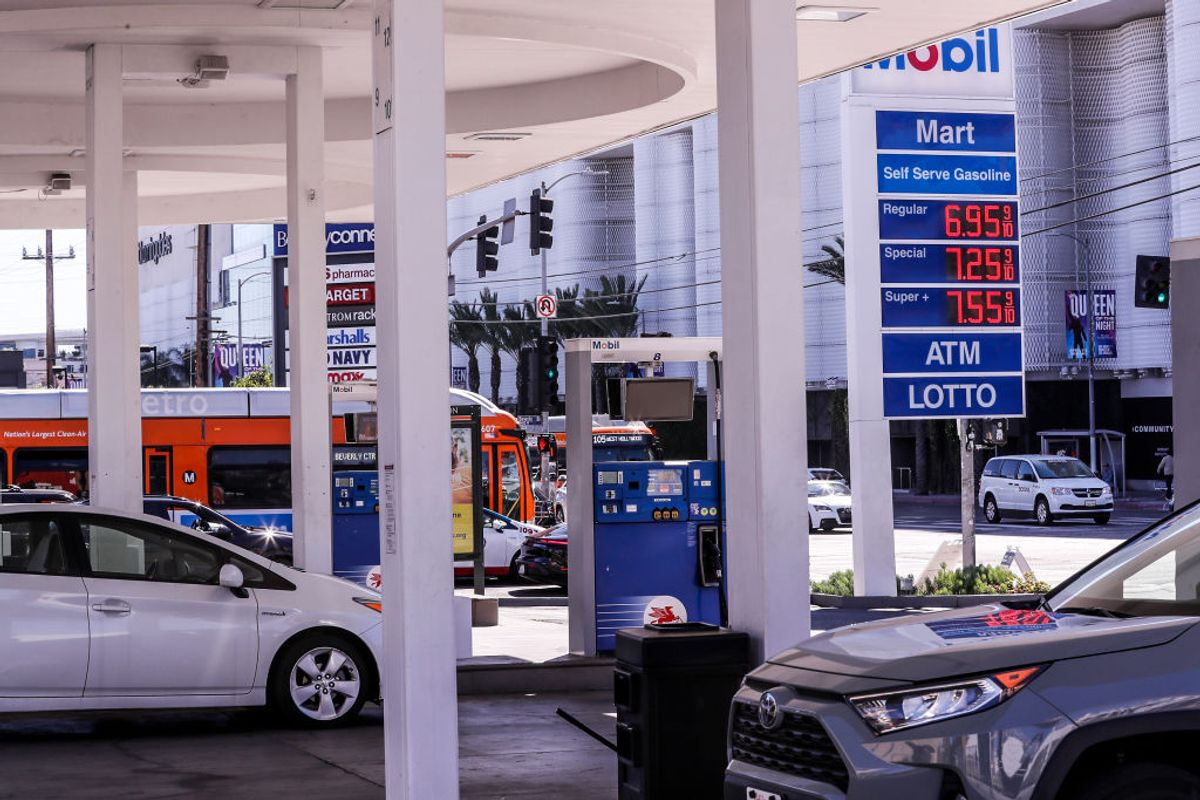 Inflation hit a fresh 40-year high in February as the Consumer Price Index surged to 7.9%, the U.S. Bureau of Labor Statistics reported on March 10, 2022. The continuing surge in inflation comes amid growing fears that the recovering U.S. economy might suffer significantly from the knock-on effects of sanctions against Russia over its invasion of Ukraine. The resulting spike in oil prices in March will not only keep inflation climbing but could induce a recession as energy prices drive up costs for consumers and companies.

We asked Veronika Dolar, an economist at SUNY Old Westbury and visiting professor at Stony Brook University, to explain stagflation, what causes it and why presidents and policymakers hate the phenomenon.

Each measure tells its own important story about how the economy is doing. GDP – or the total output of all good and services produced – shows us what the broader economy is doing, unemployment tells us about the job situation, and inflation measures the movement of prices.

But their stories also overlap. And unfortunately, they usually don’t all tell us good news at the same time.

Under normal circumstances, there are trade-offs. You usually can’t have a strong pace of GDP growth and low unemployment without suffering the pains of higher inflation. And if you’re able to keep inflation low, that usually comes at the expense of subdued GDP and possibly higher unemployment.

So, normally there is some good news and some bad news. But with stagflation, there is no good news.

Stagflation happens when the economy is experiencing both economic stagnation – stalling or falling output – and high inflation. Additionally, a struggling economy will drive up unemployment.

In other words, all three macroeconomic indicators are going in the wrong direction.

Has the US Experienced It Before?

The last time this happened in the U.S. was in the 1970s, another period when energy prices were skyrocketing.

As a result of an embargo led by OPEC, a cartel of oil-producing countries, the price of crude doubled from 1973 to 1975.

Countries like the U.S. that imported a lot of oil experienced both high inflation and recession. The Consumer Price Index exceeded 10% for the first time since the 1940s, unemployment jumped from 4.6% in 1973 to 9% in 1975, and the GDP plunged.

The same events – OPEC pushing up prices, inflation soaring, economies sinking into recession – repeated just a few years later. Over this period, rising unemployment and reduced business activity meant everyone had less money, yet surging inflation meant every dollar was worth a little bit less every day.

Moreover, this experience with stagflation fundamentally altered Americans’ way of life and ushered in an era of fuel conservation and rationing not seen since World War II.

The causes of stagflation are still hotly debated by economists. Before the 1970s, they generally didn’t believe it was possible to have both high inflation and high unemployment from a stagnating economy. Economists had thought that unemployment and inflation were inversely linked.

There are a few different theories on how both high inflation and a stagnating economy can coexist, however.

The most common is that stagflation happens when there is a so-called negative supply shock. That is, when something that is crucial to an entire economy, such as energy or labor, is suddenly in short supply or becomes more expensive. One obvious example is crude oil.

Oil is a key input into the production of many goods and services. When some event, like the Russian invasion of Ukraine, reduces the supply, the price of oil rises. Businesses in the U.S. and elsewhere that produce gasoline, tires and many other products experience rising transportation costs, which makes it less profitable to sell stuff to consumers or other companies no matter the price.

As a result, a great number of producers decrease their production, which decreases aggregate supply. This decrease leads to falling national output and an increased unemployment rate together with higher overall prices.

Can the US Do Anything About It?

For policymakers, there’s almost nothing worse than the specter of stagflation.

The problem is that the ways to fight either one of those two problems – high inflation, low growth – usually end up making the other one even worse.

The Federal Reserve, for example, could raise interest rates – as it’s widely expected to do on March 16, 2022 – which can help reduce inflation. But that also hurts economic activity and overall growth, because it puts the breaks on borrowing and investment. Or policymakers could try to spur more economic growth – whether through government stimulus or keeping interest rates low – but that would likely end up fueling more inflation.

Put another way, you’re damned if you do, damned if you don’t. And that means solving the problem may simply depend on circumstances out of U.S. policymakers’ control, such as an end to the crisis in Ukraine or finding ways to immediately increase oil supply – which is tricky.

In other words, stagflation is a nightmare you never want to live through.

[More than 150,000 readers get one of The Conversation’s informative newsletters. Join the list today.]