Support for Democracy Is Waning Across the Americas

Across North, Central and South America, and parts of the Caribbean, 63% of the public expressed support for democracy in 2021. 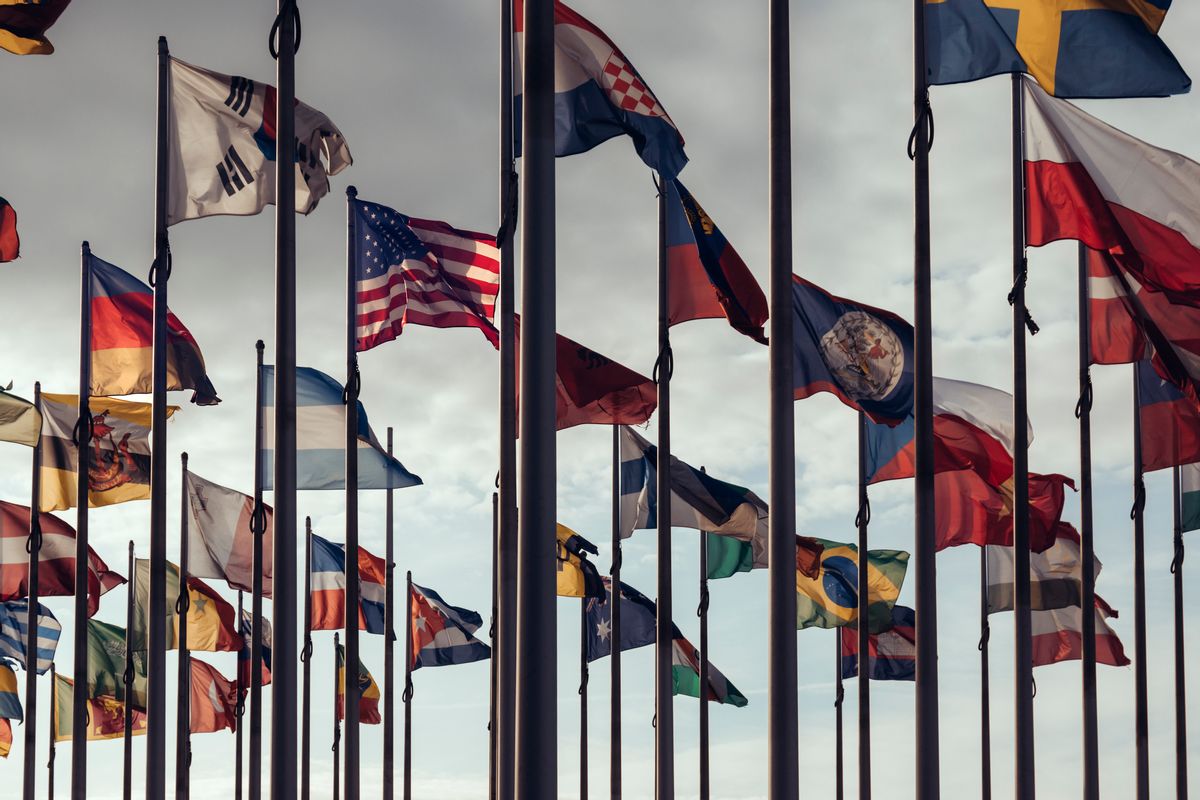 People are losing faith in democracy throughout the Western Hemisphere.

Across North, Central and South America, and parts of the Caribbean, only 63% of the public expressed support for democracy in 2021. This is a main takeaway from the most recent AmericasBarometer surveys we have conducted every other year: Support for democracy has declined by almost 10 percentage points since 2004.

The 2021 round – which encompassed 64,352 interviews of voting-age adults in nationally representative surveys across 22 countries in North, Central and South America and the Caribbean – offers important insights into what’s driving declining support for democracy in the region.

And it points to a possible explanation for the growth of support for authoritarian leadership in places like the United States, Peru and El Salvador.

What is eroding democracy’s appeal?

A growing number of people view their elections, and their elected representatives, as flawed and untrustworthy.

On average, about 3 in 5 adults in the region think most or all politicians are involved in corruption. These views, however, vary quite a bit across countries. In Peru, 88% of citizens believe that most or all of their politicians are corrupt. Only 20% of Canadians feel that way about their leaders.

When asked to what extent they trust elections in their country, only 2 in 5 adults in the region gave a positive response. And in most of the countries we survey, less than half of all adults believe that votes are always counted correctly.

Cynicism on the Rise

Across the Americas, the public is becoming increasingly disenchanted with elections and elected representatives, our surveys indicate.

These attitudes are correlated with declining support for democracy: The more cynical people are about the integrity of their elections and elected representatives, the less likely they are to support democracy.

In many cases, such negative views of electoral politics are justified.

Waves of high-profile corruption scandals rocked the Americas in recent years. The Panama Papers, a trove of financial documents leaked in 2015, revealed that politicians across the region had been evading taxes through secretive offshore accounts.

In late 2016, Brazilian construction company Odebrecht admitted that it had spent hundreds of millions of dollars bribing public officials across the region to secure public contracts.

There have also been scandals related to the COVID-19 pandemic, including politicians misusing emergency funds or accessing vaccines before the general public.

Former presidents are jailed or under investigation in more than half of the large democracies in the Western Hemisphere, including Argentina, Bolivia, Guatemala and Peru.

Elections have become deeply contentious. Sometimes this is because of misinformation campaigns, as in Peru in 2021 and the United States in 2016 and 2020. At other times, conflict arises because of actual mismanagement – and possible fraud – as was the case in Bolivia in 2019.

The experiences of the recent past have made people in the Americas cynical about electoral democracy. 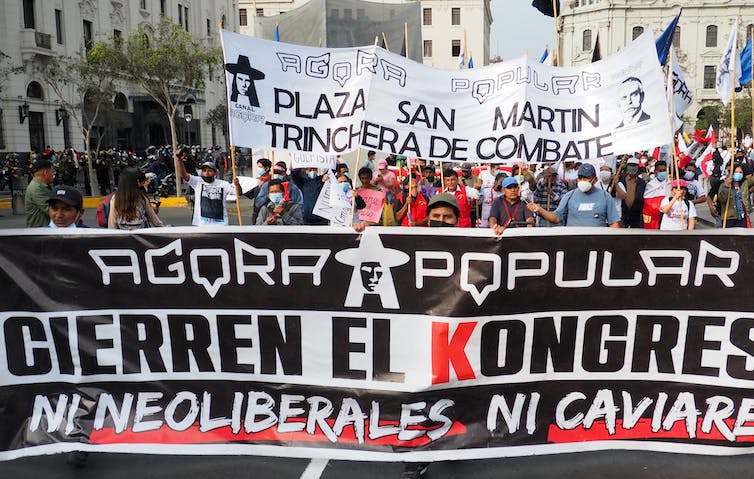 Free Expression Is a Priority

This cynicisim does not mean the region is ready to give up on democracy altogether.

When the 2021 AmericasBarometer asked people in the region to consider whether they would rather have a political system with elected representatives or one that guaranteed a minimum standard of living without elections, 54% chose the latter.

But when they were asked to choose between a guaranteed standard of living and a system that protects freedom of expression, 74% would rather be able to speak freely without fear of repercussions.

The difference in these responses indicates that most people in the Americas want their voices heard, but they don’t think most of their elected representatives are listening.

Instead, they’re increasingly turning toward charismatic populists to channel their voices against experienced politicians they believe to be corrupt. 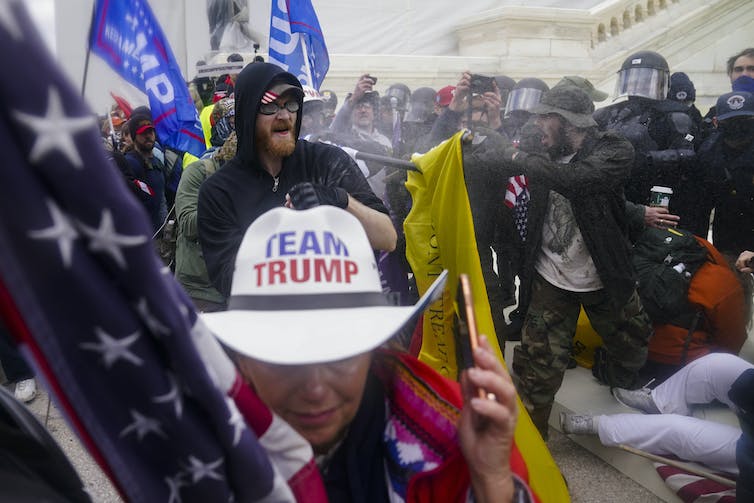 People who believed that Donald Trump should stay in the White House swarmed the U.S. Capitol on Jan. 6, 2021.
AP Photo/John Minchillo

Being Open to Closing Congress

Our survey asks people if they would find it justifiable for a president to shut down their national legislature in difficult times – a kind of coup known in Spanish as an autogolpe.

Support in the Americas for this extremely antidemocratic action has increased substantially, to 30%. That’s more than double levels seen in 2010.

In early 2019, our survey detected a significant increase in tolerance for shutting down the Congress in Peru. In late 2019, Peruvian President Martín Vizcarra did exactly that.

That same year, we detected a similar uptick in the United States – driven by an unprecedented 21-percentage-point increase among Republicans. Less than two years later, on Jan. 6, 2021, hundreds of Trump supporters attacked the U.S. Capitol.

Meanwhile, the public in El Salvador similarly became more tolerant of executive closure of that country’s Congress amid high public support for President Nayib Bukele. He has ordered security forces to intimidate the legislature and has centralized power in the executive office.

Modern democracies are supposed to translate the people’s voice into politics through elected representatives.

[Over 150,000 readers rely on The Conversation’s newsletters to understand the world. Sign up today.]

But across the Americas the public is losing faith in that system. A growing number of eligible voters prefer to see people whom they consider to be strong leaders run the government – even if that means skipping elections or overturning their results.

In our view, unless citizens everywhere from Alaska to Argentina regain confidence in the integrity of their elections and representative institutions, https://www.gettyimages.com/detail/photo/flags-of-different-nations-on-high-flagpoles-royalty-free-image/1287077245?adppopup=truedemocracy across the Americas will remain endangered.