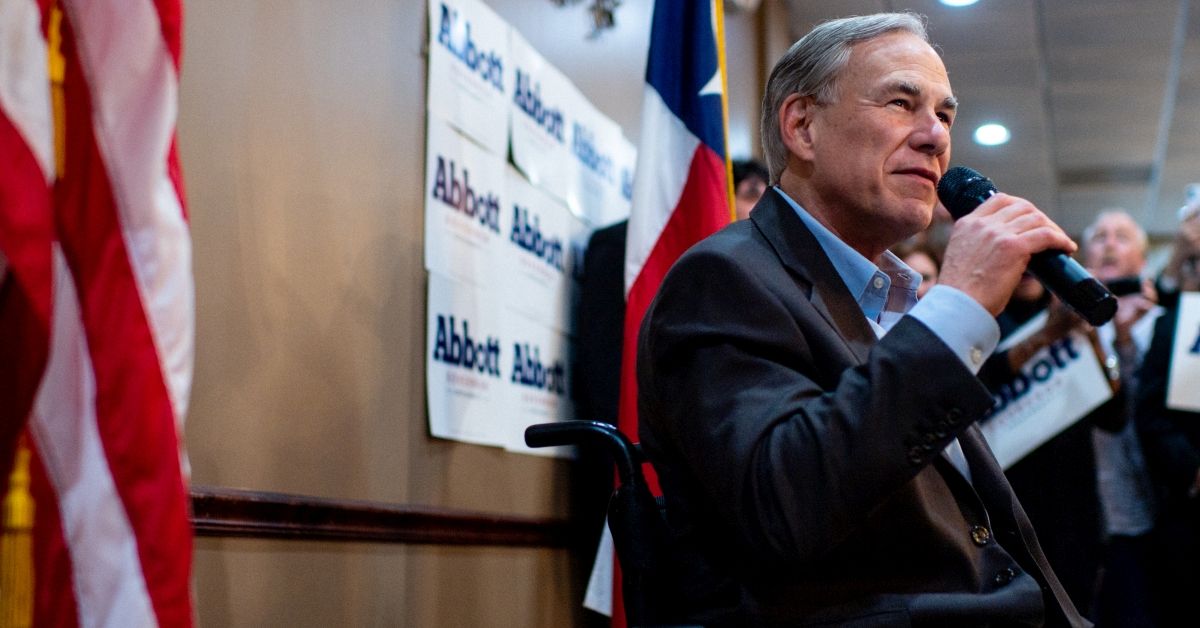 Texas child protective services opened an investigation into one of its own employees for providing medical care to a transgender child, prompting that employee to file a lawsuit. A judge granted the employee's request to block the investigation from moving forward, pending further court hearings.

The lawsuit, filed March 1, 2022, in Travis County, accuses Texas Gov. Greg Abbott and the Texas Department of Family and Protective Services (DFPS), of placing the employee on leave from her position at DFPS for providing health care to her transgender child. The suit states the employee's family is being investigated for alleged child abuse, solely because they are providing care for their child, an act the Texas governor has falsely equated with child abuse.

On Feb. 22, 2022, Abbott, acting on an opinion by Texas Attorney General Ken Paxton, sent a letter to DFPS requesting that parents who provide medical care to transgender children, referred to by the medical community as gender-affirming care, be investigated for child abuse. Critics have slammed the move as dangerous and politically motivated.

The lawsuit identifies the plaintiffs as Jane and John Doe, the parents of Mary Doe, a transgender girl, and Dr. Megan Mooney, a Houston-based psychologist who has worked with transgender youth for years. It accuses Texas government officials of mischaracterizing the health care the transgender children receive and causing "terror and anxiety among transgender youth and their families across the Lone Star State," while singling them out "for discrimination and harassment."

The lawsuit accuses Texas government officials of putting parents and health care providers in an impossible position in which providing necessary medical care for transgender children carries the threat of criminal proceedings.

A state judge on March 11, 2022, granted a temporary restraining order blocking such investigations statewide, until the case is heard in July.

In a statement, the World Professional Association for Transgender Health (WPATH), which sets the standard of care for the medical treatment of transgender people, slammed the actions of Texas officials:

Targeting trans youth, their parents, and their health care providers for political gain is unconscionable. We strongly denounce this alarmist and misguided opinion which could obstruct access to medically necessary care. It is yet another example of the profound misunderstanding of the conditions under which transgender people live, and a profound lack of compassion for the need for responsible medical care that helps trans people, including trans youth, to thrive and contribute to society.

We sent a message to Abbott's office seeking comment on the criticism but haven't yet received a response. We will update this story when and if we do.

The lawsuit accuses Abbott of circumventing the "will of the legislature," noting that the Texas state legislature considered but rejected a bill that would have classified medical treatment for transgender children as child abuse. In so doing, Abbott overreached legal limits on his power, the suit says, while violating the Constitutional rights of "transgender children, their parents, and professionals who provide vital care to transgender children."

Some, but not all, transgender people have a condition called gender dysphoria, in which they suffer from psychological distress resulting from "an incongruence between one’s sex assigned at birth and one’s gender identity." Transgender adolescents have a higher rate of attempted suicide in comparison to their peers.

Before the directive went into effect, WPATH sent a letter in September 2021 to Paxton's office outlining a number of mischaracterizations and misperceptions about the medical care received by transgender children.

For starters, treatment for gender dysphoria isn't "elective," it is medically necessary, per WPATH. And contrary to common belief, surgical procedures that change external physical characteristics like genitalia are not generally recommended by medical professionals for minors. The effects of treatments like puberty suppression are reversible and don't result in sterilization. And "supraphysiologic doses" of hormones like testosterone and estrogen are not prescribed for transgender youths, per WPATH.

"Dosages of these hormones are carefully monitored so that the blood levels achieved do not exceed the normal levels found in the human body corresponding with the gender identity of the patient," according to WPATH's letter.

Treatment for transgender youths is individualized and closely monitored, and involves informed consent throughout for all parties involved, according to WPATH.

It is critically important for every child to have access to quality, comprehensive and evidence-based care — transgender and gender-diverse youth are no exception. As pediatricians, we will continue to speak up and advocate for our patients. We also want transgender and gender-diverse youth to know that not only do we care for them, we care about them, we value them and we will do all we can to ensure they have access to the care they need and deserve.

Both Abbott and Paxton are up for reelection later this year, but Paxton faces a run-off in May to be the Republican candidate for state attorney general.

“The Azov Regiment Has Not Depoliticized.” Atlantic Council, 19 Mar. 2020, https://www.atlanticcouncil.org/blogs/ukrainealert/the-azov-regiment-has-not-depoliticized/.

“‘When a Child Tells You Who They Are, Believe Them’: The Psychologist Taking on Texas’ Anti-Trans Policies.” The Guardian, 2 Mar. 2022. The Guardian, https://www.theguardian.com/world/2022/mar/02/megan-mooney-texas-psychologist-taking-on-anti-trans-policies.