'From a Pastor in Lviv' Message Goes Viral on Facebook

We found the origins of the message from Ukrainian Pastor Igor Ivanishin. 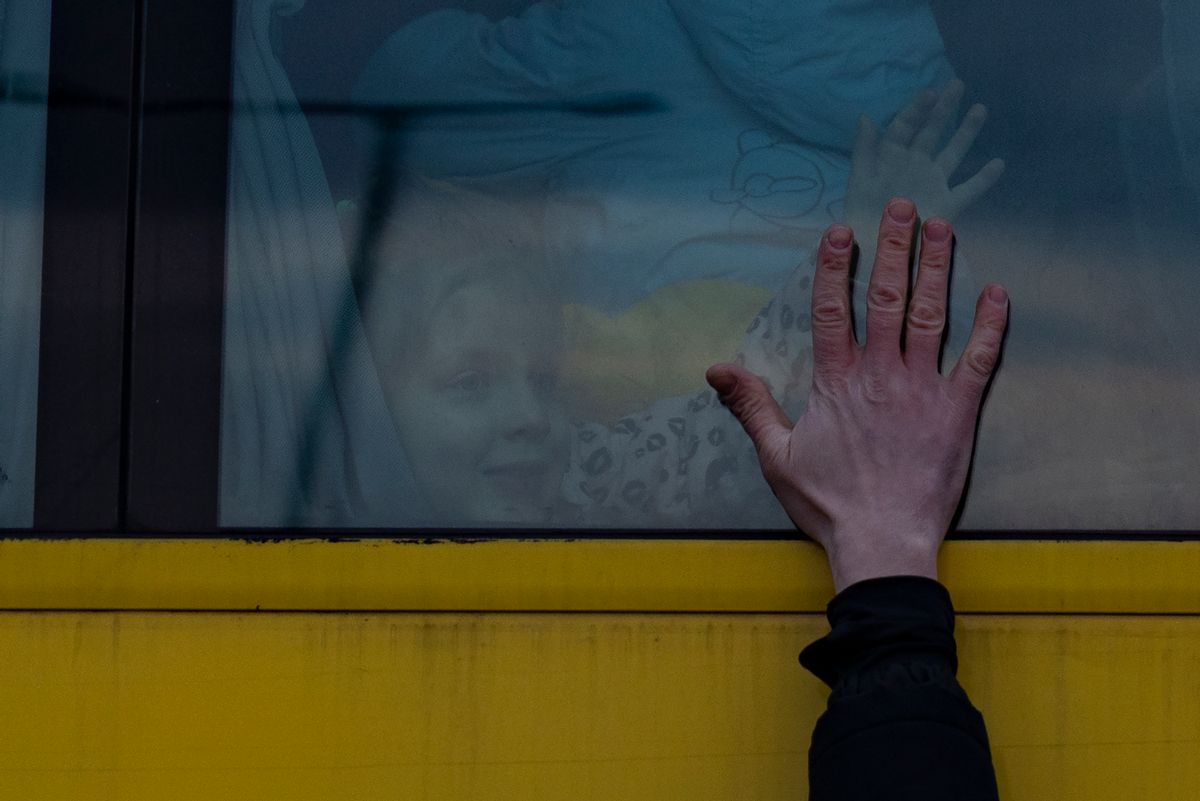 A Facebook post titled, "From a Pastor in Lviv," has been making the rounds on social media, documenting a message from a man in Ukraine named Pastor Igor Ivanishin. It came just two days after Russia began its invasion of the country.

'From a Pastor in Lviv'

The copypasta message from the Christian pastor read as follows:

From a pastor in Lviv:

This is what Igor, the pastor in Lviv whose post I shared last night, just mailed me:
"please tell your people, because of their prayers, God really fights our battles. The rockets disappear in the air without reaching our homes and no one knows where did they go. enemy tanks run out of fuel, Russian troops get lost and ask our locals for food and for directions - that is definitely God because we are dealing with the second strongest army in the world. And this morning Kyiv and other major cities are still free and we. in Lviv did not have to run to the basements"

thank you for your prayers!!!

We searched for keywords in the message and sorted the Facebook results to see public posts. Those results showed that Ivanishin's (Pastor Igor's) message from Lviv, Ukraine, was being virally shared as a screenshot.

The message appeared to have been first posted by a man named Terry English on Feb. 26.

His post had also been shared more than 1,000 times.

We contacted English, who lives in the city of Ostrava in the Czech Republic. He works with Josiah Venture. The Facebook page for Josiah Venture described their efforts: "We want to see a movement of God among the youth of Central and Eastern Europe that finds its home in the local church and transforms society." It also said that they "currently serve in 16 countries."

Over Facebook Messenger, English told Snopes that Pastor Ivanishin's Christian church in Lviv was a "partner church." English said: "We have worked alongside them in developing different types of youth work in Ukraine."

Ivanishin's YouTube channel showed more than a decade of videos of his family's involvement in various church functions, including with his wife, Elina.

Ivanishin, dubbed the "pastor in Lviv" by all of the viral Facebook messages, posted the following update on March 3:

One of his daughters, Sophia, also recorded the following clip with sirens blaring in the background:

English continued: "I've known Igor for many years. I equip churches to work with young people and started working with his church around ten years ago. I have worked alongside his church several times, sending teens from my city of Ostrava to serve at camps that his church runs, and also hosting teens from his church."

We asked English where Ivanishin was as of March 4. "Right now he is in Lviv, Ukraine," English said. "We have offered accommodations to people from their church, but for now most of them are choosing to stay and help refugees, as has most of our Ukrainian staff. It is one reason why I love working with Ukrainians. They are a LOT of fun, very spontaneous, but also extremely generous and servant-hearted."

Helping Those in Need

On the Telegram app, Ivanishin has posted regular updates of his church's efforts to help refugees, elderly church members, and others in need. One post read: "Today we supplied 80 infants with baby food, childcare cosmetics, and medicine." The goods were apparently given to an orphanage. The messages on Telegram showed the Ivanishins, along with other church members, filling shopping carts with supplies. According to English, the purchases appeared to be made possible through both donations and money from some of the church members' own pockets.

One of the Telegram messages from March 2 also shared this story:

Nastya (former member of our church) with her husband and dog and 7 other relatives, also being pregnant, left from the city Rubizhne (Luhansk region) and came to Lviv. This is the way across Ukraine.

Nastya texted me that they were looking for a place to spend the night in Vinnytsia. That's how our survival quest started. Every night Nastya asked me where they could stop before the curfew (10 PM), and I was asking my believers-friends in request to let them in for a night and I did find those people.

They didn't reach Vinnytsia at that point. I found shelter for them near Uman' in adventist church. This was happening during 3 days. They kept me updated where they were driving but they didn't have enough time to reach those destinations, so I was looking for an extra option. We didn't give up. Our church was praying for them at the evening prayer. The last stop wasn't planned, they had to sleep in an unheated room with their clothes on. But in the morning they reached Lviv and it was a victory.

Our American missionaries allowed them to live in their apartment. Nastya cried the tears of joy because she hadn't expected that God would have taken care of her so much. On the photo we finally met on March 1st. They were passing bomb-ruined towns, they were outdriven by other citizens, some of them had guns. My friends weren't sure they would survive, thought they would be shot with rifles. But they turned out to be Ukrainians, scared by Luhansk license car plates.

Please pray for this family. Illia is helping in an organizations that manages humanitarian relief for refugees and Nasya's due date is very soon. Pray that God blessed their plans.

English added of Ivanishin: "He is actually a very modest person, so you will never truly know how much he is doing."

Note: The caption for the photograph at the top of this story reads as follows from Getty Images: "A father says goodbye to his family as they leave for Poland on a bus on March 03, 2022, in Lviv, Ukraine. More than a million people have fled Ukraine following Russia's large-scale assault on the country, with hundreds of thousands of Ukrainians passing through Lviv on their way to Poland."