It's all in the name of love. 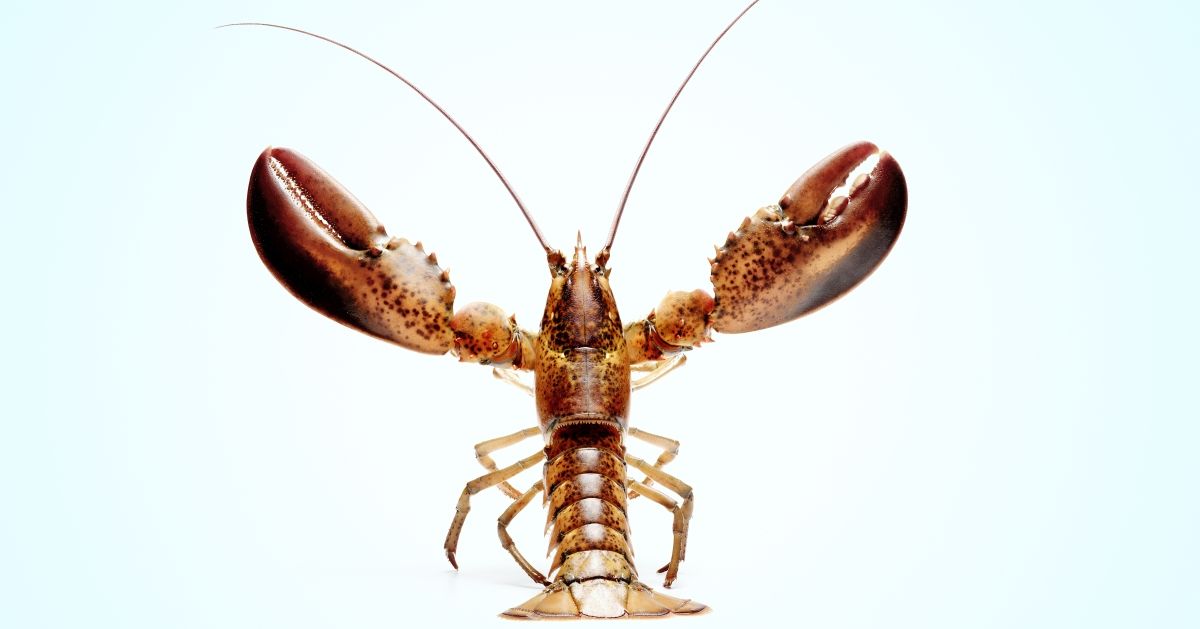 The animal kingdom has a funny way of showing love. A male octopus will detach a sperm-laden arm when he finds a viable mate, while a female praying mantis will often decapitate and ingest the heads of her mates after copulation. Gorillas in captivity have been recorded engaging in sexual acts, and barnacles can change the size and shape of their penises in what is called phenotype plasticity.

Lobsters, as well, have a special trick up their sleeves when it comes to finding a partner.

Like many species in the animal kingdom, including ourselves, lobsters use scent as a means of communication. As the New England Aquarium (NEAQ) put it simply, lobsters “talk” to one another when “they pee in each other’s faces.”

Pheromones are a type of a chemical produced by an animal that can act like hormones outside of the body and affect the animals surrounding them. Found within a lobster’s pee are a fair number of pheromones, which they disperse through their nephropore rosette glands. The bladder of a lobster is located under its brain, and the rosette glands are connected to the urinary tract. Once these pheromones are produced, they are introduced into the urine stream. In the case of the American lobster, scientific name Homarus americanus, this pheromone-rich pee is released from nephropores at the base of the lobster's large antennae and then injected into its gill current. According to the NEAQ, it has been determined that this urine stream can reach a length of seven times the lobster's body.

Okay, but why? It has to do with a combination of anatomy and defensiveness. Male lobsters tend to be territorial, and their body makeup reflects that. Their claws are located at the front, which enables the lobster to back into a shelter and face outward toward the entrance, setting up a first line of defense — and attracting a mate.

“In the lobster world, one large male typically dominates an area, and the females line up to mate with him. To get him in the mood, the female waits outside of his den, peeing in his direction out of specialized nozzles on her face,” wrote the marine conservation organization Oceana.

“Her urine contains pheromones that let the male know she is ready to reproduce. Once he lets her into his den, she removes her exoskeleton, effectively stripping naked in order to mate.”

Males will fight both for the best shelter and the interest of their ladies. The winner of a duel — and thus the more dominant of the two — will urinate to notify any single females. It’s thought that the winner of a match will also contain more serotonin and happy hormones, making him even more attractive to a would-be match.

How does a female return the favor? By peeing in his face, of course. Pheromones released in a female’s urine are thought to reduce the aggression of an embattled male and he’ll often allow the female to enter his burrow, where she might stay for up to two weeks. While the two shack up, the cohabitating female will also be urinating to ward off other ladies in the area — until it’s their turn.

If you like reading about weird animal habits, you might also enjoy these stories from the Snopes critter country:

“The Argonaut Octopus Gives His Arm to Inseminate His Mate.” Magazine, 13 June 2019, https://www.nationalgeographic.com/magazine/article/argonaut-octopus-detaches-his-tentacle-to-impregnate-his-mate.