Are These Claims About Zelenskyy’s Family and Career True?

A roundup of the resume and history of the Ukrainian president. 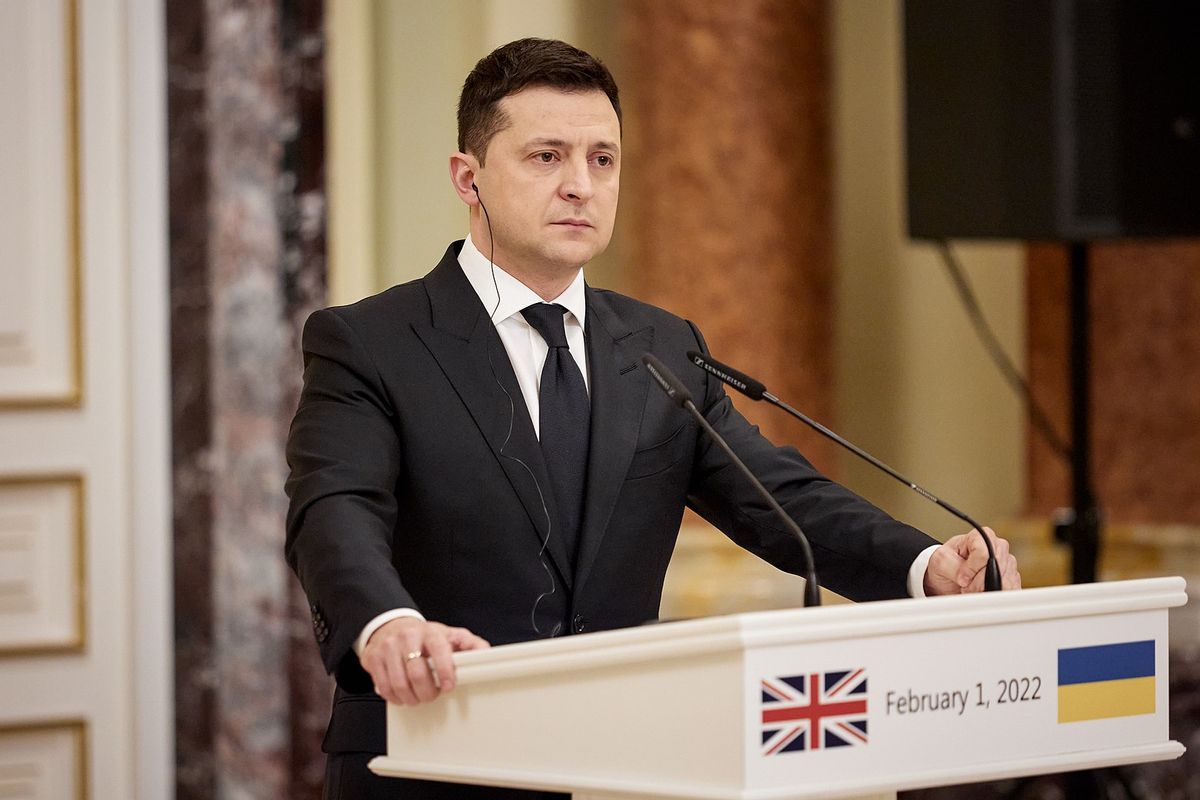 As Russian forces invaded Ukraine in late February 2022, the world rallied behind Ukrainian President Volodymyr Zelenskyy as a unifying force who resolutely defied Russia with his speeches and refusal to leave his country during wartime.

The internet latched onto Zelenskyy’s colorful history as a comedian and performer and his unusual rise to power, and began sharing memes about him. We break down some of the claims below.

Zelenskyy is Jewish and his grandfather and three great uncles fought the Nazis, a detail he highlighted in a speech where he spoke directly to the Russian people on Feb. 24, 2022. He responded to Russian President Vladimir Putin’s claims that Russia would “denazify” Ukraine, with his own family history:

They tell you that we’re Nazis. But how can a people that lost 8 million lives to defeat the Nazis support Nazism? How can I be a Nazi? Say it to my grandfather, who fought in World War II as a Soviet infantryman and died a colonel in an independent Ukraine. They tell you that we hate Russian culture. How can one hate a culture? Any culture? Neighbors always enrich each other’s cultures.

His full speech can be seen below, and a transcript for the speech is available here:

Zelenskyy’s grandfather, Semyon Ivanovich Zelenskyy, and three great uncles did fight in World War II for the Soviet’s Red Army against the Nazis.

In a joint 2020 speech with Israeli Prime Minister Benjamin Netanyahu, he described how three of his grandfather's brothers were executed by the Germans. He said of his grandfather: “He survived World War II contributing to the victory over Nazism and hateful ideology. Two years after the war, his son was born. And his grandson was born 31 years after. 40 years later, his grandson became president. And today he stands before you.”

According to Brittanica, Zelenskyy studied at Kryvyy Rih Economic Institute, the local campus of Kyiv National Economic University, and graduated with a law degree in 2000. He became a comedian and actor and was largely known for his entertainment career until the mid-2010s.

In 2006, Zelenskyy won the very first season of Ukraine’s version of the “Dancing with the Stars” franchise. This video shared on the show’s Facebook page shows the future president even managed to dance with blindfolds on:

Studio Canal, the producers of the 2014 children’s film Paddington and the 2017 sequel Paddington 2, confirmed to The Hollywood Reporter that Zelenskyy had voiced the Ukrainian version of the titular cartoon bear character. A behind-the-scenes video of Zelenskyy doing voice work also went viral:

Actor Hugh Bonneville, who was also in the Paddington movies, tweeted about Zelenskyy’s involvement.

Zelenskyy became widely known as the star of a popular satirical Ukrainian television show in 2015, called "Servant of the People." In the show, he played a schoolteacher who accidentally becomes president of Ukraine after a video of him condemning government corruption goes viral.

Zelenskyy set up his own grassroots political party in real life in 2018, called Servant of the People, and was elected to power in 2019.

Zelenskyy also played a significant role in U.S. President Donald Trump’s impeachment, though he may not have been a “source” as the above Reddit post is claiming. He was thrust into the center of scandal when their phone call in which Trump was congratulating him for winning the presidential election turned into a discussion about investigating political rivals.

As per transcripts of their conversation, in July 2019, Trump urged Zelenskyy to investigate former U.S. Vice President Joe Biden who was also the frontrunner candidate to oppose Trump in the 2020 presidential election, as well as his son. Trump had blocked military aid to Ukraine before the call and a senior official testified that the president made clear on the call that military aid was conditional on his political rival being investigated, which the White House denied.;

Trump alleged that Biden had abused his power to pressure Ukrainian authorities to back away from a possible criminal investigation involving his son, Hunter Biden, and his work with a Ukrainian energy company, allegations that were later discredited. But Democrats said that Trump went against the law by pressuring a foreign power to influence an election. Ultimately even though the House voted to impeach Trump, he was acquitted by the Senate.

Zelenskyy, according to The New York Times, had been trying to mollify Trump’s camp for months before the call, while holding onto support from Congress members and diplomats who told him not to get caught up in American politics. It was against this backdrop and the blocking of military aid to Ukraine that Zelenskyy told Trump in the call that his prosecutor would carry out an investigation into the Bidens, but asked for more information.

On March 1, 2022, Zelenskyy received a standing ovation from the European Union parliament as he delivered an emotional speech, in between missile strikes saying, “We will overcome everything.” He described Russian missile attacks on Freedom Square in the Ukrainian city of Kharkhiv, where at least 10 people were killed.

Zelenskyy’s unique resume, his dramatic and even comedic rise to power, and his past brushes with the Trump administration, have made him a popular hero and wartime president amidst the Russian invasion of Ukraine.