The soldiers went viral for their act of defiance early on in the Russian invasion. 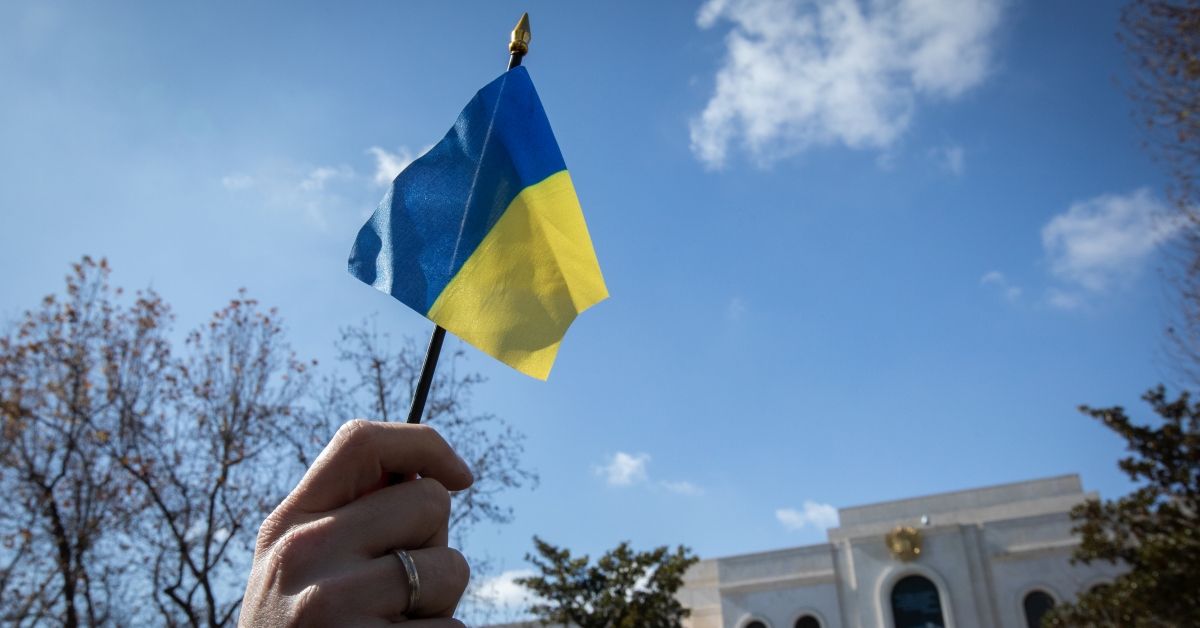 The Ukrainian military is reporting that the soldiers who famously told Russian invaders to "Go fuck yourselves" are still alive and being held captive, despite initial reports saying they had been killed.

When Russian forces attacked Ukraine in late February 2022, they encountered fierce resistance. One of the first interactions demonstrating this ferocity went viral as an exemplification of heroics in the face of death. In an audio recording widely shared online, a Russian ship could be heard addressing the crew of 13 guarding Snake Island, off Ukraine's southwest coast.

The Russian ship instructed the crew to lay down their weapons or "be bombed."

"Go fuck yourselves," the Ukrainians said in response.

At this point, it was initially believed that they were killed by the Russians, so much so that Ukrainian President Volodymyr Zelenskyy awarded them what were believed to be posthumous commendations.

However, the Ukrainian Navy announced in a Feb. 28, 2022, Facebook post that the 13 soldiers were not dead; they were in fact alive and well and being held captive. The post by the Ukrainian military requested that the Russians return the soldiers, along with the crew of the Sapphire, a civilian vessel that had gone on a search and rescue mission for them.

The Ukrainian Navy said it had at first believed that the soldiers were dead because Russian bombardment destroyed the island's infrastructure, and thus they were unable to communicate with the crew.