Why Do Sea Urchins Wear ‘Hats’?

Aside from their love for adornment, urchins are also known for interesting habits. 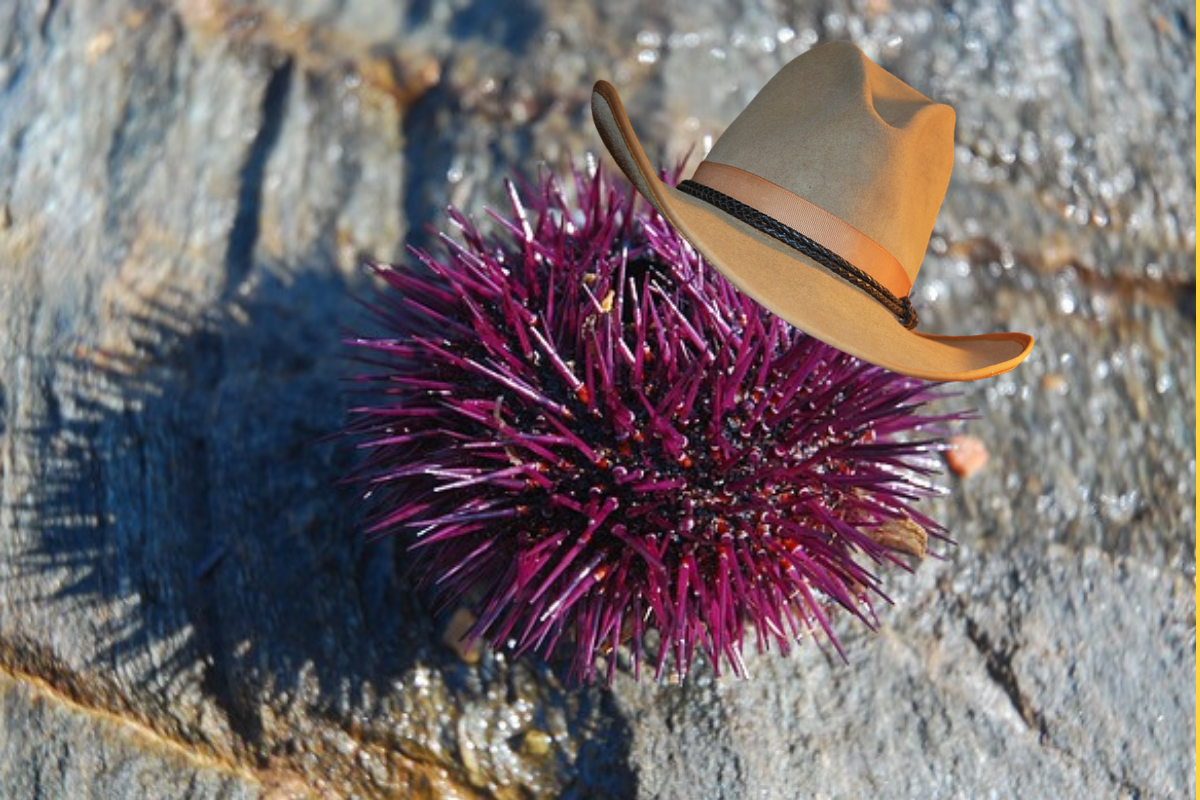 Found in oceans around the world, sea urchins — scientific name Echinoidea — are small, seafloor-dwelling creatures encased in spines on the outside yet without a bone on the inside.

In April 2020, a number of publications like Newsweek and Bored Panda reported on an aquarium enthusiast who, after discovering that his sea urchins adorned themselves with shells, provided tiny 3D-printed hats for the echinoderms — a group that includes urchins and starfish.

Naturally, we wanted to find out if the globular animals really topped themselves with materials found along the seafloor. We spoke with Rich Mooi, curator of Invertebrate Zoology at the California Academy of Sciences, who said that it’s more than possible — and “very much the norm for a great many species.” Mooi reviewed the photographs found in the social media post above, and said that not only did they all look genuine, but that they were “pretty darned cute, too.” (As cute as an urchin can get, that is.)

“The fact is, certain types of urchins will pick up an object and ‘wear’ it if they can pick it up with their tube feet, if it doesn't weigh too much and allows ... for the tube feet to take hold. Some species, such as the tropical Tripneustes gratilla, is actually sometimes called a ‘carrier urchin,’” explained Mooi.

Because the 3D-printed hats were made of a kind of plastic that sinks, Mooi added that the urchin would encounter them on the bottom and use them as they would use objects in the wild.

“They're very light (remembering that everything submerged in water weighs only a fraction what it does on land), so they're perfect for any urchin looking to rock a new look,” he added. A "flower" urchin carries the skeleton of an urchin from a different species. Rich Mooi, California Academy of Sciences

Having spent decades charting the relationships between echinoderms, Mooi said that he has seen urchins don rocks and pieces of rubble that makes them invisible, so to speak. There are a few working theories as to why urchins exhibit this type of behavior known as “covering reaction.” Urchins are negatively phototactic, which means that they shy away from light and use their accessories to get away from daylight. Mooi explains that nocturnal species will shed their covering at night and rebuild their shield in the morning. Some scientists have suggested that UV light is a problem for shallow-water marine animals that can ‘sunburn’, and that might be true for urchins as well. But deep-water urchins living beyond the reach of UV have also been recorded covering themselves.

Camouflage, rather, seems to be the best explanation.

“Urchins, in spite of their appearance, are actually quite tasty to the cognoscenti — their gonads are eaten as uni, for example, and lots of predators besides humans value these as an energy source,” said Mooi. “In particular, fish have found a variety of ways to get around the spines that urchins use for protection. So, a way to escape predators that rely on vision to hunt is simply to blend in with the surroundings.  Urchins can be very, very good at that.” A carrier urchin with a piece of Caulerpa, a "sea grape" seaweed species eaten by humans. Rich Mooi, California Academy of Sciences

To be fair, calling these accessories a “hat” is a bit of a misnomer. Urchins are what is known as radially symmetric, and unlike bilateral species like humans or fish, they have a body arrangement like the lines of longitude on a globe. The mouth is on the bottom ("South pole"), and the anus is on the top ("North pole"), explained Mooi.

Using bunches of these tube feet at a time, an urchin can grab an object and pull it back towards its body. The tube feet are also used to hold those objects on the top of the urchin. Going back to the globe analogy, the tube feet are arranged along five, evenly spaced "lines of longitude" from the mouth to the anus, and there can be hundreds or even thousands of tube feet on a single urchin's body.

Aside from their love for adornment, urchins are also known for interesting habits.

“I've seen some pretty unusual stuff when doing field work, but some of the strangest scenes are the things that urchins will find and pick up in their environment: pieces of seaweed, eelgrass, snail or clam shells, rocks, and even the skeletons of other urchins -- though only the skeletons,” said Mooi.

“Sadly, this can also include pieces of the infamously common plastic garbage that humans shed into the sea.  One time I even found a coin that fell out of some swimmer's pocket at some point, and a sunken piece of paper with writing on it, still legible as someone's shopping list.” A carrier urchin hiding in the garbage. Rich Mooi, California Academy of Sciences

If you have a hankering for an urchin hat of your own, you can buy them on Etsy for $5.