The disturbing video has been shared widely. 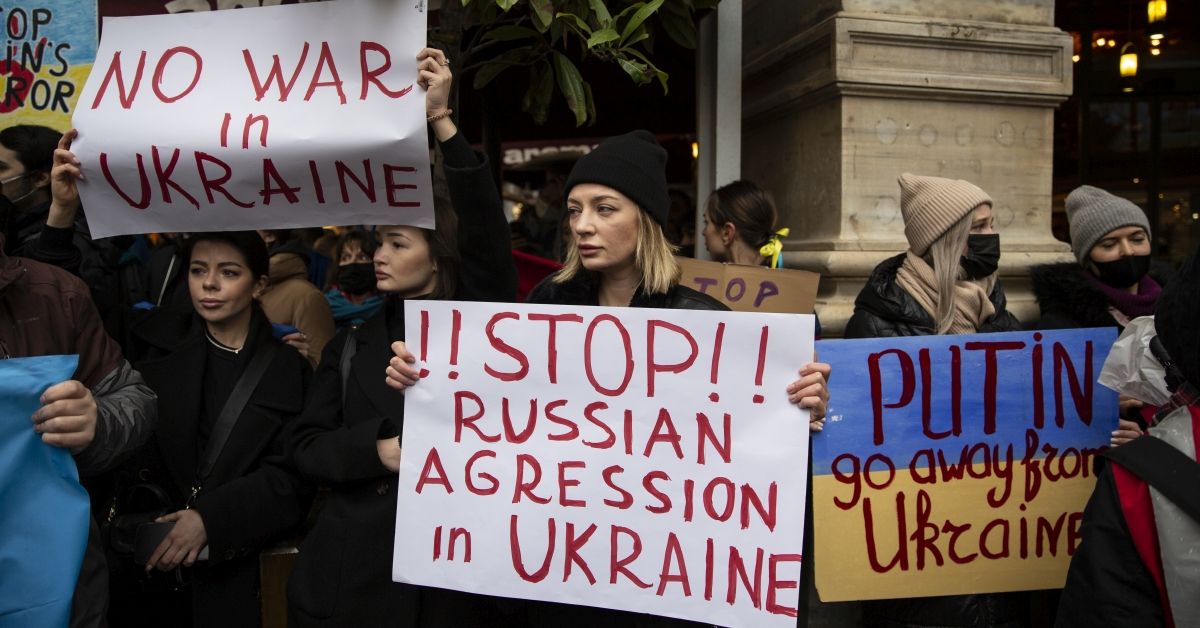 A disturbing video showing a tank veering off course, running over and crushing a civilian vehicle in Obolon, a neighborhood in Ukraine's capital city of Kyiv. The video has gone viral.

A separate video taken afterward allegedly shows Ukrainians in street clothes working to rescue the driver of the vehicle, who was conscious.

Several videos show different angles of the same incident, in which the tank, traveling in the opposite direction of the car, abruptly veered off its original path to ram right into the vehicle, before reversing and backing back over it.

The video has been verified and posted on the official social media accounts of British TV news stations Sky News, above, and also Channel 4:

The incident was also witnessed by a 58-year-old Obolon resident who told Agence France-Presse that he saw it happen from his balcony:

"Two [armored] vehicles were driving along the road, and the second of them deliberately drove into the oncoming lane," the resident said.

In the separate video, in which bystanders are seen working to rescue the trapped driver, the top half of the car is completely crushed.

The proliferation of smartphones with cameras has meant that the violence in Ukraine as Russian troops invaded has been recorded and uploaded to social media.

Although some of the videos that spread on social media early in the invasion were not real, this one has been vetted as authentic based on multiple sources who witnessed the incident. We do not have the name of the victim, and therefore don't know how badly that person was injured.

“Ukraine: These Videos Do Not Show a Russian Tank Running over a Civilian in Kyiv.” The Observers - France 24, 28 Feb. 2022, https://observers.france24.com/en/europe/20220301-video-debunked-russian-tank-crush-civilian-car-kyiv.

Updated to note that the reason for the collision and nationality of the tank's driver is yet undetermined.