A national recession could be perhaps the biggest threat. 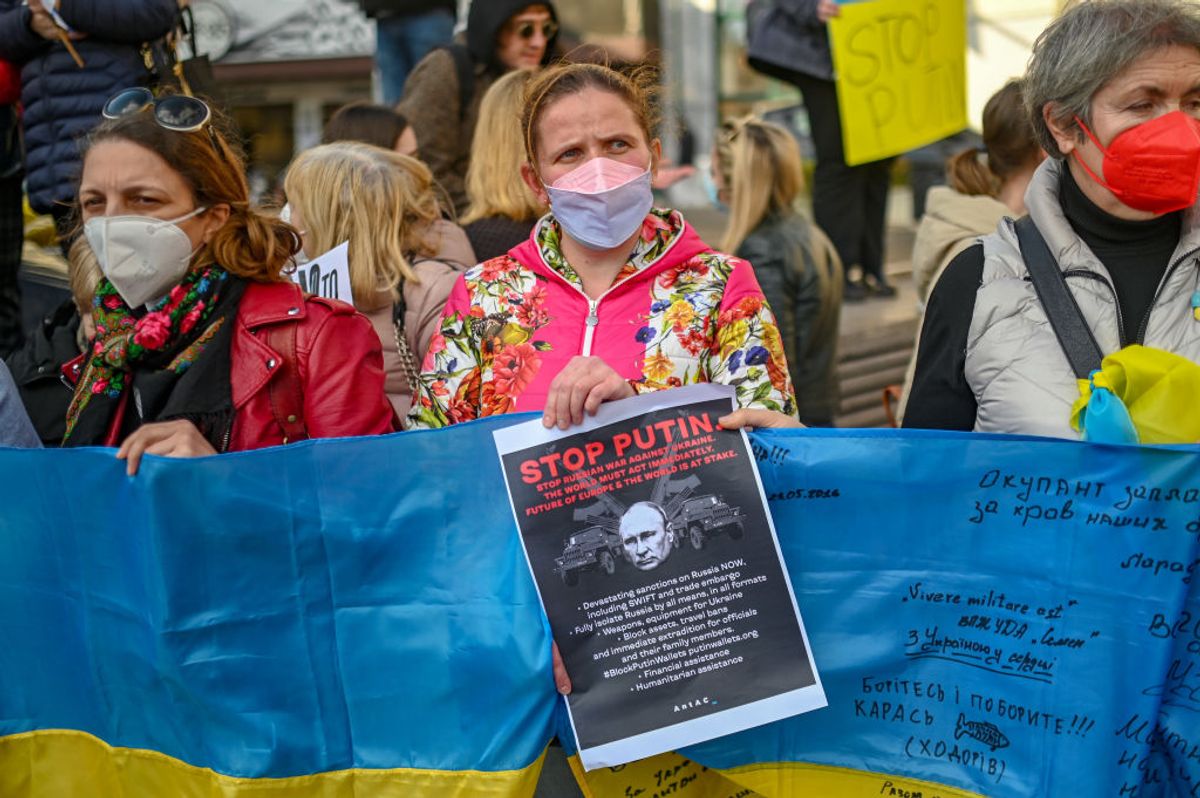 Americans may be tempted to view the war in Ukraine as an unfortunate, but far away, crisis. As an economist, I know the world is too connected for the U.S. to go unaffected.

On Feb. 22, 2022, President Joe Biden warned Americans that a Russian invasion of Ukraine – and U.S. efforts to thwart or punish it – would come with a price tag.

“Defending freedom will have costs, for us as well and here at home,” Biden said. “We need to be honest about that.” His statement came one day before Russian President Vladimir Putin ordered an attack on targets throughout Ukraine, including western parts of the country.

Now that war has broken out, the biggest costs for the U.S. will likely be in higher prices – on top of what is already the fastest pace of inflation in 40 years.

How much worse inflation could get will depend on how far Putin goes, the severity of the sanctions placed on Russia and how long the crisis lasts. Will Putin cut off oil or gas to Europe? Will the invasion thoroughly disrupt Ukraine’s ability to export food and other products to the rest of the world?

We do know that Russia is one of the world’s biggest energy exporters and Ukraine’s nickname is the “breadbasket of Europe.” And beyond that, the crisis has been rattling markets for months, sending the price of oil and other commodities soaring.

These higher prices will ripple through Europe, of course, but many other countries as well, including the U.S. – which will make the Federal Reserve’s job of fighting inflation a lot harder and pose a bigger threat to the economy.

Pain at the Pump

The most obvious costs to Americans will be at the gas pump.

Russia produces approximately 12% of the world’s oil and 17% of its natural gas. That makes it the world’s third-biggest producer of oil and second-largest for gas. It’s also the biggest supplier of natural gas to Europe, which gets nearly half of its supply from Russia.

The risk is that Russia might cut off gas or oil supplies to Europe or other countries that issue sanctions or otherwise condemn its actions in Ukraine.

Europe may face the most immediate effects if some of Russia’s energy supplies are removed from the world market – which is why the U.S. has been trying to assure its allies it can supply them with liquid natural gas to make up for any shortfall. But world petroleum markets tend to be highly integrated, so the U.S. won’t be immune.

The crisis has already driven up the price of oil to the highest level since 2014, when Russia annexed Crimea from Ukraine, pushing up average gasoline prices in the U.S. to over US$3.50 a gallon.

The most serious sanction implemented against Russia so far is Germany’s freeze on the Nord Stream 2 pipeline, which would have carried liquid natural gas from Russia to Western Europe while by-passing Ukraine.

A disruption in one regional market will eventually affect the world market. Since the invasion, crude prices have spiked above $100 and are likely to go even higher.

While Russia is a major producer of fuels, Ukraine is a big exporter of food.

Ukraine produces 16% of the world’s corn and 12% of its wheat, as well as being a significant exporter of barley and rye.

While many of Ukraine’s exports go to countries in Europe and Asia, agricultural products, much like oil, tend to trade on increasingly integrated global markets. Again, the implication for U.S. consumers is that while Europe might be affected more immediately in terms of shortages, prices will likely rise everywhere.

U.S. grocery prices were up 7.4% in January from a year earlier. Because demand for food is typically not very sensitive to changes in price – people need to eat no matter the expense – an increase in the cost of food production typically gets passed along to consumers.

The Bigger risk to the US Economy

That brings us to the Federal Reserve.

The U.S. central bank is very worried about the pace of inflation in the U.S. and plans to raise interest rates to fight it. What’s happening in Ukraine could complicate its plans. If the crisis in Ukraine adds to the upward pressure on prices, that can feed inflation and it could force the Fed to take more drastic measures.

Some economists believe the U.S. could soon see 10% inflation – up from 7.5% now – in the case of a full-scale invasion, as we’re witnessing now. The U.S. hasn’t seen inflation that high since October 1981.

If the Fed decides it has to act more forcefully to tame inflation, that would not only raise borrowing costs for companies and consumers – affecting everything from business loans to mortgages and student debt – but could put the economy at risk of a recession.

At the same time, the crisis could have a moderating effect on interest rates. During times of crisis and uncertainty, investors often move their money into the safest assets they can find – in a so-called flight to quality. U.S. government bonds and other dollar-denominated assets are often considered the safest around, and increased demand for these assets could result in lower interest rates.

Ukrainians themselves will of course pay the steepest costs of the Russian invasion, in terms of loss of life, economic costs and potentially the loss of their government. But the conflict, though it may seem far away, will have an impact on people everywhere. And the hit to Americans’ pocketbooks may be nearer than you think.