What Did John Durham's Latest Court Filing Say About Trump, Russia, and Clinton?

Former President Trump suggested Clinton and others should face execution for their supposed crimes. But what did Special Counsel Durham actually say, in February 2022? 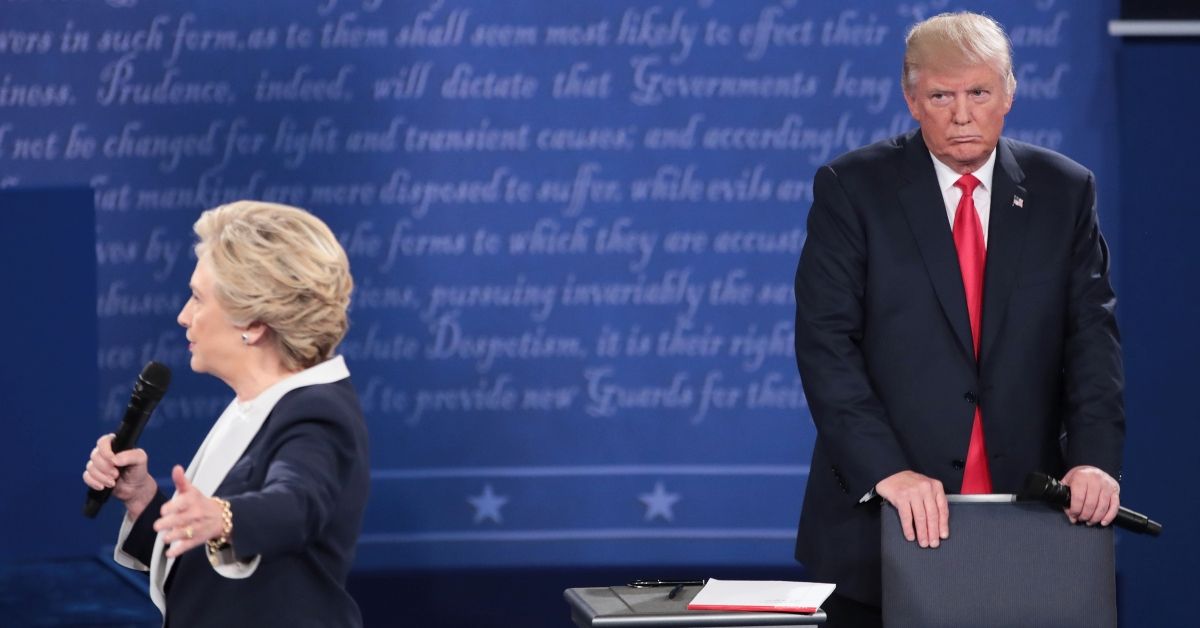 In February 2022, former U.S. President Donald Trump heralded the emergence of what he called "a bigger scandal than Watergate," after Special Counsel John Durham submitted his latest court filing in the criminal case against Michael Sussman, an attorney charged with lying to the FBI.

Trump accused his Democratic opponent in the 2016 election, Hillary Clinton, and those close to her, of spying on him and his confidantes, mistakenly presenting Durham's first name as "Robert" instead of John, while suggesting Clinton et al should face execution for their supposed crimes. Trump wrote:

The latest pleading from Special Counsel Robert [sic] Durham provides indisputable evidence that my campaign and presidency were spied on by operatives paid by the Hillary Clinton Campaign in an effort to develop a completely fabricated connection to Russia. This is a scandal far greater in scope and magnitude than Watergate and those who were involved in and knew about this spying operation should be subject to criminal prosecution. In a stronger period of time in our country, this crime would have been punishable by death.

What's the background to all this? What exactly did Durham say in February 2022? And how much truth was there in Trump's allegations of spying by Clinton and her campaign?

In October 2020, then Attorney General Bill Barr appointed Durham, a federal prosecutor, to serve as special counsel investigating the origins of "Crossfire Hurricane" — the FBI's probe into possible Russian interference in the 2016 election and potential collusion with the Trump campaign.

Investigate whether any federal official, employee, or any other person or entity violated the law in connection with the intelligence, counter-intelligence, or law-enforcement activities directed at the 2016 presidential campaigns, individuals associated with those campaigns, and individuals associated with the administration of President Donald J. Trump, including but not limited to Crossfire Hurricane and the investigation of Special Counsel Robert S. Mueller, Ill.

Trump and his supporters had long argued that Crossfire Hurricane, as well as the investigation by Special Counsel Robert Mueller that resulted from it, were politically motivated, unfounded, and, to use Trump's favored expression, "a witch hunt."

As such, Trump and his supporters have consistently touted the importance of Durham's subsequent investigations, and predicted dramatic findings of corruption, and even treason, on the part of Clinton and her associates. However, despite having the primary goal of unearthing and punishing criminal wrongdoing, and despite lasting even longer than the Mueller investigation itself, Durham's work has so far led to only two publicly known prosecutions:

The Prosecution of Sussman Back in September 2016, Sussman met with FBI General Counsel James Baker to share evidence of what appeared to be unusual and potentially suspicious internet traffic patterns between a Trump Organization server and Alfa Bank in Russia.

The New York Times would later report that that evidence was the fruit of a collaborative research effort involving researchers at Georgia Tech and a Virginia-based tech firm called Neustar, which provided cybersecurity services to the Executive Office of the President.

At the time, Sussman was an attorney for Rodney Joffe, who was then Neustar's chief technology officer. Sussman was also a partner at Perkins Coie — a prominent, Seattle-based international law firm that represented both the Clinton campaign and the Democratic National Committee.

The indictment against Sussman asserted that he lied to the FBI in September 2016 by claiming he was not working on behalf of any client in presenting the evidence of a possible Trump-Russia back channel, when in fact he was working on behalf of Neustar, Joffe, and the Clinton campaign. Sussman has pleaded not guilty, arguing that the question of whether he was acting on behalf of particular clients when he met Baker in September 2016 was not relevant to the accuracy and authenticity of the evidence he provided.

In February 2022, Durham filed a motion asking the U.S. District Court for the District of Columbia to look into the possibility of a conflict of interest on the defense side, because Latham and Watkins — the law firm hired by Sussman — had also represented other participants in the Durham investigation. This Feb. 11 motion was the document cited by Trump and many others as containing explosive and damning allegations against the Clinton campaign.

The conflict of interest motion essentially made the argument that the court ought to investigate the possibility of a conflict of interest involving Latham and Watkins, but what caught the attention of Trump and others was a three-page section entitled "Factual Background."

There, Durham outlined several allegations against Sussman, Neustar, Joffe, the Clinton campaign, and Perkins Coie, among others. Much of the substance of that section was, in fact, a reiteration of allegations contained in the indictment against Sussman back in September, rather than constituting explosive "new" evidence.

In any event, Durham claimed that Joffe and other researchers had used their access to private internet traffic data — via Neustar's work on behalf of the White House — to "gather derogatory information" about Trump and shape an "inference" and "narrative" about putative links between the Trump campaign and Russian actors. When Sussman tipped off the FBI in September 2016, he was, according to Durham, acting on behalf of Joffe and the Clinton campaign.

Durham did not write that the Clinton campaign had paid Joffe or Neustar, nor that anyone had "infiltrated" Trump Tower or the Trump White House — despite attention-grabbing claims to that effect, by Fox News and the Daily Mail.

In a subsequent filing, Sussman rejected what his lawyers described as Durham's attempts to "politicize this case, inflame media coverage, and taint the jury pool."

For example, in February 2017 Sussman provided additional evidence of potentially suspicious internet traffic, this time involving Russian-made mobile phones, to the CIA. Durham described this evidence as "pertaining to Trump Tower, Donald Trump’s New York City apartment building, [and] the [Executive Office of the President]..." and characterized Sussman as acting on behalf of the Clinton campaign at that time.

The impression that many readers might take from that formulation of words is that this internet traffic data related to the Executive Office of the President during Trump's presidency. This would explain, for example, Trump's claim that Clinton and others had "[spied] on a president of the United States, even while in office," and his Feb. 13 exclamation "THEY SPIED ON THE PRESIDENT OF THE UNITED STATES!"

In fact, according to Sussman, the data he provided to the CIA in 2017 related to the period before Trump took office:

"...The Special Counsel is well aware that the data provided to [the CIA] pertained only to the period of time before Mr. Trump took office, when Barack Obama was President..."

Indeed, lawyers for David Dagon, a Georgia Tech computer scientist who took part in the analysis of the data presented to the CIA in February 2017, told The New York Times:

What Trump and some news outlets are saying is wrong...The cybersecurity researchers were investigating malware in the White House, not spying on the Trump campaign, and to our knowledge all of the data they used was nonprivate DNS data from before Trump took office.

In a subsequent motion filed on Feb. 17, Durham defended the necessity and factual basis of his "Factual Background" sidebar, and made what appeared to be a subtle dig at Trump and his media boosters, writing:

"If third parties or members of the media have overstated, understated, or otherwise misinterpreted facts contained in the Government’s Motion, that does not in any way undermine the valid reasons for the Government’s inclusion of this information."