Have a happy Presidents Day ... 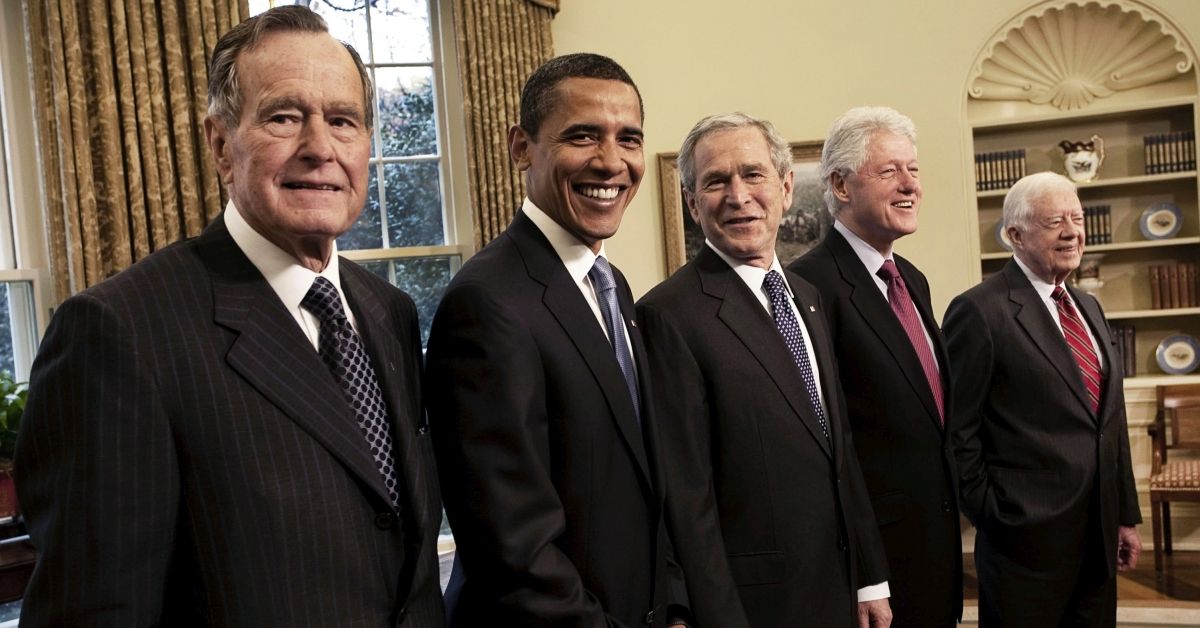 Middle names, tattoos, $1,000 bills and more — amaze your friends with these Presidents Day factoids from the Snopes archives:

1. Presidents Day is not literally a federal holiday.

Columbus gets one. So does Christmas Day. But the third Monday in February is, by federal law, "Washington's Birthday," even if it has become known, colloquially, by the rather more inclusive "Presidents Day."

2. Political operative Roger Stone has a tattoo of Richard Nixon on his back.

Between 1928 and 1945, the U.S. Treasury printed three rounds of $1,000 bills, featuring Cleveland's visage. At various points, bills worth $5,000 and even $10,000 were also produced. The practice of circulating large-denomination bills ended in 1969, due to what the Bureau of Engraving and Printing described as "lack of use."

4. Donald Trump was the first president in history to lose the popular vote twice, fail to be re-elected, and get impeached.

Since 1789, five presidents have been elected despite losing the popular vote, 15 have failed in their bid to be re-elected, and three have been impeached by the House of Representatives. But only one, Trump, has "achieved" all three.

Unable to decide between a middle name honoring Harry’s maternal grandfather (Solomon Young) or his paternal grandfather (Anderson Shipp[e] Truman), John and Martha opted not to give little Harry a middle name at all and settled on something that could represent either grandparent: the letter ‘S’ by itself. (As Truman biographer David McCullough noted, using a single letter that stood for nothing specific was “a practice not unknown among the Scotch-Irish, even for first names.”)

6. Before Donald Trump, William McKinley was the last president not to have a pet dog in the White House.

In 2020, a pro-Biden group called "Dog Lovers for Joe" made Trump's break from tradition a campaign issue, even releasing a political ad with the tagline "Choose your humans wisely."

This remarkably short line of ascendancy is due to a confluence of factors that are not common in modern American society but once were not so unusual: men (particularly widowers) marrying much younger women late in life and fathering large numbers of children.

8. In 1992, Abraham Lincoln was honored by the National Wrestling Hall of Fame.

"Lincoln, an awesome physical specimen at 6-feet-4, was widely known for his wrestling skills," the citation reads, "and had only one recorded defeat in a dozen years."

9. Jimmy and Rosalynn Carter are the longest-married couple in presidential history.

In July 2021, the couple celebrated their 75th wedding anniversary. George H.W. and Barbara Bush were married for 73 years, from 1945 right up until the former First Lady's death, in 2018.

She is also the first septuagenarian FLOTUS, having reached that milestone on her 70th birthday, in June 2021. The youngest First Lady in history? That would be 20-year-old Sarah "Angelica" Van Buren, daughter-in-law of Martin, the eighth president, whose own wife, Hannah, had died several years before he reached the White House.