Was This a Coffee Machine for the Volkswagen Beetle?

The little contraptions are now hard to find. 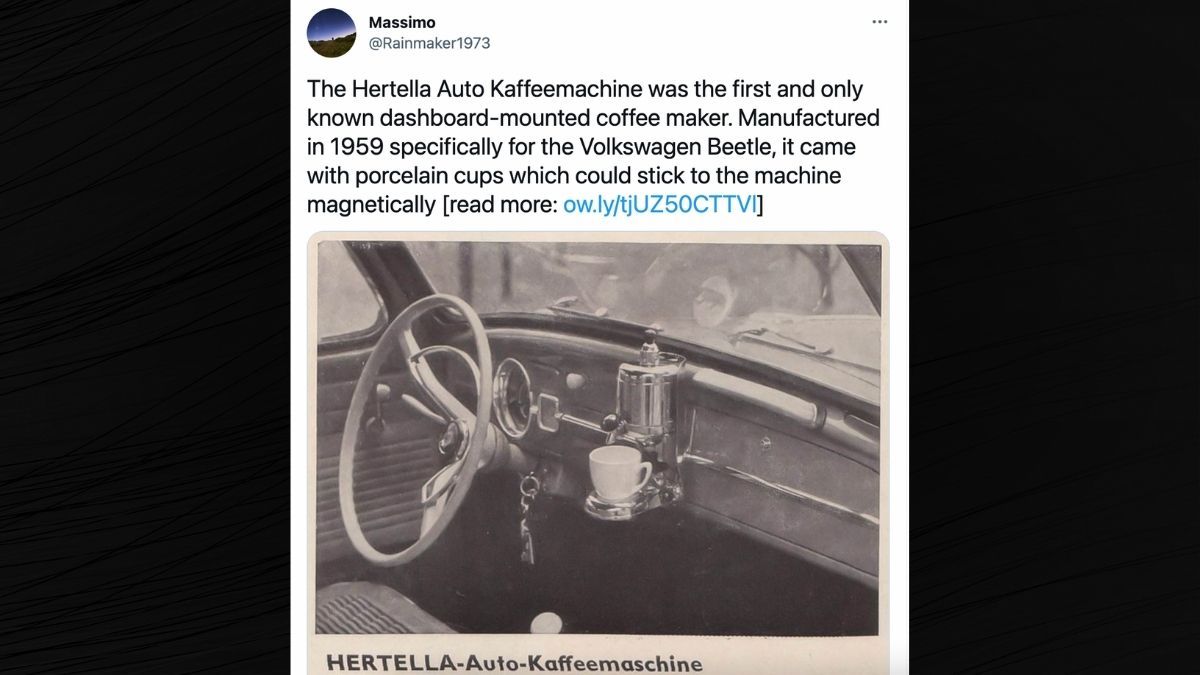 In January 2022, an image circulated on social media showing a small coffee maker attached to the dashboard of a Volkswagen Beetle. Here is one example of the image shared on Twitter:

The automotive news site TheDrive.com reported in September 2020 that the little coffee makers, called Hertella Auto Kaffeemachine and built for the little cars often dubbed Bugs in the U.S., are a rarity now:

So rare, in fact, that scant information survives about the Hertella Auto Kaffeemachine. There's at least one brochure online in German—in fact, that's one of the few images of the pot that floats around the web—and not much else. The only way to get more information would be to track down somebody who actually had one. So we did.

The Drive's Peter Holderith managed to find someone who was able to purchase one. There's no off-and-on switch on the contraption. It starts heating up once it's plugged into the cigarette lighter, Holderith wrote. It basically brews coffee by heating up, similar to the way you'd brew tea.

But while the coffee quality may not be great, the machine does have a few clever features. The porcelain cups that came with it apparently had a metal disc on the bottom of them that allowed them to stick to the machine magnetically. It also mounts to the dash with a simple bracket, allowing for the pot to quickly be removed and cleaned when necessary.

If you want one, despite the likelihood that the machine may not produce the best coffee, finding it would be difficult since information about the machines is hard to come by. The collector contacted by Holderith only encountered six when searching for three years for one to purchase.