New York’s Central Park Will Be a Living Climate Lab

The park will be a research site to help study the effects of climate change. 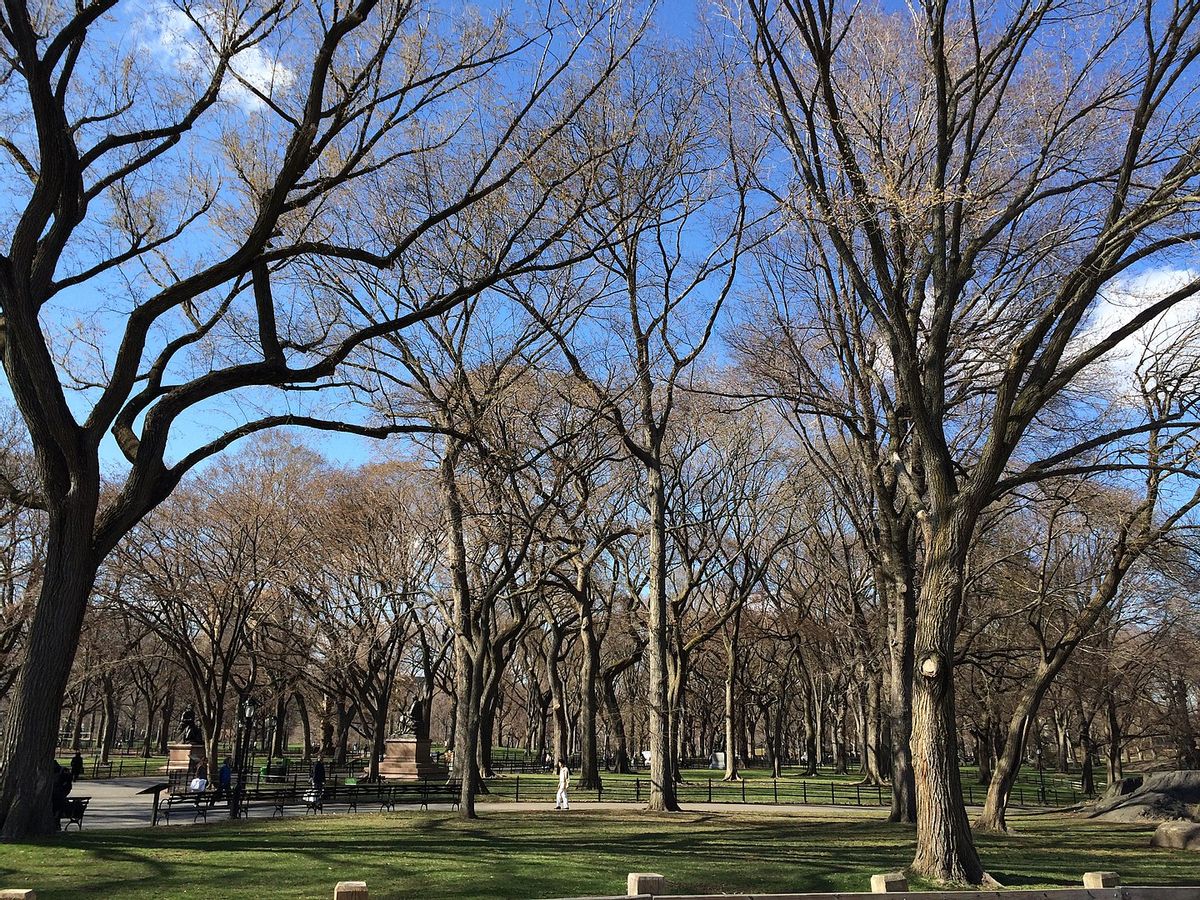 Known as a landmark in New York’s Manhattan borough, Central Park will soon be used for more than yoga classes or a place to walk your dog. Scientists will be using the park as a climate laboratory, to study the effects of climate change on urban parks.

City parks are as vulnerable to climate change as other parts of our national landscape, including wilderness areas and coastlines. Severe weather events—such as unprecedented rainfall, blizzards, high winds, and extreme heat and cold—strain resources and impact urban parks’ tree canopies, plants, and wildlife, all of which are vital to the health of a city and its residents. But there are no unified sources of information or policy recommendations to aid cities in the management and protection of their parks in the face of these challenges.

Enter the Central Park Climate Lab. Central Park offers a unique setting to begin studying climate change adaptation in urban parks as it has been impacted by some of the more severe effects of climate change within the past decade. Research will then expand to other New York City greenspaces and select city parks around the country. With the data acquired, the Lab will build on the work of leading researchers in the field to create new, scalable strategies for implementing climate mitigation and adaption protocols.

Karen Seto, director of the lab and a professor at Yale, told E&E News, “There are lots of individual studies on parks and climate change, including about how much CO2 trees absorb from the atmosphere and how much urban heat island effect is mitigated by tree canopy [...] What we want to do is study Central Park as an ecosystem, as a coupled human-natural system, and we're looking at it top-down and bottom-up — from soils to satellites.”

Parks are essential for New Yorkers, as this last couple of years have proven, but flooding, high winds, and extreme temperatures pose a threat to their health. The Central Park Climate Lab begins a new era in research and cooperation that will give our park professionals improved tools to combat the climate crisis, and it will be a model for urban parks across the country.

According to the Climate Lab, "NYC experienced the hottest July on record in 2021, and three heat waves—including 17 days that exceeded 90 degrees—highlighting the importance of a healthy tree canopy."

Salmaan Khan, director of research and special projects at the Central Park Conservancy, told Smart Cities Dive that the park had been experiencing heavier rains, algal blooms, and urban island heat effect, in which the city’s temperature was hotter than surrounding areas because of manmade construction, like roads absorbing more heat.

"We're hyper-aware that Central Park is not a one-size-fits-all for every park around the country, but it does provide a good starting point given that it has so many different types of spaces within it," Khan said.