How the 46th president performed in his first 12 months — a joint analysis by Snopes and OnTheIssues. 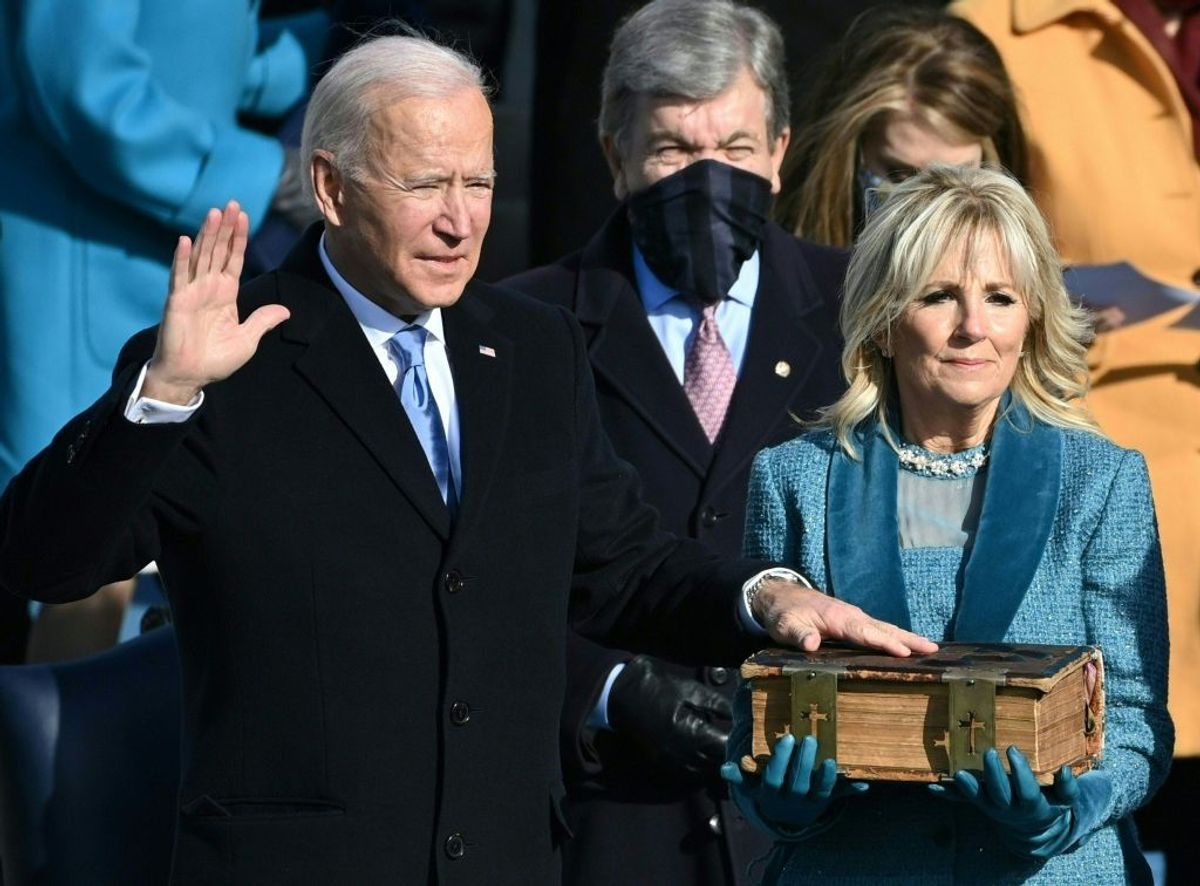 President Joe Biden's first year in office ends on Jan. 20, 2022. To mark that milestone, and give an interim assessment of his presidency, Snopes and OnTheIssues have teamed up to evaluate how well the pre-election and pre-inauguration promises of Biden the candidate stack up against his performance as chief executive (you'll find a look at his 2022 agenda here).

First, an important note. In many cases, Biden and his administration have done what he said they would. A more detailed and comprehensive audit of those promises can be found here, including analysis of Biden's successfully fulfilled pledges to, for example: establish a commission to examine the possibility of expanding the U.S. Supreme Court; nominate and appoint cabinet members who "look like the people they serve";  and distribute hundreds of millions of COVID-era stimulus checks.

For the purposes of this analysis, though, we'll be focusing on those areas where Biden has delivered less — and in some cases much less — than was promised: on gun control, nuclear weapons, and on the politically charged assassination of journalist Jamal Khashoggi, among others. U.S. President Joe Biden prepares to sign a series of executive orders at the Resolute Desk in the Oval Office just hours after his inauguration on January 20, 2021 in Washington, DC. (Photo by Chip Somodevilla/Getty Images)

What Biden Said: "My first day [in] office, I’m going to send a bill to the Congress repealing the liability protection for gun manufacturers, closing the background check loopholes and waiting period." — Feb. 20, 2020.

Outcome: As of January 2022, Biden had not sent any gun control-related legislation to Congress. He did take six executive actions in April 2021, but those actions did not cover his Day One pledge. Furthermore, as executive actions — as opposed to legislation — they can easily be overturned by future presidents.

What Biden Said: "As president of the United States, what I will do, I will nationally bring together police chiefs, police officers, the union people, the African-American leadership, the communities, brown communities, the civil rights leaderships to sit at the table and agree on basic fundamental things that have to be done. Including much more rigorous background checks on those who apply for and become police officers. Two, teaching people how to de-escalate. Three, providing for 911 calls like what happened in Lancaster, making sure that you have psychologists and psychiatrists available to go out to deal with those circumstances." — CNN town hall, Sept. 17, 2020.

Outcome: Biden's White House quietly dropped any plans for a national commission on police reform, as Politico reported in April 2021:

“Based on close, respectful consultation with partners in the civil rights community, the administration made the considered judgment that a police commission, at this time, would not be the most effective way to deliver on our top priority in this area, which is to sign the George Floyd Justice in Policing Act into law,” Susan Rice, director of the Domestic Policy Council, said in a statement to POLITICO.

Before coming to the decision, the White House said it consulted with national civil rights organizations and police unions. Both entities made clear to the administration that they thought a commission was not necessary and likely redundant. Friends of murdered Saudi journalist Jamal Khashoggi hold posters bearing his picture as they attend an event marking the second-year anniversary of his assassination in front of Saudi Arabia's Istanbul Consulate, on October 2, 2020. (Photo by OZAN KOSE/AFP via Getty Images)

What Biden Said: During a Democratic presidential primary debate in Atlanta, on Nov. 21, 2019, Biden was asked whether he would "punish senior Saudi leaders" over the brutal murder and dismemberment of Saudi dissident journalist Jamal Khashoggi at the Saudi consulate in Istanbul, Turkey, in October 2018. Biden replied "Yes," and went on:

Khashoggi was, in fact, murdered and dismembered, and I believe on the order of the crown prince. And I would make it very clear we were not going to, in fact, sell more weapons to them, we were going to, in fact, make them pay the price and make them, in fact, the pariah that they are. There's very little social redeeming value of the — in the present government in Saudi Arabia ...

Outcome: The Biden administration has pursued sanctions against certain specific Saudi officials, but not at a senior level, and not at the level of Crown Prince Mohammed bin Salman, despite the conclusions of a U.S. intelligence report that he was likely the architect of Khashoggi's assassination. When challenged on that decision by Associated Press diplomatic writer Matt Lee, State Department spokesperson Ned Price admitted that broader strategic considerations had ultimately played a telling role:

Our goal in all of this, Matt, is to be able to shape those choices going forward. That’s why we have talked about this not as a rupture, but a recalibration, to ensure that we retain that influence in what we need for our own interests to be a partnership ...

What Biden's campaign said: "President Biden would take other steps to demonstrate our commitment to reducing the role of nuclear weapons. As he said in 2017, Biden believes the sole purpose of the U.S. nuclear arsenal should be deterring—and if necessary, retaliating against—a nuclear attack. As president, he will work to put that belief into practice, in consultation with our allies and military." — JoeBiden.com

Outcome: The Biden administration's first defense budget included two Trump-era initiatives: "to retain a low-yield warhead that was outfitted on submarine-launched ballistic missiles in 2019, and to initiate research into a new sea-launched cruise missile."