Djokovic’s Father Says Son Is 'Not in Detention, He’s in Prison'

The vaccine sceptic tennis star was turned away from the Australian border after failing to meet country’s entry requirements. 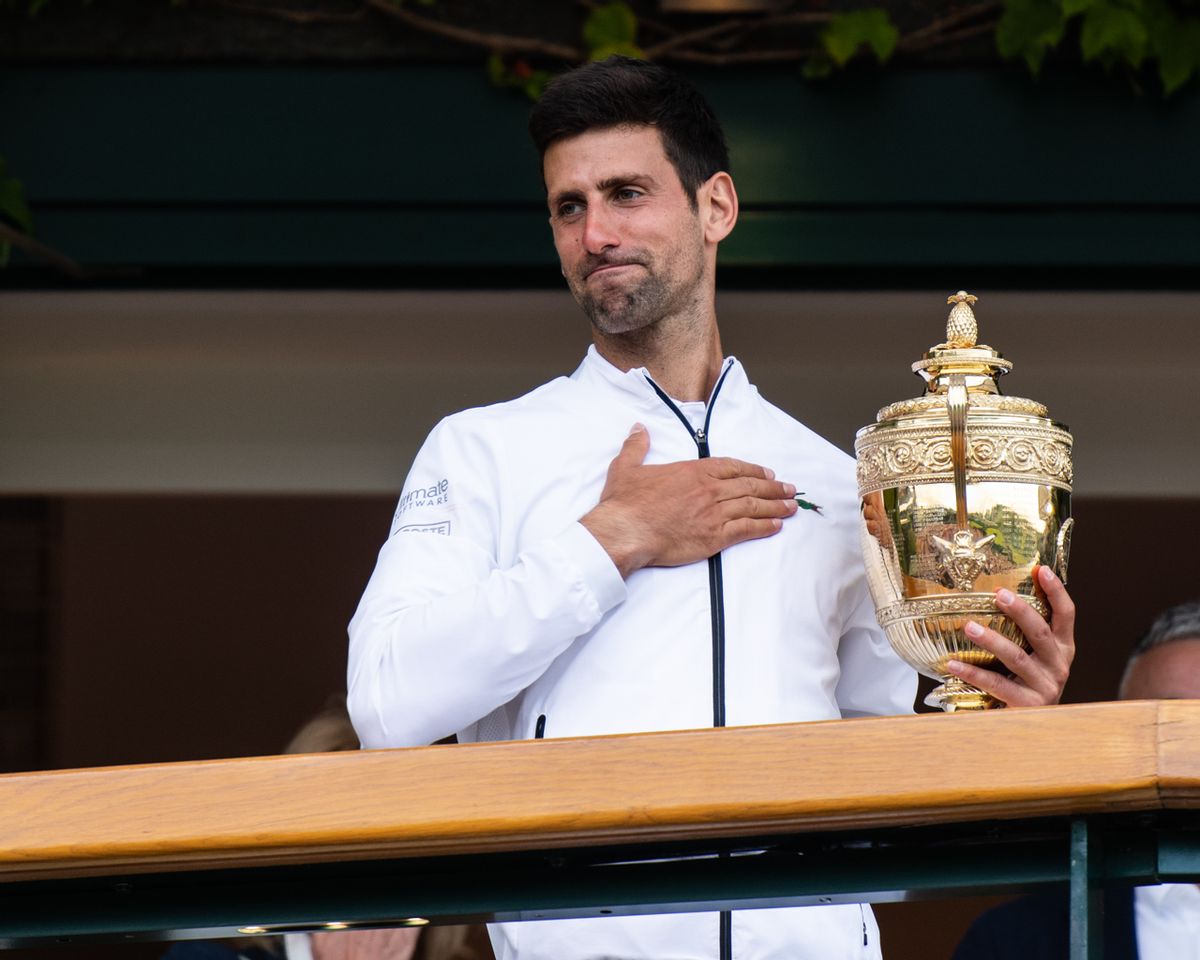 Tennis star Novak Djokovic is at the center of a major controversy after he was denied entry to Australia and subsequently detained for failing to meet the country’s vaccination rules. In January 2022, he landed in Melbourne to compete in the Australian Open, but was held up by border officials. He was then moved to a detention facility in a hotel.

The Australian Border Force wrote in a statement that Djokovic “failed to provide appropriate evidence to meet the entry requirements to Australia, and his visa has been subsequently cancelled.”

“Non-citizens who do not hold a valid visa on entry or who have had their visa cancelled will be detained and removed from Australia. The ABF can confirm Mr Djokovic had access to his phone,” they added.

Djokovic’s detention resulted in outrage in his native Serbia, with President Aleksandar Vučić releasing a statement: “I told our Novak that the whole of Serbia is with him and that our bodies are doing everything to see that the harassment of the world’s best tennis player is brought to an end immediately.”

The most vocal criticism came from Djokovic’s father, Srdjan, who told Serbian media that his son was being “held captive,” and threatened to “gather on the street” in protest.

According to a translation of his remarks on Sky News, he also said, “He’s not in detention, he’s in prison. They took all of his stuff, even his wallet. They left him with just a phone, and no change of clothes, nowhere to wash his face. He is in prison, our pride is a prisoner of these idiots [...] Shame on them, the whole free world together with Serbia should rise. This isn’t a battle for Serbia or Novak, it’s a battle for 7 or something billion people. For freedom of expression, free speech, freedom of behavior. Novak didn’t break any laws, just as 7 billion people didn’t break any laws. They want to subdue us [...].”

According to The Guardian, Srdjan told Russian media, “Tonight they can throw him in a dungeon, tomorrow they can put him in chains. The truth is he is like water and water paves its own path. Novak is the Spartacus of the new world which won’t tolerate injustice, colonialism and hypocrisy.”

The tennis star’s lawyers are now mounting a legal challenge in Australian courts, attempting to stop his deportation. Djokovic, who has not made his vaccination status public, said on Jan. 4, 2022, that he had obtained a medical exemption that would allow him to compete in the tournament and enter the state of Victoria without undertaking the mandatory 14-day quarantine. But border officials found that the proof was inadequate.

The Victorian government said they had refused to formally support Djokovic’s visa application. According to some reports, the visa he attempted to enter on did not allow for exemptions for unvaccinated applicants.

​​Karen Andrews, the federal home minister also criticized Djokovic as he embarked on his journey to Australia: “Any individual seeking to enter Australia must comply with our strict border requirements. While the Victorian government and Tennis Australia may permit a non-vaccinated player to compete in the Australian Open, it is the Commonwealth government that will enforce our requirements at the Australian border.”

In April 2020, the tennis star said in a Facebook Live that he was personally opposed to vaccinations, and has espoused questionable scientific claims before, according to the BBC.

Djokovic is being held in the Park Hotel in Melbourne, where refugees and asylum seekers have also been detained. Refugees have long complained of poor conditions in the hotel, including bad quality food and their own deteriorating mental conditions. The tennis star’s detainment has brought new attention to their concerns, although his living conditions are not known to the public yet.

On Jan. 10, 2022, Djokovic won the court battle that allowed him to stay in Australia and compete, but the government has threatened to cancel his visa a second time and deport him. According to the Associated Press, Djokovic’s lawyers had argued their client did not need proof of vaccination because he had evidence that he had been infected with the coronavirus last month. Australian authorities ruled that people who have been infected with COVID-19 within six months can receive a temporary exemption to the vaccination rule.

Australian border officials are also investigating whether Djokovic lied on his travel forms, where he declared he would not travel in the 14 days leading up to his trip to Australia. Pictures of the tennis star show him in Serbia and Spain during that period. The investigation is ongoing.

Kurmelovs, Royce, and Christopher Knaus. “Novak Djokovic Visa Cancelled: Why Is the Tennis Star Being Kicked out of Australia?” The Guardian, 7 Jan. 2022. The Guardian, https://www.theguardian.com/sport/2022/jan/06/novak-djokovic-visa-cancelled-why-is-the-tennis-star-being-kicked-out-of-australia.

Jan. 11, 2021: Added update on investigation into his travel forms.