The baby has been dubbed “Neve” by researchers. 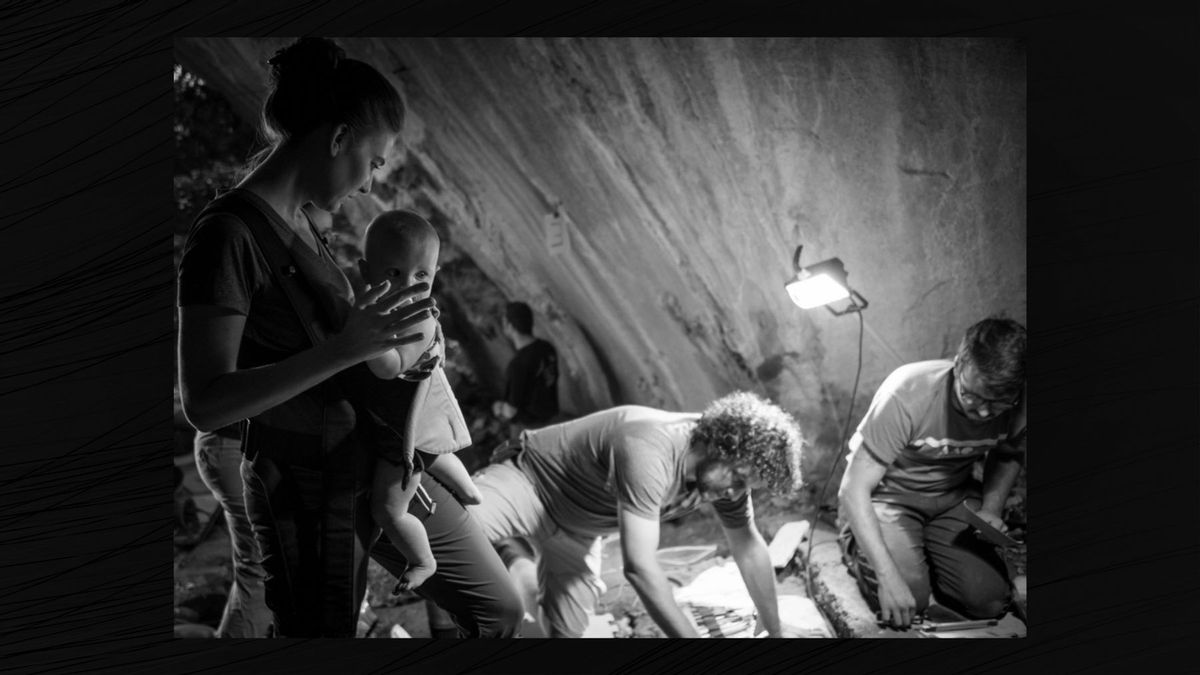 A 10,000-year-old burial site is the oldest known site for an infant girl in Europe. As announced in mid-December 2021, it was discovered by archaeologists in Liguria, a region in northwest Italy, and has more than 60 pierced bead shells, four pendants, and an eagle-owl talon as well as the human remains.

The discovery raised the possibility that early communities could have granted full personhood to female infants thousands of years ago. The infant has been nicknamed “Neve” by the researchers, after a local river, and could have been between 40 and 50 days old when she died.

Finding the remains of newborn infants is extremely rare, according to the National Geographic, because they don’t remain intact over millennia, and often are not enough to determine the child’s gender. But enough of Neve’s DNA was available to determine her gender, and some of her remains managed to survive 10,000 years.

The full report on the discovery was published on Scientific Reports on Dec. 14, 2021. It described how rare such reports of burials from that time period were:

Burials from the early Mesolithic are exceedingly rare or minimally documented, and AVH-1 [title of the burial site] contributes essential data from this key period of prehistory. Significantly, AVH-1 represents the earliest female near-neonate interment documented in Eurasia and provides novel insights into how age and sex/gender influenced the construction of personhood among prehistoric hunter-gatherer societies.

The report went on to describe some of the ornaments found around the remains:

AVH-1 was adorned with at least 66 perforated Columbella rustica ornamental shell beads and three perforated pendants made on polished fragments of Glycymeris sp. (Fig. 5). A line of shell beads and three pendants was recovered in situ over the right shoulder and upper thoracic region (Fig. 2), suggesting they were sewn onto a blanket or hood. Over 20 of the C. rustica beads covered the abdominal region (Fig. 2), possibly reflecting a beaded vestment or other item skirting the waist and torso. In addition to the beads closely associated with the skeleton, 27 C. rustica beads, one Turritella sp., and one Glycymeris pendant come from pit fill or disturbed contexts nearby. Most shell beads bear significant wear, implying a lengthy use-life, and were probably not made originally for funerary purposes; rather, the infant likely received beads initially worn by other individuals. Regardless, they represent significant labor. Preliminary experiments estimate manufacture of all the ornaments required 8–11 person hours, not including time needed to collect shells and sew the beads onto a garment.

Scientists aren’t certain if girls were treated the same as boys at that time, but one anthropologist, Michael Petraglia of the Max Planck Institute for the Science of Human History in Jena, Germany, who was not involved in this research, thought that the evidence pointed to a society with at least some gender equality.

While Neve’s is presently the oldest documented burial site in Europe for an infant girl, this may not be the case forever, as more discoveries are made and more DNA is analyzed.

For archaeologists like Jamie Hodgkins, who was the lead researcher on this effort, this is an opportunity to look more critically at how women’s histories have often been disregarded in scientific discoveries. According to a news release from the University of Colorado, Denver, which also funded the project:

“Right now, we have the oldest identified female infant burial in Europe,” said Hodgkins. “I hope that quickly becomes untrue. Archaeological reports have tended to focus on male stories and roles, and in doing so have left many people out of the narrative. Protein and DNA analyses are allowing us to better understand the diversity of human personhood and status in the past. Without DNA analysis, this highly decorated infant burial could possibly have been assumed male.”

In Western society, archaeologists have historically assumed that figureheads and warriors were male. But DNA analyses have proven the existence of female Viking warriors, nonbinary leaders, and powerful Bronze Age female rulers. Finding a burial like Neve’s is reason to look more critically at archaeology’s past, said Hodgkins.

“This is about increasing our knowledge of women, but also acknowledging that we as archaeologists can’t understand the past through a singular lens. We need as diverse a perspective as possible because humans are complex.”

Neve isn't the earliest discovered burial of a female infant in the world, however. This discovery is comparable to one in 2013, which found the remains of two infants buried in Alaska, around 11,500 years ago.