Some workers have stated that work should have been called off that night. 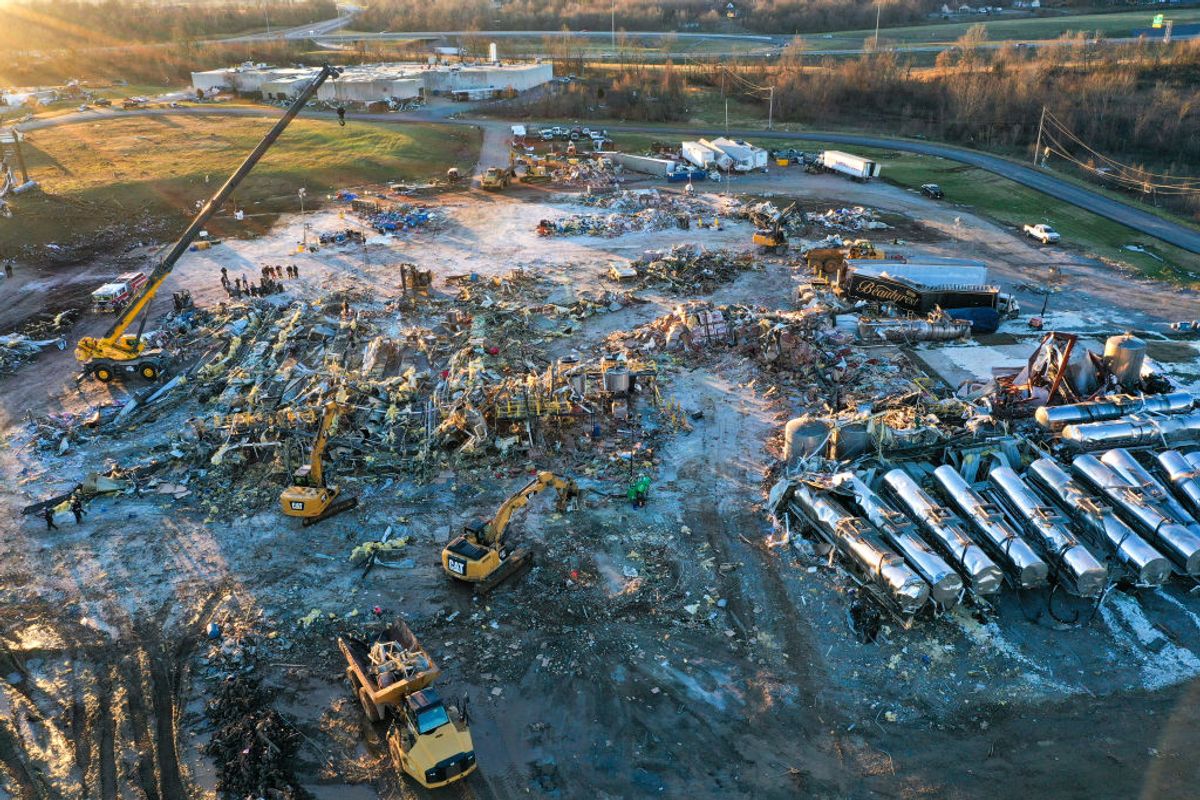 About 110 people were working the night shift at a Mayfield, Kentucky candle factory in the path of an historically destructive tornado that struck the region on Dec. 10, 2021.

Eight employees of Mayfield Consumer Products died when the tornado leveled the building. Mayfield sells scented candles to retailers like Bath & Body Works. The disaster has raised questions about the company's decision to keep work going in the face of the violent storm.

Some employees told reporters that supervisors at the facility told them that if they left work they would be penalized. Others stated that they were forced to choose between wages and their jobs and potentially their lives as the storm bore down.

One employee told NBC News she overheard a manager tell four employees, "If you leave, you’re more than likely to be fired." A second employee told NBC that managers threatened that he would be fired if he left, and went as far as taking roll call to find out who left early.

Employee Haley Conder told the AP that a tornado siren went off at 6 p.m., then another around 9 p.m., before the deadly tornado struck, saying, "They had from 6 o’clock to 9 o’clock to allow us to go home, to tell us really what was going on and that we needed to prepare ourselves for the worst. It was nothing like that. Not one supervisor told us what was really going on."

Other workers told the Courier Journal newspaper that between the two tornado sirens, the company had three hours to send employees home.

"We never should have been in that situation,” Jennifer Sanchez-Flores told the newspaper. "No candle is worth anybody’s life."

Bob Ferguson, a spokesman for the candle company, told news outlets that employees were in fact free to leave without fear of retribution.

We sent an email to Ferguson asking why, regardless of whether workers were free to leave, the company chose to stay open that night. We will update this story if we receive a response.

"That tornado was well known for a couple of hours. You could track it on a number of different weather apps," John Caudill, Kentucky-based attorney and former assistant U.S. attorney, told the Kentucky Center for Investigative Reporting. "This wasn’t the 1800s where a storm comes in the dark of the night and no one knows about it."

According to the Courier Journal, Kentucky's Division of Occupational Safety and Health Compliance has launched an investigation into the incident.