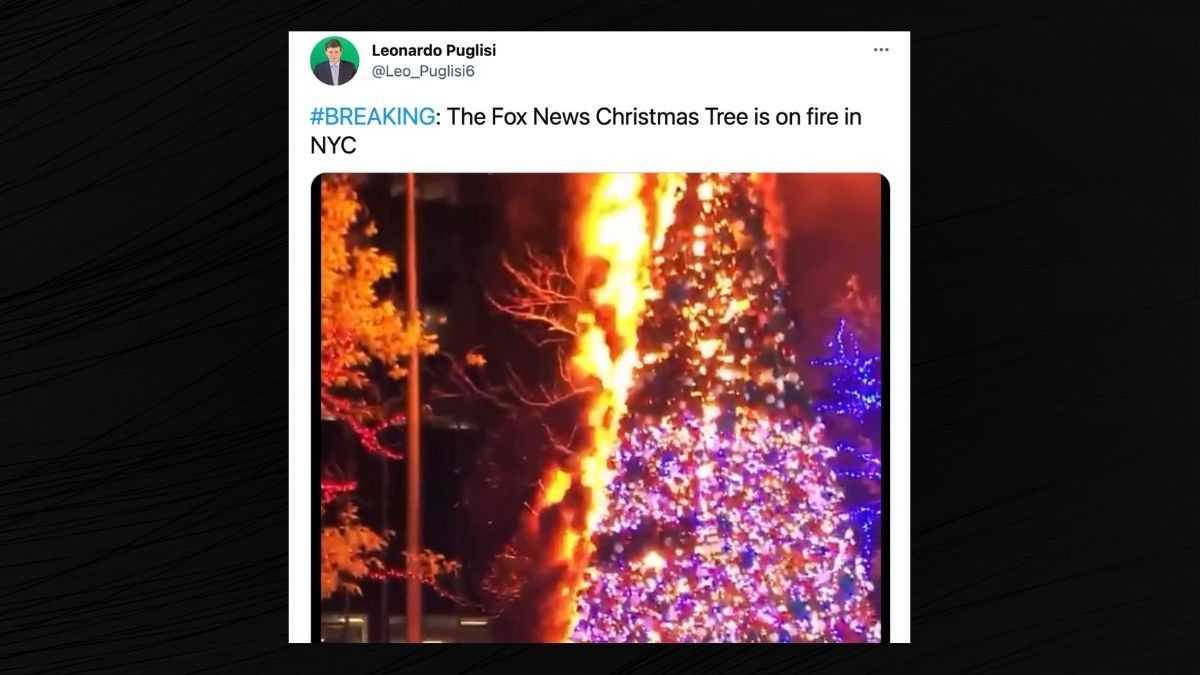 A 50-foot-tall artificial Christmas tree outside Fox News headquarters in New York City was allegedly set alight in the wee morning hours on Dec. 8, 2021, by a homeless man who was later arrested, according to New York police.

Craig Tamanaha, 49, was arrested on multiple charges, including arson, reckless endangerment, and trespassing, a spokesperson for the NYPD told Snopes by email. Video posted by young journalist Leonardo Puglisi of the festively-decorated tree up in flames went viral on social media:

New York Police Commissioner Dermot Shea additionally told New York TV station WABC that Tamanaha was someone police were familiar with who has a series of low-level arrests on his record, as well as skipped court appearances.

Because Fox News has a history of politicizing the winter holiday with on-air commentary about an alleged "war on Christmas," some found the incident, in which no one was injured, to be a source of amusement.

Fox News Media CEO Suzanne Scott sent a companywide memo casting the incident as a "deliberate and brazen act of cowardice," adding that the tree would be replaced.

Police told WABC that investigators were looking into whether mental illness or drug use played a role in the incident, and whether Tamanaha tried to light the tree in Rockefeller Center on fire before the one at Fox News.

Police said the fire started at about 12:15 a.m. and that security guards at Fox News saw the suspect climbing the tree structure before flames broke out.