The temple was buried under another one uncovered in the 19th century. 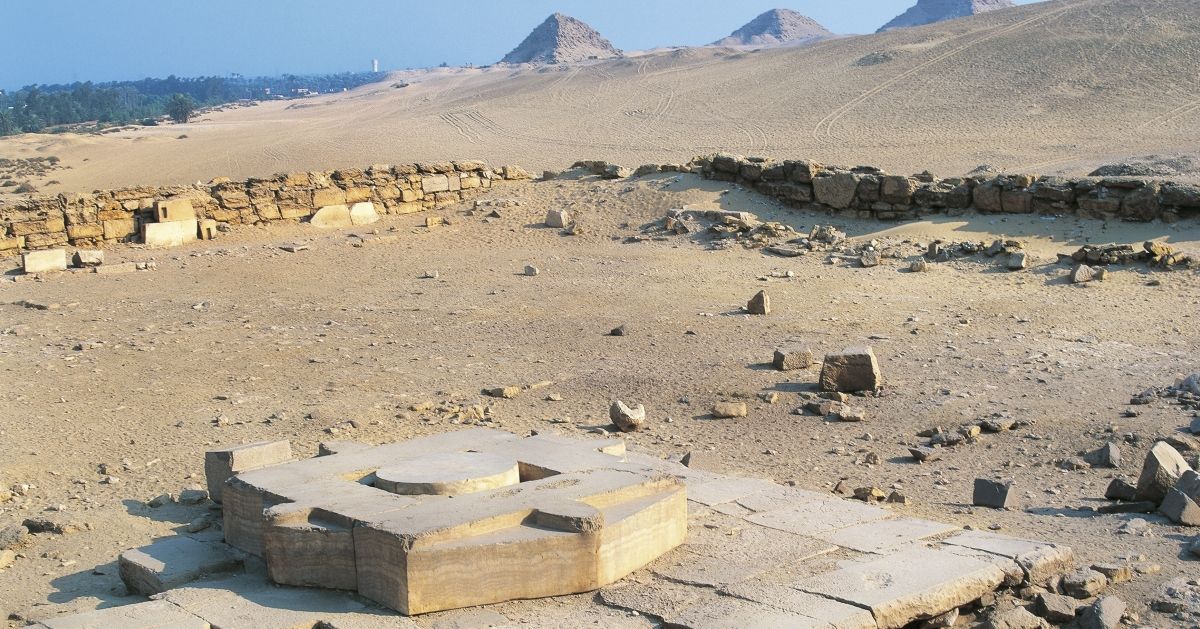 A team of archaeologists told CNN in mid-November 2021 that they found an ancient temple buried under another one in Egypt, about 12 miles south of Cairo.

The discovery was featured in the National Geographic show "Lost Treasures of Egypt." Scientists said they believed they had discovered a "lost sun temple" that dates back to the 25th century BCE.

It was found beneath another temple, built for Nyuserra, the "sixth king of the Fifth Dynasty, who ruled Egypt from 2400 to 2370 B.C.E," according to Smithsonian. That temple was originally discovered in 1898.

"The archaeologists of the 19th century excavated only a very small part of this mud bricks building below the stone temple of Nyuserra and concluded that this was a previous building phase of the same temple," the team's co-director Massimiliano Nuzzolo told CNN. "Now our finds demonstrate that this was a completely different building, erected before Nyuserra."

As Smithsonian explained, "Unlike pyramids, which ancient Egyptians believed assured a king’s position as a god in the afterlife, sun temples established rulers as gods while they were still alive."

Egyptologists suspect, based on ancient inscriptions, that six sun temples were built, but to date they have only located the temples built honoring Nyuserra and another king, Userkaf, along with the temple found under Nyuserra's.