The actor who portrayed Clark Griswold appeared to be filming a new episode of "Raising Cane's Drive Thru Comedy." 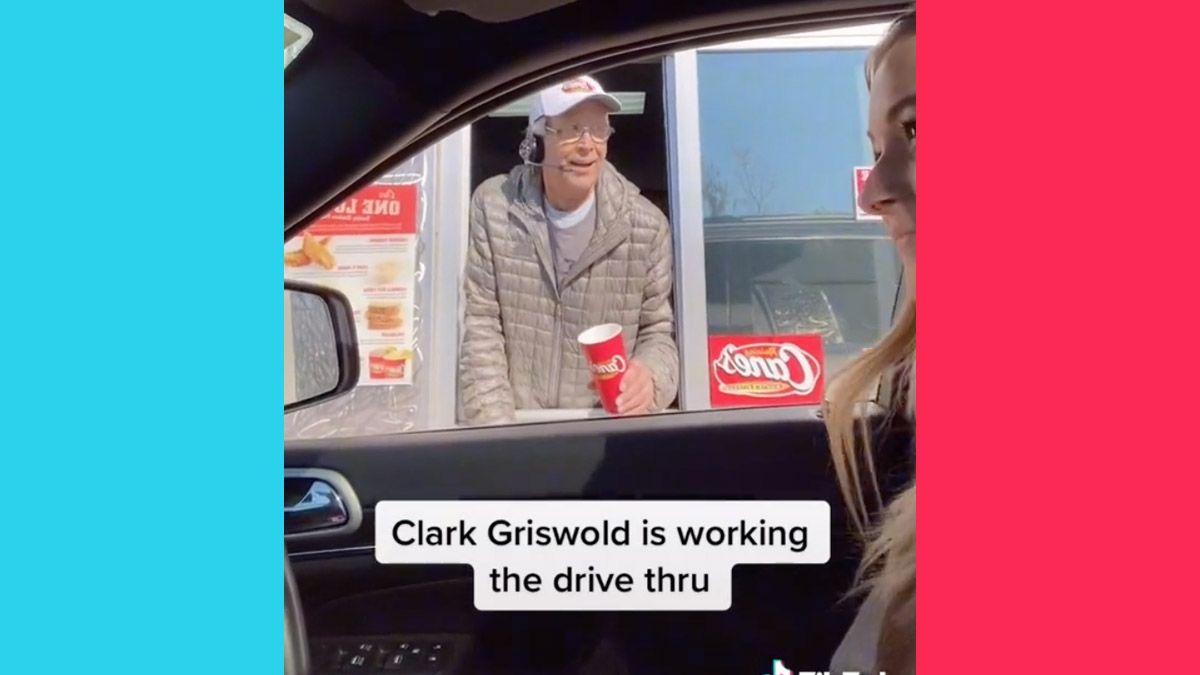 Chevy Chase worked the drive-thru at a Raising Cane's Chicken Fingers location and it appeared to be a part of the Drive-Thru Comedy video series. (Image Via @delaneyfree/TikTok)

A new TikTok video shows film actor Chevy Chase working at a Raising Cane's Chicken Fingers drive-thru window. It was captioned with: "When you go to Cane's and Clark Griswold is working the drive-thru."

The song in the video from @delaneyfree was titled on YouTube as, "MizOrMac Bites The Dust (Drill Sensei Mashup)."

Chase appeared to be working at the Raising Cane's drive-thru window as part of an upcoming episode of the YouTube series, "Raising Cane's Drive Thru Comedy." It's possible that he was filming an episode in December as a callback to his role as Griswold in the 1989 Christmas movie, "National Lampoon's Christmas Vacation."

For any readers looking to watch "National Lampoon's Christmas Vacation" around this year's holiday, the film appeared to currently be available to subscribers of HBO Max and fuboTV. It's also airing several times this month on AMC.

Aside from the video about Chase working at the drive-thru, we previously reported on a number of other stories about Raising Cane's. When a new location opened in Utah, videos were posted that showed around 150 cars waiting to be served. We also rated as "True" the claim that Raising Cane's corporate staff had spent some time working as cooks and cashiers. Another rumor claimed that the company was filing for bankruptcy, which we rated as "False."

In the past, we even reported on a photograph that purportedly showed a dangling homeowner who was holding on to his gutter while trying to put up Christmas lights. The same scenario happened to Chase's character, Griswold, in "National Lampoon's Christmas Vacation." The Christmas display when it was still up.

In the end, we found that the picture simply showed a 2009 Christmas display with a fake man. The homeowner eventually removed the ladder display after several incidents occurred involving people slamming on the brakes and running to help what they thought was a man who was about to fall.