Tabloids and right-leaning blogs criticized both companies after they appeared to offer mental health support to employees following Rittenhouse's acquittal. 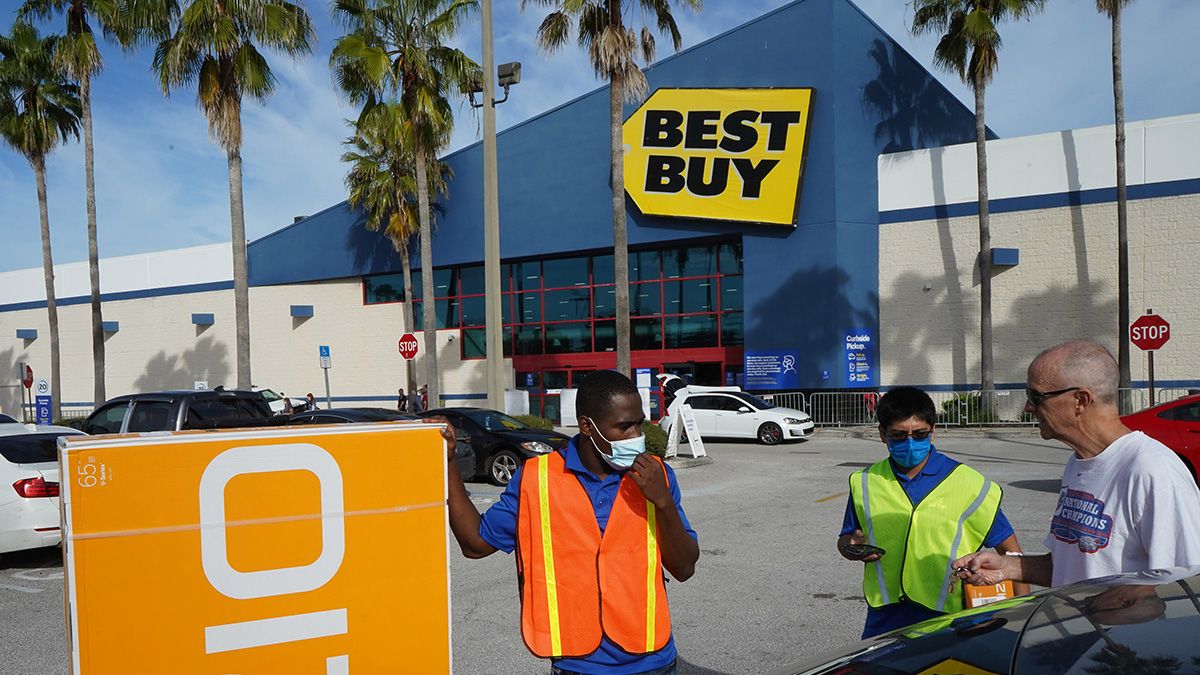 In late November 2021, word spread online of a "boycott" of both Best Buy and Levi Strauss after screenshots of company memos appeared to surface following the trial of Kyle Rittenhouse.

The @libsoftiktok Twitter account tweeted: "Best Buy sent out a notice offering their employees counseling services after the Kyle Rittenhouse verdict." An image under the tweet showed the Best Buy logo and the name Mark Irvin, who was the company's chief inclusion, diversity, and talent officer. This appeared to be the first time it was posted on social media.

According to the same @libsoftiktok Twitter account, Levi Strauss offered "a therapy session with a 'racial trauma specialist' to learn 'trauma coping mechanisms' after the Kyle Rittenhouse verdict." We reached out to both companies. Levi Strauss confirmed that their email was "sent to all U.S. employees." We contacted Best Buy's public relations department twice on Nov. 30 but did not receive a response by Dec. 2.

Rittenhouse, a young white man, was acquitted on Nov. 19 in the August 2020 shootings that left two men dead and a third injured during civil unrest in Kenosha, Wisconsin. The three people who were shot were also young white men.

The @libsoftiktok tweet with the Best Buy screenshot was published on the afternoon of Nov. 23, four days after the verdict was announced in the Rittenhouse trial. The message attributed to the company was retweeted and liked thousands of times. Kyle Rittenhouse, center, enters the courtroom after a break at the Kenosha County Courthouse on November 11, 2021 in Kenosha, Wisconsin. (Photo by Sean Krajacic-Pool/Getty Images)

"This message was sent to all Employee Resource Group members," the memo with the Best Buy logo read. It mentioned that the verdict in the Kyle Rittenhouse trial was "another difficult moment for our nation." It also said: "I know events like these can take a toll on our mental health and emotional well-being. Please know that Best Buy is here to support you." The message then listed the mental health resources and counseling services that were said to have been available to its employees.

The person behind the Twitter account @atensnut tweeted: "I will never, ever buy anything from Best Buy @BestBuy_Deals again. They offered Counseling Services to employees after Rittenhouse verdict......WTF?" The tweet was retweeted and liked more than 26,000 times:

This tweet was posted in the hours after @libsoftiktok first tweeted the image.

Other people quote-tweeted the original @libsoftiktok tweet. Gina Bontempo, who listed on her bio that she was the manager of conservative pundit Candace Owens, tweeted a reaction to the Best Buy message of support: "We live in the weakest era of human history." The @libsoftiktok tweet that was said to have led to a "boycott" of Best Buy became so popular that it even spread as a screenshot on Facebook. Helen Lanning, a Facebook user with more than 36,000 followers, shared the image on Nov. 29: At the time, the account named Helen Lanning had more than 36,000 followers.

In regard to the employee memo from Levi Strauss, the Toronto Sun and others published that the company had offered support in the aftermath of the Rittenhouse trial:

Elizabeth Morrison, chief diversity, equity and inclusion officer at Levi Strauss & Co., sent an email to employees in the U.S. that reassured them their mental health is of the utmost importance.

“With the news that Kyle Rittenhouse was not convicted in the shooting of three individuals – two of whom lost their lives – during racial justice protests last year, this is a difficult day for many,” began the note, obtained by the Daily Mail.

“The pain and trauma of race, identity and belief-based tragedies is a reality than many of us are struggling with on an ongoing basis,” it continued. “It can feel physically, mentally and emotionally draining to continue to relive these moments, and I want you to know, it’s okay to not be okay.”

In addition to the Toronto Sun and the Daily Mail, the "boycott" news involving Best Buy and Levi Strauss was published by the U.S. Sun. The far-right blog The Post Millennial also covered the Best Buy story with the headline: "Best Buy offers employees counseling services after the Rittenhouse verdict."

Both companies had previously published pages on the issue of race in the U.S. following the murder of George Floyd in May 2020. This reporting will be updated if we receive any further information from Best Buy or Levi Strauss, or if the "boycott" becomes a larger story.