Creepy crawly alert ... but it's for a good cause. 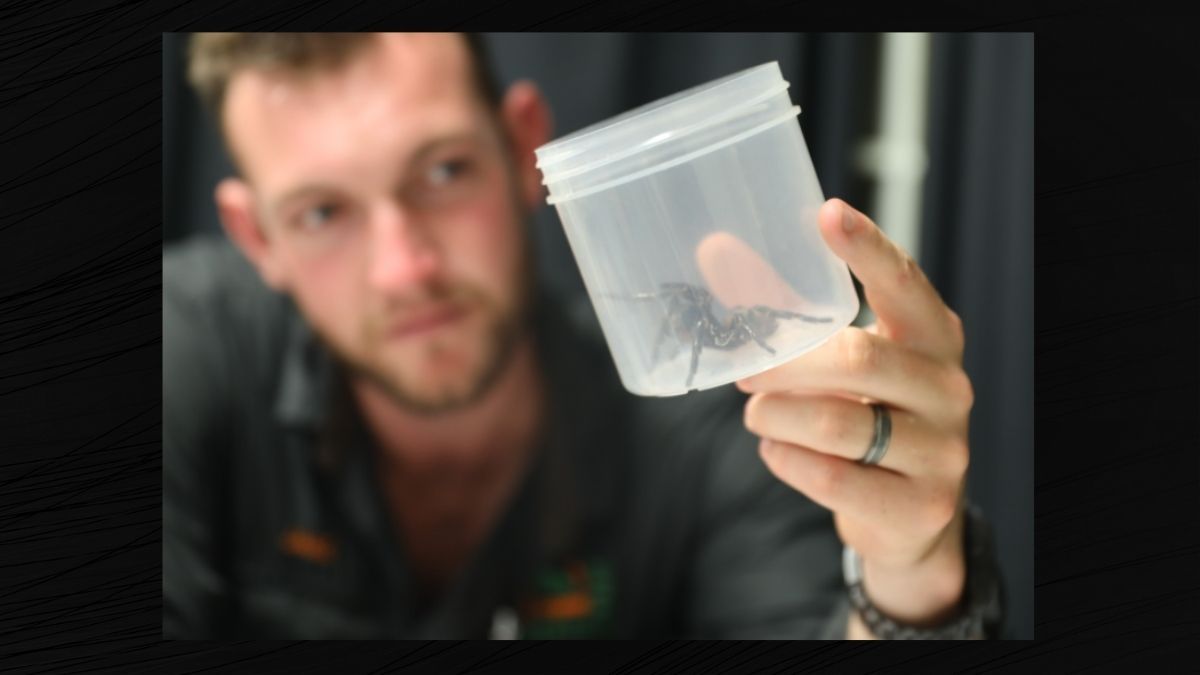 An Australian zoo has been given a 3-inch long funnel web spider, which is much larger than the norm. The spider, which zoo officials are calling "Megaspider," was turned over as part of the Australian Reptile Park's antivenom program.

According to zookeepers, Megaspider, a female, is the largest spider the park has ever seen and is comparable in size to a tarantula. Megaspider also has large fangs capable of piercing a human fingernail, park officials said.

"The spider arrived to the Australian Reptile Park as a part of the weekly collection from all the drop off points around Sydney, the Central Coast and Newcastle," park officials said in a statement. "It was in a Tupperware container without any labels to signify where it came from. Keepers are eager to find out the area in which it came from with hopes of finding more of the large spiders as they produce larger amounts of venom for the antivenom program."

The park stated that it's the only institution in Australia that milks venom from the fangs of funnel web spiders to create antivenom for the deadly bites, saying the anti-venom program saves an estimated 300 lives per year in Australia, with a total of 25,000 lives saved.