Suspect Facebook accounts with fake names, including some that had hints of foreign roots, posted messages in support of the acquittal. 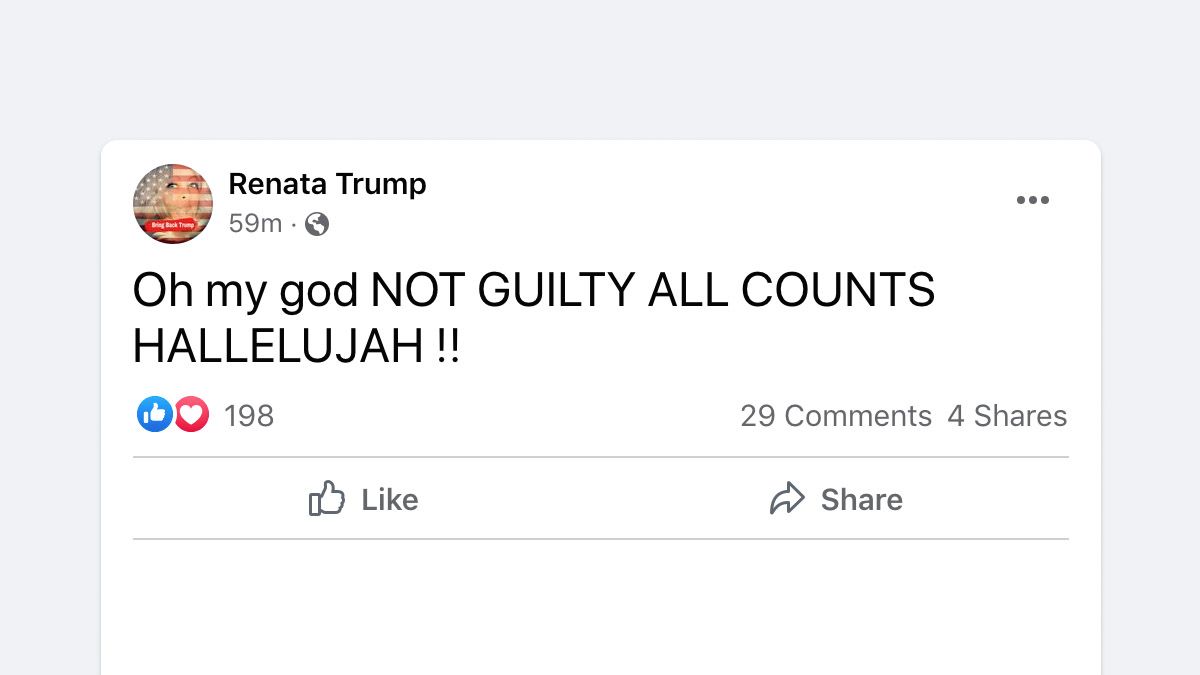 UPDATE: As of Nov. 20, the foreign-run Facebook accounts mentioned in this story appeared to have been removed by Facebook in the hours after our reporting was published.

In the aftermath of the jury's verdict acquitting Kyle Rittenhouse of all charges in the August 2020 shootings that left two men dead and a third injured during civil unrest in Kenosha, Wisconsin, several suspect Facebook accounts, some of which had hints of foreign roots, posted celebratory messages on far-right pages and groups.

It's true that some foreign-run Facebook accounts, pages, and groups post memes and other content about American politics in an effort to simply make money, whether by Amazon.com referrals, advertising revenue, or other means.

However, as the U.S. and the world have seen in the past with foreign interference in elections, other efforts on Facebook aim to stoke divisions during potentially fragile moments. Those moments sometimes involve race, and race definitely helped explain civil unrest in Kenosha.

The protests in Kenosha were in response to the shooting of a Black man, Jacob Blake, by a white police officer. The Rittenhouse killings happened during the unrest, a time that occurred just three months after the murder of George Floyd.

While this story only documents a handful of examples of suspect posts that followed the Rittenhouse verdict, this content appears to be only the tip of the iceberg. While it's also possible that foreign efforts were already underway to support riots in the streets as a response to the jury's decision, the following reporting concentrates only on the content that was found in the aftermath of the acquittal.

In the Facebook group named James Woods for Gov of California, an account named Drastic Bombastic posted "USA!" and a link to the Rittenhouse acquittal. We also found that the account made several posts about the Jan. 6 Capitol riot and the 2020 U.S. presidential election, including disinformation about the results of the contest.

This was not true. U.S. President Joe Biden won the state of Georgia in 2020.

The account, which appeared to be less than 2 years old, also "liked" a majority of Russian-language pages with origins in Belarus.

In the same Facebook group, we found several other accounts with fake names that posted celebratory messages about the verdict. A variety of factors also showed that those accounts appeared to have foreign roots.

The American-themed page I Support Law Enforcement Officers has the Facebook URL "facebook.com/LEOBlueLine." It also showed nearly 229,000 followers. Several of its page managers are in the Philippines. It often posts Amazon affiliate links in an apparent effort to bring in trickles of commission based on posting content that attempts to touch on the emotions associated with modern-day American politics. The story with the Fox News logo led to a sketchy website named Daily News Blitz.

The memes that have been posted by I Support Law Enforcement Officers' unknown authors included several recycled images we've seen on other foreign-run pages before. Further, no page manager names or organizational affiliations were mentioned.

We also saw what appeared to be the same page managers from the Philippines and also the Daily News Blitz story on I Support The 2nd Amendment, a page with more than 41,000 followers.

A Facebook account with the name Renata Trump and the URL "facebook.com/renata.lewandowski.3" was also found to have made a post in celebration of Rittenhouse's acquittal. The "Lewandowski" in the URL apparently referred to Corey Lewandowski, who was once a campaign manager for former U.S. President Donald Trump.

Aside from what appeared to be a fake name, the Renata Trump account did not contain any clear profile pictures or identifying information. After the verdict, the account posted: "Oh my god NOT GUILTY ALL COUNTS HALLELUJAH !!"

The Renata Trump account is also an administrator in a Facebook group named AMERICA NEEDS PRESIDENT TRUMP. The group was created on Oct. 19, 2016.

After an unsuccessful attempt to make contact with Joanna Miller, who was listed as the group's founder, we contacted a family member after noticing she had not posted in quite a long time. That family member told us on Facebook Messenger that Miller had passed away at some point before Trump lost the 2020 election. It's unclear when the Renata Trump account became one of the group's administrators, nor is it clear where that person is based, as the account blocked us after we attempted to make contact.

We have researched this account in the past. The person behind the account had been suspended multiple times from both Facebook and Twitter. In fact, Facebook previously removed another page or group created by the same person under a different name, Jo Belk. The group was taken down in early 2020. It was also named for being in support of law enforcement and had hundreds of thousands of followers.

In 2015, the Jo Lynn Be account posted a strange profile picture that received no likes or comments. It showed clothing for a baby girl. A reverse-image search showed that this photograph only showed up on a website that's based in India. It's unclear if this is where the account is managed from, but other groups created by the same account often had members who claimed to be from India and Kenya.

In the past, we also found hints that Jo Lynn Be may have been associated with The BL ("The Beauty of Life"), a foreign, pro-Trump disinformation network that Facebook banned in December 2019. Before it was removed, The BL had 55 million followers and spent $9.5 million in Facebook advertising. It also had close links to The Epoch Times. Reporting by Snopes and Lead Stories led to the eventual removal of the network from Facebook.

Other small Facebook groups created by Jo Lynn Be originally showed accounts associated with The BL on their member lists. In fact, the Jo Lynn Be account once even posted word-for-word language used by The BL to sign up for the publisher's text alerts.

The Facebook account named Phoenix Smithson shows the URL "facebook.com/mae.lock.714." Snopes reporters have been watching this account for more than two years. When we originally found the account, it was friends with Jo Lynn Be and had the name Mae Lock, as indicated in its URL.

More important was the fact that, as of November 2019, it showed the account owner's location as Moscow, Russia. We saved a screenshot that included a profile picture of conservative political commentator Tomi Lahren: By June 2020, the mention of Moscow had been removed from the account and the name was soon to be changed to Phoenix Smithson. In late 2020, we found evidence that the account engaged in discussions that revolved around American political talking points.

For example, in September 2020, the account commented on a post on the official Facebook page for the Chicago Mayor's Office. Chicago has often been referred to in Republican talking points on the purported failures of cities under Democratic Party control.

The subject of the Facebook post was about Chicago Public Schools offering free meals for children. Breakfast and lunch meal kits were being handed out during the early months of the COVID-19 pandemic.

Phoenix Smithson's profile appeared to have been carefully made to look fairly empty. No friends or photographs are visible, other than a generic profile picture and a politically charged cover photo that was fact-checked to be false by The Associated Press.

The account was representative of all of the foreign Facebook accounts that potentially might push racially charged rhetoric in the aftermath of the Rittenhouse acquittal. We don't know what this account is up to after the verdict was announced because Facebook's platform does not list on a user's profile the groups that the account has joined. Only Facebook will be able to see whether likely foreign actors stoked divisions inside private and closed groups in the coming days. If recent history is a guide, the accounts will flood the platform.

As of Nov. 20, the foreign-run Facebook accounts mentioned in this story appeared to have been removed by Facebook in the hours after our reporting was published.