No, the Astroworld Tragedy Wasn't the Result of 'Satanic Rituals'

Experts are pointing at crowd dynamics and venue safety as primary factors in the deaths of eight people. 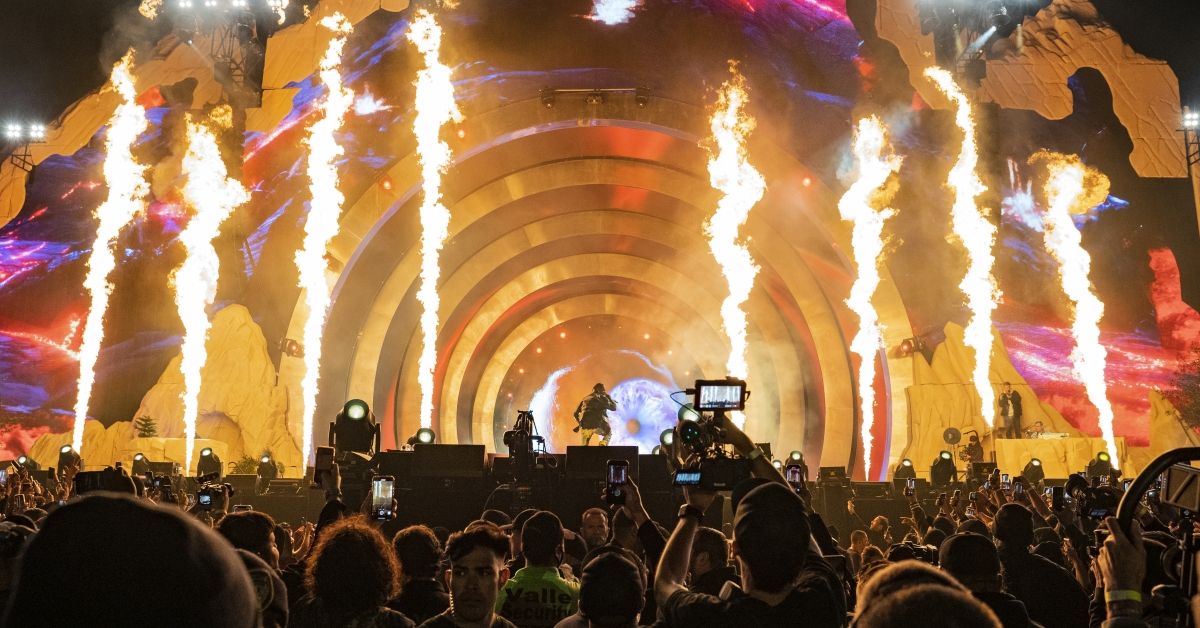 Eight people, including two teenagers, died in a frantic crowd surge during the Astroworld festival, an annual concert in Houston, Texas. The deadly events during rap artist Travis Scott's performance on Nov. 5, 2021, prompted some on social media to share the baseless claim that the concert was a "satanic ritual" and the deaths were the result.

Such posts relied on fanciful evidence and sloppy reasoning to support the allegation, as authorities opened a criminal probe into how the concert really did turn into a mass casualty event.

For example, some posted images of the festival's entrance, which featured a giant replica of Scott's head with a gaping mouth, through which attendees entered concert grounds, comparing it to artistic representations of hell (we cropped the Twitter user's name out for privacy reasons): The Astroworld music festival was founded by Scott, a native of Houston, in 2018 on the site of what was once home to the theme park Six Flags Astroworld. And the first Astroworld festival coincided with the release of Scott's eponymous studio album, "Astroworld." The album cover for "Astroworld" featured the same gold replica of Scott's head.

But it wasn't satanic imagery that inspired the album art or the 2021 festival entrance. Instead, it was the original entrance for the Texas Cyclone, a roller coaster at the now-closed Six Flags theme park, which guests had to enter through a facade image of a redheaded man's wide-open mouth.

Giant golden inflatable Travis Scott heads appeared around the country (including this one in front of Cactus Records in Houston) in anticipation of Travis' new album, Astroworld, released in Aug. 2018. The head design was inspired by the large clown head with a mouth entrance passengers walked through to ride AstroWorld's Texas Cyclone roller coaster. (Photo courtesy of Cactus Music)

While some claimed that some of the stage graphics, like two giant hands creeping over the dome of the stage during the event, were "evil" or "demonic," we note that many similarly dark types of graphics have been used during live performances at various concerts with some regularity, and those concerts did not devolve into mass casualty events.

Various other posts claimed that a stage pyrotechnic effect in which eight spouts of flames leapt up during the concert was evidence that the show was a "satanic ritual sacrifice," since eight people died, initially. Here's an example of that claim, again with the Twitter user's name cropped out: This claim relies solely on coincidence and ignores the fact that flame effects are also somewhat commonplace during live performances , and don't usually result in a corresponding number of audience member fatalities.

The deaths at the Astroworld concert had nothing to do with satanic rituals. Instead, they appear to have been the result of crowd dynamics — namely, a phenomenon known as a crowd surge. Crowd surges can happen in densely populated spaces, at which time individuals become an "involuntary part of the mass," as described by engineer John Fruin in his paper, "The Causes and Prevention of Crowd Disasters."

Statements by concert attendees who survived the disaster describe being caught in the middle of a large and dense crush of humanity, to the extent that it made breathing challenging and made falling under the feet of others an imminent, deadly threat. The crowd size was 50,000 people, and the venue for Scott's performance was sold out.

One audience member, Seanna Faith McCarty, posted her experience on Instagram. As she struggled with all her strength to stay on her feet, McCarty wrote that she suddenly noticed that there were layers of fallen people on the ground, being trampled.

"It was like watching a Jenga tower topple,” McCarty wrote. “Person after person were sucked down. You could not guess from which direction the shove of hundreds of people would come next. You were at the mercy of the wave."

Concert safety consultant Paul Wertheimer told the Los Angeles Times, "This was preventable. The crowd was allowed to get too dense and was not managed properly. The fans were the victims of an environment in which they could not control."

The Times additionally reported that the concert was packed, in part thanks to its "festival seating" set-up, meaning, which in the best circumstances offers more freedom of movement for fans, and maximum profits for concert promoters:

Festival seating offers fans willing to line up early the opportunity for closer views, and the space in which to dance or, at a Travis Scott concert, to mosh. For promoters such as Astroworld’s Live Nation, festival seating means more tickets sold. Wertheimer said that a seat might take up 6 square feet of space; a packed event such as Astroworld might only allow for 2 square feet of room per person.

Both Scott and Live Nation released statements expressing sorrow over the deaths at the concert:

Updated to include ninth fatality.