Group hosted a live autopsy and dissection despite objections. 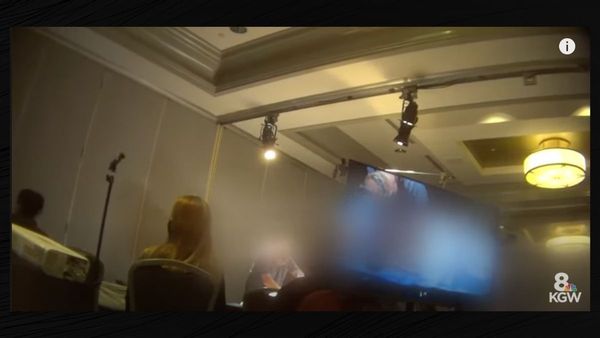 Corpses are often donated to further scientific research but the use of one body in particular resulted in controversy. On Oct. 17, 2021, the Portland Marriott Downtown Waterfront hotel in Oregon hosted a live autopsy and dissection of a corpse, to which invited people to pay to view the dissection. All this took place despite the objections of the county’s medical examiner.

Media attended the cadaver class and recorded the event, showing around two dozen people had attended. Hosted by a media company called Death Science, the event was part of the Oddities & Curiosities Expo, and tickets started at $250 and went for up to $500.

The body belonged to David Saunders, a 98-year-old man, who had died in August 2021 from COVID-19.  After the media investigation exposed the event, his family learned about it.

Kimberly DiLeo, the Multnomah County chief medicolegal death investigator, said the format for the event was a public “pay-per-view” event. She had objected to this event and tried to stop it by calling the police, the county attorney, and the Oregon Medical Board, but the event continued. She reached out to the first venue, which was the Courtyard by Marriott. The hotel canceled the event, at which point the organizers moved to the Portland Marriott Downtown Waterfront, according to DiLeo.

Elsie Saunders, the widow of the man whose body was used, called the event “reprehensible.” Saunders’ family had donated his body for medical research, and had no idea it was used as a display for paying customers in a hotel.

"Using my husband’s body like he’s a performing bear or something. I really don’t know the correct way to describe it, but that’s what I feel like. He’s on display,” she said.

Kyle Miller, who was, until a few weeks ago, a spokesperson for Death Science, said in an email to The New York Times that the company sold tickets to the general public and around 70 people attended the “workshop.” The founder of Death Science, Jeremy Ciliberto, said his goal was to “create an educational experience,” and apologized for the event causing “undue stress for the family.”

A general manager at the Portland Marriott Downtown Waterfront, said that the hotel was “grossly misled by the client about the nature of this event.”

Elsie Saunders had donated the body to Med Ed Labs in Nevada, which said they provide cadavers to military, commercial, government, and nonprofit organizations. They denied any wrongdoing and said they had “no knowledge that people would be paying to attend a show featuring one of our donors.” They added that the person who conducted the autopsy was a certified anatomist and former professor who treated the body with respect.

Obteen Nassiri, the manager of Med Ed Labs, told The New York Times that they thought the body was going to be used for medical education, and Death Science told them that it would be used to “teach students anatomy.” Now the body has been shipped back to Las Vegas, Nevada, where the lab has said they will pay for its cremation and an urn.