Why Did Michael Jordan’s Sneakers Rake In $1.4M at Auction?

The pair has been touted as a “remarkable artifact in the history of sports and basketball." 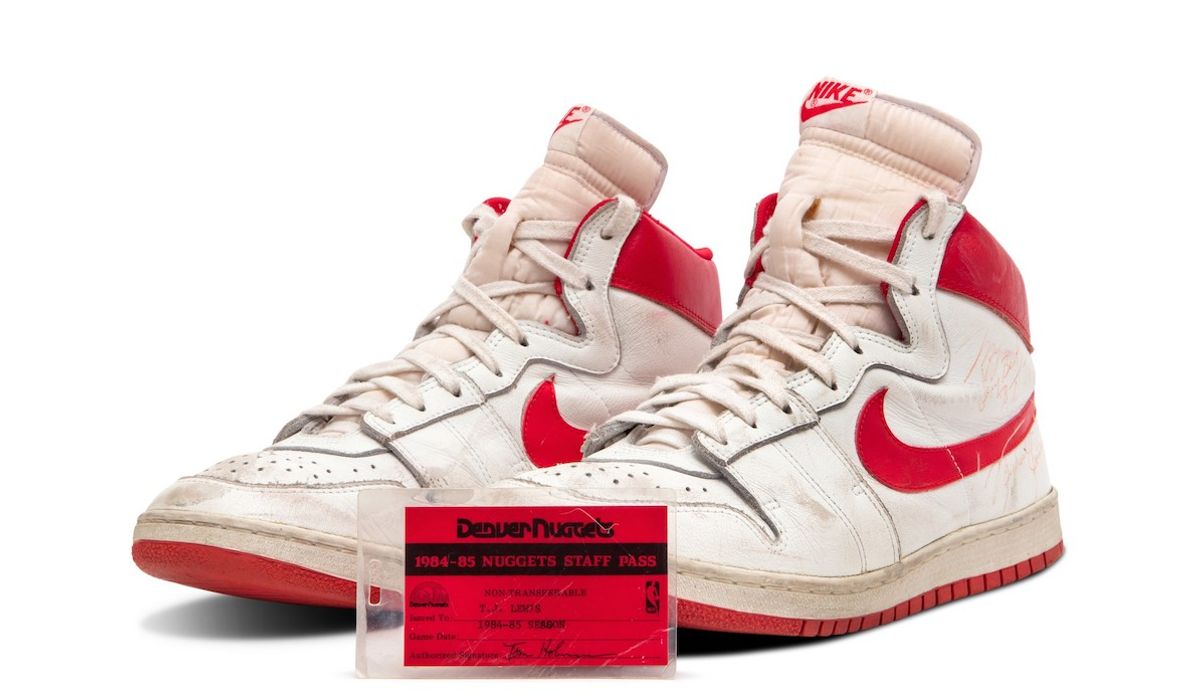 Michael Jordan’s earliest known regular season pair of Nikes raked in a whopping $1.4 million at auction nearly three decades after they made their first debut on a basketball court.

Released in 1984, the size 13 Air Ships predate the basketball superstar’s iconic Air Jordan 1, making them the first basketball shoe worn by Jordan during his NBA professional career. Their courtside debut was attributed to Jordan’s fifth game, played on Nov. 1 of that year.

“In 1984, Nike gave Michael Jordan his own signature line of shoes and clothes, which was pivotal in Michael agreeing to sign with Nike,” wrote Sothebys in the auction listing. “It was the first time the brand did anything like this, and it paved the way for many of the player collaborations we now see.”

But when Jordan joined the NBA, the Air Jordan 1 wasn’t ready for him — and that’s where the Nike Air Ship comes into play. Jordan preferred his sneakers low to the ground so that he could “feel the court beneath his feet.” A limited number of the Air Ships were provided to Jordan, some of which had “Air Jordan” or “Nike Air” printed on the heels. The newly auctioned pair just had “Air” written on the sole, which the auction house is an “unusual example.” (The term “Air Jordan” was coined by agent David Falk, who came up with the idea because Nike shoes had air in their soles and “Michael Jordan played basketball in the air,” noted Sothebys.)

During preseason and early rookie year games, Jordan wore white and red sneakers like the pair auctioned, as well as black and red combinations nicknamed “bred.” (Two pairs brought in $560,000 at auction in 2020.)

This controversy is perhaps why the pair fetched such a high price tag.

Michael’s Black & Red Air Ships became controversial after the NBA sent Nike a letter referencing a game on October 18, 1984 (NBA Preseason) informing the company that Jordan’s colorful shoes were a violation of the league’s uniformity of uniform clause. Nike responded by creating an infamous ad campaign around Jordan’s ‘banned’ shoes (advertising the first Air Jordans) remarking that while “the NBA threw them out of the game, fortunately, the NBA can’t stop you from wearing them.”

The shoes were gifted to Denver Nuggets ball boy Tommie Tim III Lewis in 1984, who kept them in “excellent condition.” Also included in the auction package was a letter from Lewis and his 1984-85 Denver Nuggets season staff pass. Additionally, a letter of opinion authenticating game use noted that a photo match indicates the pair appears to match those photographed in Jordan’s third NBA game, suggesting that the shoes could have been worn in additional games before Nov. 1.