Before Takeover, Taliban Reportedly Offered to Let US Secure Kabul and Airport 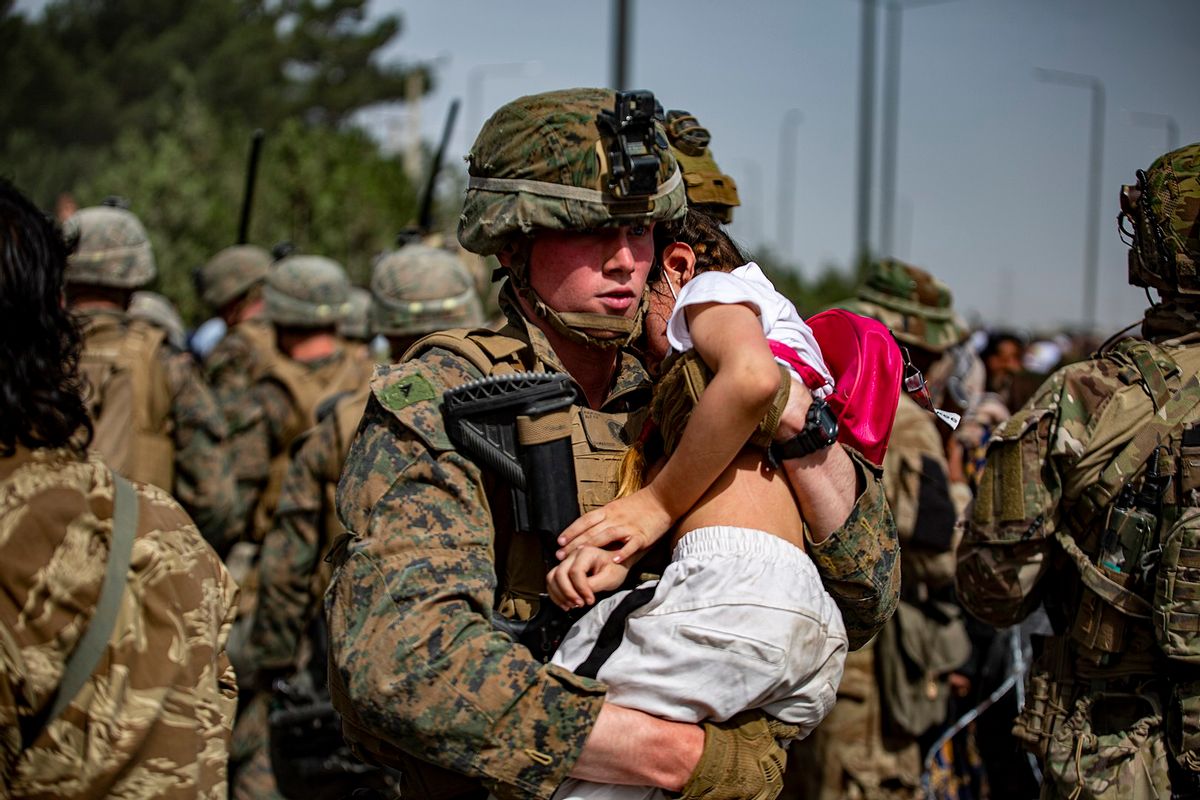 The last days of the U.S. presence in Afghanistan were marked by confusion, panic, and uncertainty. On Aug. 14, 2021, as the Taliban reached the outskirts of the capital city, Kabul, U.S. forces had already begun evacuation efforts.

U.S. President Joe Biden’s administration has faced criticism for the manner in which it departed Afghanistan. According to a tweet from Marc Thiessen, a conservative author and columnist for the Washington Post, “Taliban offered to stay out of Kabul and let US forces secure the city. We told them we only needed the airport. We could have controlled the airport and Kabul and evacuated everyone but chose not to. The incompetence is stunning.”

The tweet claims that this information was reported by The Washington Post. As per the news organization's Aug. 28, 2021, report about the day the Taliban entered the outskirts of Kabul and eventually took over, the above claim about what the Taliban offered to the U.S. appeared to be correct (Snopes is unable to independently verify the reporting). The story relied on interviews with two dozen U.S. and Afghan officials, residents of Kabul, and a Taliban commander.

From The Washington Post report, the Taliban announced while in the outskirts of Kabul that it did not want to take over violently:

Within the palace, too, the illusion of calm was being punctured. Around midday, much of the staff had been dismissed for lunch. While they were gone, according to officials, a top adviser informed the president that militants had entered the palace and were going room to room looking for him.

That does not appear to have been true. The Taliban had announced that while its fighters were at the edges of Kabul, having entered through the city’s main checkpoints after security forces withdrew, it did not intend to take over violently. There was an agreement in place for a peaceful transition, and the group intended to honor it.

As the Afghan government collapsed, and Afghan President Ashraf Ghani escaped the country without informing most of his government officials, Biden remained resolute that U.S. forces would withdraw. Law and order broke down, and senior U.S. military officials spoke to Abdul Ghani Baradar, head of the Taliban’s political wing.

According to an anonymous senior U.S. official in the Post story, Baradar told them, “We have a problem. We have two options to deal with it: You [the United States military] take responsibility for securing Kabul or you have to allow us to do it.”

In response, Gen. Kenneth “Frank” McKenzie, head of U.S. Central Command (CENTCOM), reportedly prioritized securing the airport, so that officials could get Americans and Afghan allies out.

McKenzie, aware of those orders, told Baradar that the U.S. mission was only to evacuate American citizens, Afghan allies and others at risk. The United States, he told Baradar, needed the airport to do that.

On the spot, an understanding was reached, according to two other U.S. officials: The United States could have the airport until Aug. 31. But the Taliban would control the city.

Fighters were now on the move throughout Kabul, with the group’s spokesman issuing a revision of his earlier guidance: The Taliban hadn’t intended to take Kabul that day. But Ghani’s exit gave the group no choice.

In short, based on this report, the Taliban appeared to have offered the U.S. the chance to secure Kabul, but the U.S. favored  focusing on using the airport until the deadline. Josh Marshall, the editor of Talking Points Memo, honed in on this detail, and defended the U.S. military’s decision in an Aug. 29 opinion piece:

The idea that a few thousand US Marines or soldiers could take over security for a city of 5 million during a process of state collapse is frankly insane. The Post article portrays the decision as Biden remaining adamant about leaving no matter what. And that is clearly a central, underlying factor. But if you think holding an airport in this situation is fraught, vulnerable and highly dangerous, try taking over security for a city of 5 million under the same circumstances. Force protection alone would require vastly greater numbers. Multiply the number of IED attacks by splinter factions and rival extremist groups by tenfold. Then consider the civilian collateral damage as Marines try to assert control of a city of that size when everyone knows Taliban rule is just over the horizon.

This was clearly the only possible decision. Some who claim otherwise are simply being disingenuous. But what it mostly shows is the deep lack of understanding from the ‘there had to be a better way’ crowd of the inherently dynamic nature of all military deployments and especially any actions in the context of state collapse. It’s on a par with the idea that the US could have evacuated two or three hundred thousand Afghan nationals and then allowed the US-backed government to stand on its own.

As of late September, just under a hundred American citizens were evacuated after the Aug. 31 deadline.