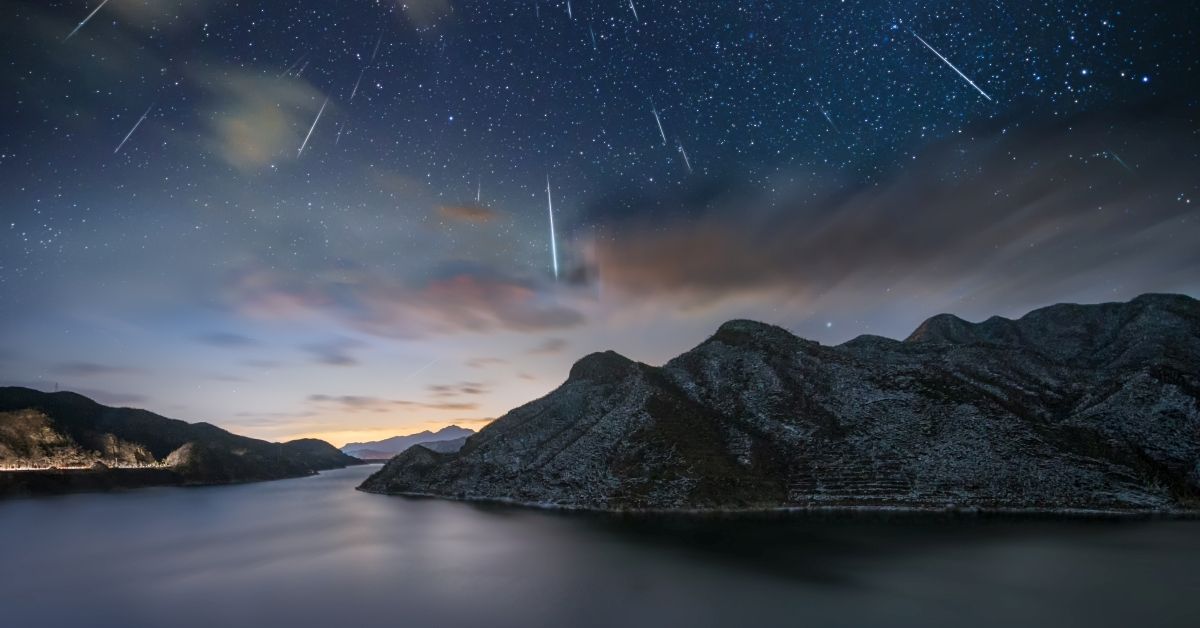 A Canadian woman had an exceedingly unlikely experience when a meteorite smashed through her roof and landed on her bed during a meteor shower on the night of Oct. 3, 2021.

Ruth Hamilton, a resident of Golden, British Columbia, told Canadian news outlet CBC on Oct. 12 that she had been sleeping during the meteor shower, just before midnight, when her dog woke her up by barking. It seems that her dog saved her life.

"The next thing was just a huge explosion and debris all over my face," Hamilton told CBC.

Hamilton told various news outlets that the rock crashed through her roof and landed on her pillow, where her head normally rests. She was unharmed.

"I just jumped up and turned on the light, I couldn’t figure out what the heck had happened," she told Victoria News, adding that she then called 911 and with the help of local authorities, determined that the only place the rock could have come from was above.

"I’m just totally amazed over the fact that it is a star that came out of the sky, It’s maybe billions of years old," Hamilton stated.

Peter Brown, Canada Research Chair at Ontario’s Western University, told The Golden Star newspaper that the chances of a meteorite landing on someone's home were 100 billion to one.

"Every meteorite is older than the oldest rocks on earth," Brown told the Sun. "If we can study them, we can learn about how planets in the solar system formed."

The 2.8-pound rock that crashed into Hamilton's home was identified as part of the Oct. 3 meteor shower by Alan Hildebrand, a planetary scientist at the University of Calgary.

Scientists are asking area residents to contact them and submit any videos or pieces of meteorites that landed on the ground during the event, which was highly visible in the night sky, per the Vancouver Sun. The Sun reported the path of the event "tracked through central and southern Alberta and southeastern B.C. before making landfall in Golden."

Palmer, Claire. “B.C. Woman Awakes to a Hole in Her Roof and a Space Rock on Her Pillow.” Victoria News, 8 Oct. 2021, https://www.vicnews.com/news/b-c-woman-awakes-to-a-hole-in-her-roof-and-a-space-rock-on-her-pillow/.

Carrigg, David. “Golden B.C. Residents Asked to Search for Dozens of Small Meteorites in and around Their Town.” Vancouver Sun, 13 October 2021, https://vancouversun.com/news/golden-b-c-residents-asked-to-search-for-dozens-of-small-meteorites-in-and-around-their-town.

Palmer, Claire. “Researcher Says Golden’s Meteor on the Pillow Was a 100 Billion to 1 Shot.” The Golden Star, 13 Oct. 2021, https://www.thegoldenstar.net/news/researcher-says-goldens-meteor-on-the-pillow-was-a-100-billion-to-1-shot/.