The company commissioned a survey that showed girls’ confidence in all types of play is still held back by societal pressure. 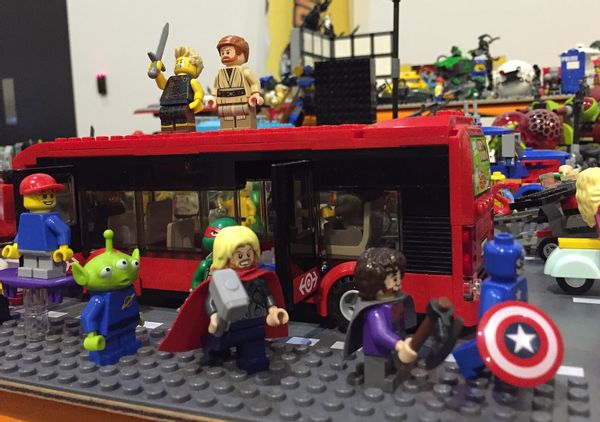 Image Via Visions of Domino/Wikimedia Commons

Lego, the Danish toy company, is making some big changes. On Oct. 11, 2021, the United Nations' International Day of the Girl, Lego pledged to remove gender stereotypes from its toys and marketing, including ending the practice of labeling toys “for girls” and “for boys.”

This gender-neutral approach was the result of a survey they commissioned from the Geena Davis Institute on Gender in Media, to mark the International Day of the Girl, and to introduce Lego’s “Ready for Girls” campaign. According to the survey:

The research findings show that girls are ready for the world but society isn’t quite ready to support their growth through play. Girls feel less restrained by and are less supportive of typical gender biases than boys when it comes to creative play (74% of boys vs. 62% of girls believe that some activities are just meant for girls, while others are meant for boys), and they are more open towards different types of creative play compared to what their parents and society typically encourage. For example, 82% of girls believe it’s OK for girls to play football and boys to practice ballet, compared to only 71% of boys. However, despite the progress made in girls brushing off prejudice at an early age, general attitudes surrounding play and creative careers remain unequal and restrictive, according to this research.

The survey findings continued, “girls are typically encouraged into activities that are more cognitive, artistic and related to performance compared to boys who are more likely to be pushed into physical and STEM-like activities (digital, science, building, tools). Parents from this study are almost five times as likely to encourage girls over boys to engage in dance (81% vs. 19%) and dress-up (83% vs. 17%) activities, and over three times as likely to do the same for cooking/baking (80% vs. 20%).”

Julia Goldin, the chief product and marketing officer for Lego, told The Guardian that Lego no longer labeled any of its products “for girls” or “for boys.” The Lego website no longer classifies toys by gender.

The company has also pledged to make “LEGO play more inclusive and [ensure] that children’s creative ambitions – both now and in the future – are not limited by gender stereotypes.”

“Lego to Remove Gender Bias from Its Toys after Findings of Child Survey.” The Guardian, 10 Oct. 2021. https://www.theguardian.com/lifeandstyle/2021/oct/11/lego-to-remove-gender-bias-after-survey-shows-impact-on-children-stereotypes. Accessed 13 Oct. 2021.