Did a Drunk Man Spend Hours Helping a Search Party Search for Himself?

The story was somewhat sensationalized in some retellings. 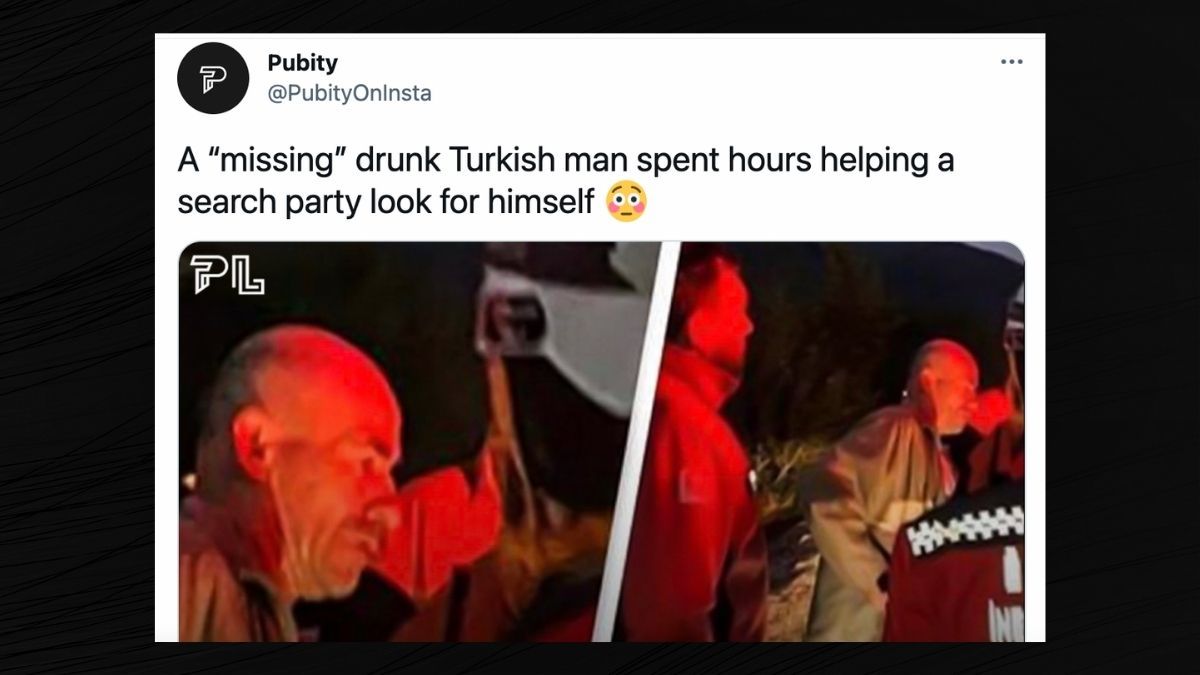 In early October 2021, Turkish news outlets reported an odd affair in which a man was reported missing. then came upon a search party for a missing person. Unaware that the person they were searching for was himself, the man joined up to help.

It would probably have been a funny, if perhaps unremarkable local news story if it had not been for the fact that the man had been drinking with friends the night before. The alcohol detail bred headlines like this one, in Vice: "'Missing' Drunk Man Spent Hours Helping a Search Party Look for Himself."

The story one conjures after reading that headline and other similar ones, seems like something that might happen to the hapless British comedic character Mr. Bean. So naturally, the story became a global sensation. But is it accurate?

The man in question is Beyhan Mutlu, a 51-year-old construction worker who lives in Bursa, a city in northwestern Turkey. He did join a search and rescue party that was looking for him, initially unaware that people believed he was missing. But he didn't search for hours, and it doesn't appear that he was "drunk" while searching.

Mutlu told T24, an online Turkish newspaper, that he was with a friend at a villa in the forest, having drinks, and then fell asleep at about 1 a.m. Mutlu stated that his friend had not properly understood him when he stated he was going to sleep, which was why he was reported missing.

Mutlu awakened at about 5 a.m. and noticed a search party in the forest. Unaware that he had been reported missing as the result of the misunderstanding with his friend, he joined in the search.

Mutle told T24 that he searched for more than a half hour (not "hours") before search and rescue crews began shouting his name, at which time he realized they were searching for him.

"I broke into a cold sweat when I heard my name," he is quoted as stating.

Mutlu said he had changed phones, which was why authorities who tried calling him couldn't reach him at his old number. He also stated that when the story started gaining a global audience, he had been at work and that his internet access isn't very good, so he was initially unaware that the story had gone viral globally.

In sum it appears Mutlu had tried to help but was unaware, because of poor communication the night before, that he was wrongly believed to be missing. It also appeared that at the time of the search, he had been asleep for four hours, and was not drunk.