The websites and apps for all four Facebook products were not available on the morning of Oct. 4. 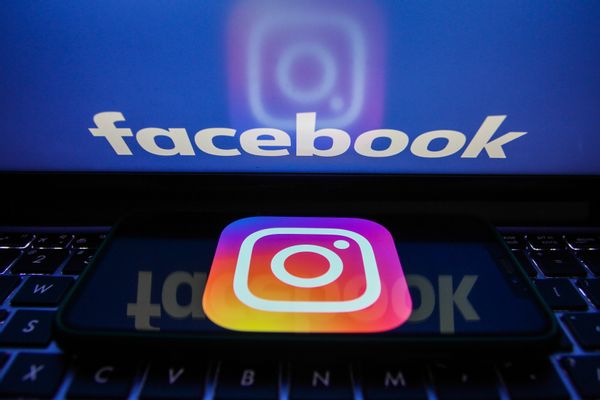 UPDATE: Around 5:40 p.m. EDT on Oct. 4, Facebook apps and websites appeared to be back and at least partially functional. A cause for the outage is not yet known.

On Oct. 4, apps and websites for Facebook, Instagram, Messenger, and WhatsApp all were down and unavailable in an apparent global outage. It appeared to occur sometime around 11:45 a.m. eastern.

How is this impacting the company's bottom line? See our related story: Here’s How Many Millions in Ad Revenue Facebook Could Be Losing Every Second During Outage.

On Facebook, an error page read: "Sorry, something went wrong. We're working on it and we'll get it fixed as soon as we can." Instagram and WhatsApp showed a "5xx Server Error." Facebook Messenger did not load a page at all.

Facebook also later addressed the matter with the same message.

Facebook CTO Mike Schroepfer also tweeted on the matter and apologized to users.

Also found on Twitter was a considerable amount of discussion about the outage. Twitter has become a gathering place when various social media platforms go down. For example, there was the time TikTok went down in July 2021.

The matter also led to a number of humorous tweets.

Some Twitter users mentioned that Facebook, Instagram, Messenger, and WhatsApp all went down on the day following a "60 Minutes" report about Facebook and Instagram. However, there is no data as of yet to show that the outage is connected to the recent news.

The Associated Press reported that it was "rare" for such an outage to be global. It also published about the timing of the apps going down.

Facebook is going through a major crisis after the whistleblower who was the source of The Wall Street Journal’s series of stories exposing the company’s awareness of internal research into the negative effects of its products and decisions went public on “60 Minutes” on Sunday.

Frances Haugen was identified in a “60 Minutes” interview Sunday as the woman who anonymously filed complaints with federal law enforcement that the company’s own research shows how it magnifies hate and misinformation, leads to increased polarization, and that Instagram, specifically, can harm teenage girls’ mental health.

The Journal’s stories, called “The Facebook Files,” painted a picture of a company focused on growth and its own interests instead of the public good. Facebook has tried to play down the research. Nick Clegg, Clegg, the company’s vice president of policy and public affairs, wrote to Facebook employees in a memo Friday that “social media has had a big impact on society in recent years, and Facebook is often a place where much of this debate plays out.”

On a similar subject, emails from a reporter for Snopes.com that alerted Facebook staffers to violent rhetoric on the platform largely went ignored ahead of the Jan. 6 Capitol riot. Reporting from The New York Times linked those warnings to acts that were carried out that day.

As for a timeline on when service will be restored, that's not known at this time. However, our reporters are watching for updates and will add information to this story as it becomes available.

At 5:40 p.m. eastern on Oct. 4, it appeared that Facebook's apps and websites were at least partially back.