We documented a sampling of Facebook posts, comments, and a group that continue to push anti-mask and anti-vaccine rhetoric, as well as COVID denialism. 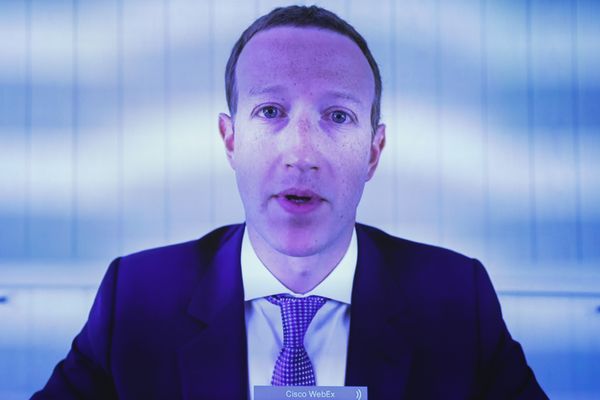 As the delta variant rages throughout the United States, the very existence of Facebook is allowing COVID-19 misinformation to continue to spread at one of the worst times of the pandemic thus far. It's quite easy to find Facebook posts that appear to push COVID denialism, even in the midst of the surge that has pushed hospitals, including those for children, to the brink.

On July 22, The Verge interviewed Facebook CEO Mark Zuckerberg, who claimed that the company employs tens of thousands of people who review content for policy violations. However, despite that large employee count, it's unclear why so many groups, posts, and comments continue to exist that spread potentially harmful and misleading information about vaccines and the pandemic.

We documented a small sampling of some of this policy-violating content below to provide a taste of what's out there.

'Delta Is a Distraction!'

In the past, Facebook published that it would "remove claims that deny the existence of the disease or undermine the severity of COVID-19."

Despite this policy, on Aug. 3, a meme was shared by a suspicious account more than 2,100 times that misleadingly claimed: "Delta is a distraction! Get your eyes back on the border!" This undermined the severity of the delta variant surge. The Facebook post also had shades of COVID denialism. Additionally, it appeared to foster an irrational fear of immigrants, something that's about as old as the United States itself. (For readers wishing to learn the facts about COVID-19 at the border, we recommend this fact check from PolitiFact.) This meme was available on Facebook for nine days and counting.

The post above was also shared by an account with nearly 10,000 followers. We observed that this account had been previously suspended at least three times this year for other policy violations. Each suspension appeared to last one month. On Aug. 6, the user posted: "OUT OF FACEBOOK JAIL AGAIN. They need to let everyone in jail communicate!" Despite three month-long suspensions, the account remains on Facebook where it continues to push potentially harmful pandemic misinformation to thousands of people.

The post above was still online as of the evening of Aug. 12.

The Denial of Overwhelmed Hospitals

Another Facebook post, also from a suspicious account, also pushed COVID denialism, denying the fact that some hospitals are facing very dire situations. The account posted misleading information about the state of Florida: "'Overwhelmed hospitals.' Bullshit. These psychos will say anything to scare you." The public post denied the reality of the dire situation inside some Florida hospitals, including children's hospitals.

In reality, some hospitals are overwhelmed in Florida. For example, Orlando's WFTV reported that "Central Florida hospital capacities [were being] pushed to their limits." CBS4 in Miami also published that South Florida hospitals were "overwhelmed" and that they were seeing "younger and younger patients with the virus."

In an anti-mask private Facebook group, which claimed to be "pro-science," the group's moderators took no action on posts that placed quotation marks around the word "surge." The private group has tens of thousands of members. We are continuing to investigate its content.

Some of the members questioned whether or not a surge was even occurring. It is a fact that the delta variant has caused a massive surge in COVID cases and hospitalizations. According to The New York Times, deaths are also on the rise. Data from the Centers for Disease Control and Prevention (CDC) said the same.

"What surge? Prove it!," one group member posted. Another person commented: "The vaccine doesn’t work and neither do masks." It also appeared that the group's members were using Facebook's platform to organize events outside of Facebook. At one of these events, a man held a sign that falsely claimed: "Masks lower the immune system."

We even noticed multiple posts where group members shared information on how to buy fake masks that are ineffective. One of those posts showed a group member placing an order for a fake mask after being encouraged to do so. In this comment thread, one group member helped another successfully place an order for fake masks.

This is merely a brief sampling of some of the kinds of policy-breaking COVID denialism and other pandemic misinformation that continues to find a home on Facebook.

We contacted the company and provided information on these posts and the private group, requesting answers to several questions.

In response, a Facebook spokesperson sent the following statement: "Since the beginning of the pandemic, we have removed 18 million pieces of COVID misinformation, labeled hundreds of millions of pieces of COVID content rated by our fact-checking partners, and connected over 2 billion people with authoritative information through tools like our COVID information center. We will continue to enforce against any account or group that violates our COVID-19 and vaccine policies and offer tools and reminders for people who use our platform to get vaccinated."

The company also shared policies and resources, and said that they were looking into the specific accounts and the group documented above. The account for "Dagny Reagan Taggert," which posted about hospitals, was suspended or removed in the days after this story was published.

On Aug. 16, this story was updated with Facebook's statement. We also noted that one of the accounts featured in this article appeared to have been suspended or removed.