It's supposed to be Marianne, the embodiment of the French Republic. 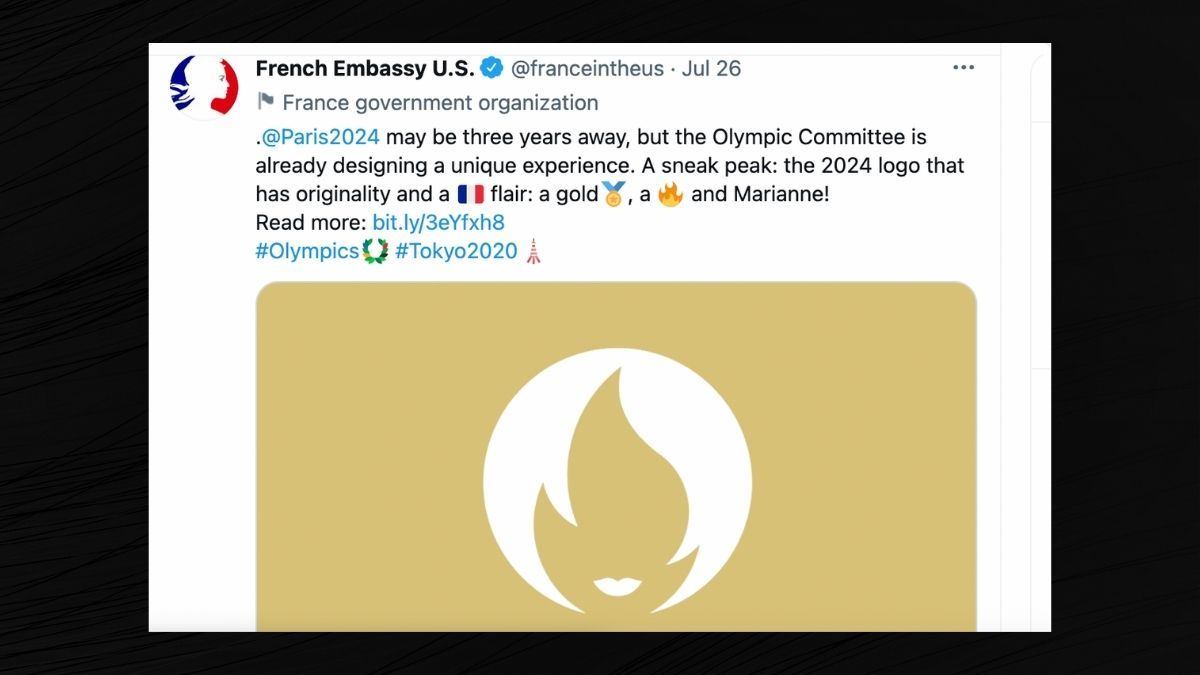 France unveiled the logo for the Paris 2024 Summer Olympics, which was designed with the intent of encompassing three-fold symbolism. The logo can be seen differently, depending on what part one focuses on.

The white part in the middle looks like the Olympic torch flame. The gold circle surrounding it, the gold medal. Taken as a whole, the symbol was supposed to represent Marianne, the embodiment of the French Republic symbolizing "humanism, fraternity, generosity and sharing."

Although Marianne may be as omnipresent in France as the Statue of Liberty in the U.S., American viewers saw the logo differently than the French. In historic representations, Marianne also doesn't have such a modern haircut.

As this headline from the New York Post illustrates, some saw not Marianne, but the ubiquitous "Karen," a pejorative term employed to describe white women abusing their privilege, often in extreme public outbursts captured by cell phone cameras.

"Paris 2024 Olympics logo roasted for looking like a ‘Karen,'" the Post's headline read.

Whether one views the logo that way is subjective. although a graphic designer took to Twitter to state that he liked a previous logo better than the current one: