Luca, Disney and Queerbaiting in Animation

The themes explored in Luca have since led to accusations of “queerbaiting” - a phenomenon in which LGBTQIA+ relationships are hinted at, but never clearly expressed. 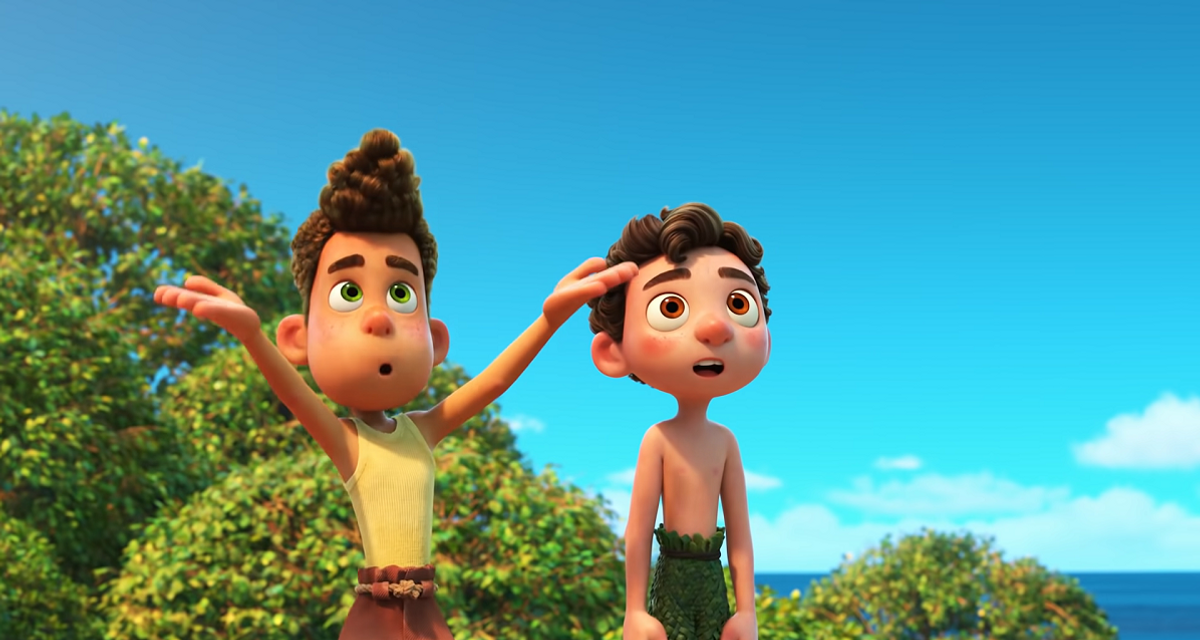 This article contains spoilers for the film Luca.

Back in June, Disney released Pixar’s latest feature film, Luca. Set in the fictional seaside town of Portorosso, Luca is a story of adventure, escape, difference and found family. It’s also, according to many, a narrative about a gay relationship – even if the film itself stops short of confirming that.

The themes explored in Luca have since led to accusations of “queerbaiting” - a phenomenon in which LGBTQIA+ relationships are hinted at, but never clearly expressed. As a queer animation researcher, I know first hand how pronounced that problem is in film and TV.

The issue with Luca comes down to the difference between queerbaiting and queer coding. Queer coding is when LGBTQIA+ creatives insert queer themes, characters and relationships into content without making them explicitly so, in order to fly under the radar of conservative censors and critics. Queerbaiting is when creators hint that characters might be queer in order to attract progressive audience but without providing any real queer representation that could risk losing conservative audiences.

Disney has yet to feature an explicitly queer protagonist in its feature films. So is Luca an example of queer-baiting?

We first meet the titular character, adolescent sea monster Luca Paguro, as he tends to the family’s goatfish. He stumbles on a human artefact, awakening a keen desire to leave his everyday life behind in search of adventure above the waves. This adventure arrives in the form of Alberto Scarfano, a fellow sea monster who lives on the surface. The two boys quickly form a passionate friendship, building a makeshift Vespa and dreaming of travelling the world together.

The film can easily be read as queer. Not only do Luca and Alberto form a close achillean relationship (a masculine attraction that may or may not include romantic or sexual feelings), the themes and story beats also touch on common LGBTQIA+ experiences. Because the sea monsters of Portorosso’s waters fear humans and forbid their children from entering the human realm, Luca must hide his excursions to the surface and, by extension, his relationship with Alberto.

Luca’s parents discover their son’s secret and try to send him to live with his uncle in the ocean’s depths, but the pair escape to Portorosso. Above the water, Luca and Alberto pass as human. Yet, like closeted members of the LGBTQIA+ community, they fear the day that their secret will be discovered. In a touching celebration of queerness and found family, the townspeople actually welcome Luca and Alberto with love and acceptance when they are outed as sea monsters, enough so that other long-closeted sea monsters feel safe enough to reveal themselves.

Yet despite these queer allusions, the film quietly reasserts the heteronormativity ingrained in Disney’s traditional storytelling. Instead of remaining together, Luca and Alberto are split when a third character, Guilia, entices Luca to follow her to school in Genoa in what is implied to be a far more mature and productive pairing. Luca, therefore, walks a very fine line between queer-coding and queer-baiting.

Like queer-coding, queer-baiting always has an element of plausible deniability. The trailer for Disney Pixar’s Finding Dory (2016) is an arguable example. In it, a pair of women stand over a stroller, leading fans to eagerly speculate that Disney would debut its first lesbian couple. That Ellen Degeneres, who is a lesbian woman, voiced Dory only added to the speculation.

Unfortunately, the film didn’t provide any conclusive proof one way or the other and director Andrew Stanton refused to comment on the matter. Whether or not Disney intended to bait its LGBTQIA+ audiences is uncertain.

Why would a studio include queer references in a film but effectively keep them hidden? The simple answer is profit. Sean Griffin, a film professor at Southern Methodist University who has written extensively on LGBTQIA+ issues in both animation and live action film, argues that Disney’s image is one of “conservative American family values – values which uphold the heterosexual patriarchal family unit”. 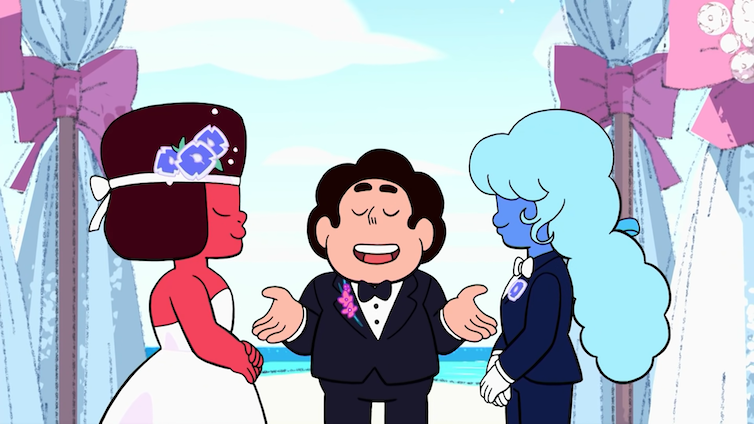 He points out that Disney has recognised a “‘gay market’ for its product, and not a ‘gay agenda’”. In other words, Disney is willing to create animated films and television shows that suggest queer content, but only so long as it doesn’t damage its conservative image.

Disney has made some inroads in LGBTQIA+ representation in its animated work in the past few years. Pixar’s short film Out (2020) focuses on a gay man struggling to come out to his parents, while the feature film Onward (2020) includes a female background character who casually mentions her girlfriend.

The series The Owl House (2020 - present) also features a bisexual female protagonist, Luz, who dates another girl, Amity. Yet even Owl House showrunner Dana Terrace initially met with resistance when she tried to include Luz’s bisexuality. In an interview with Vanity Fair, she stated: “I was … told that I could not, by any means, have any kind of gay storyline among the main characters.” Disney eventually relented and greenlit Luz’s and Amity’s relationship, but only after Terrace fought to include the storyline.

Other animation studios have featured queer protagonists to great success. Cartoon Network’s Steven Universe includes multiple queer characters and relationships, as well as the first mainstream animated gay wedding – although only after similar executive resistance as The Owl House suffered. At Dreamworks Animation on Netflix, She-Ra and the Princesses of Power (2018-2020), the series ends with heroine Adora falling in love with and kissing her adversary, Catra.

Both series remain immensely popular and continue to turn a profit for their studios via merchandise. With such a growing list of examples to draw from, Disney is overdue in creating an explicitly LGBTQIA+ protagonist for its animated films.

Disney didn’t respond to a request for comment on this article.