It's True, the Phoenix Suns Have Never Won the NBA Finals

This season is their first chance at the championship since a 1993 loss to Michael Jordan's Chicago Bulls. 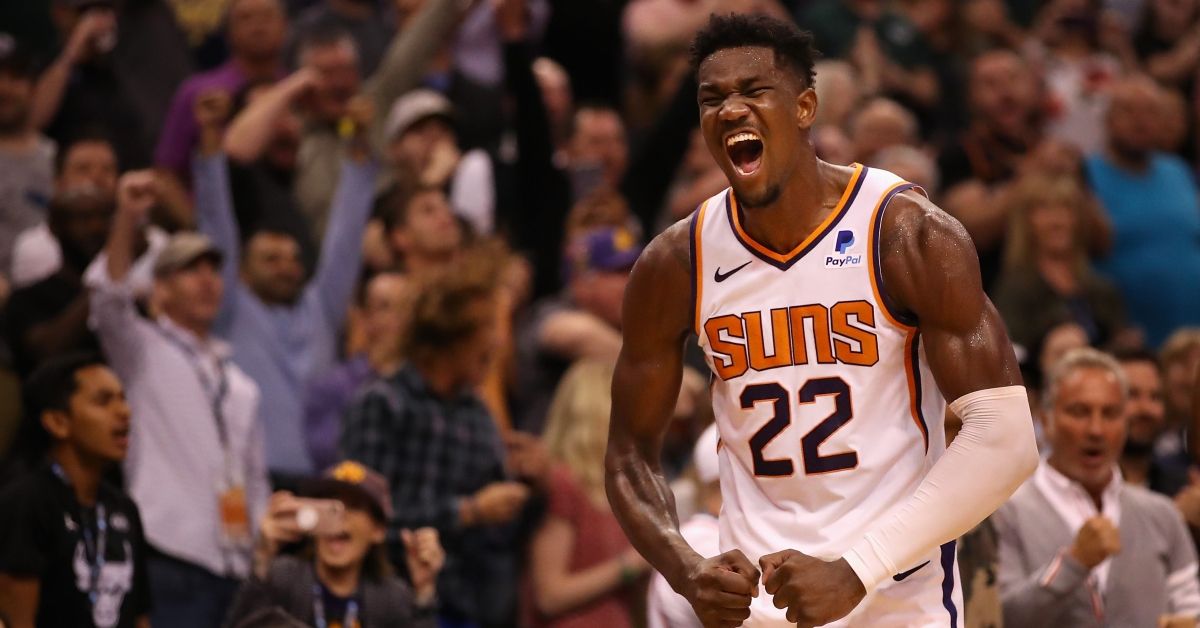 In July 2021, the Phoenix Suns faced the Milwaukee Bucks in the NBA Finals. And, according to posts like the one displayed below, the championship match was the first featuring the Arizona team since 1993, when the Arizona team lost to the Chicago Bulls. The assertion is true.

The Suns — who, as of this writing, were leading the Bucks 2-1 in the best-of-seven series — have never won the NBA Finals since the league's start in 1946, according to NBA historical archives.

The team is not among the six franchises that have never reached the Finals, however. (They are the Charlotte Hornets, Denver Nuggets, Los Angeles Clippers, Memphis Grizzlies, Minnesota Timberwolves, and New Orleans Pelicans, according to the archives.) Rather, the Suns played championship series against the Boston Celtics in 1976 and, again, against Michael Jordan's Bulls in 1993 — losing both times.

The league's official write-up of that most recent match-up, when All-Star forward Charles Barkley led the Suns, went like this:

Chicago won the first two games in Phoenix, prompting predictions of a sweep, but the Suns showed some resiliency. They stormed back in Game 3, claming a 129-121 win in a triple-overtime thriller marked by the 3-point shooting of Dan Majerle. Jordan poured in 55 points in Game 4 to give Chicago a 3-1 series edge, but Barkley showed his MVP mettle in Game 5. He had 24 points, six rebounds and six assists as Phoenix won 108-98 to send the series back to Arizona.

But, as usual for the Bulls in The Finals during Chicago’s reign in the 1990s, Jordan dominated when it mattered. He had 33 points, eight rebounds and seven assists in Game 6 and a late 3-pointer from John Paxson clinched a 99-98 win complete Chicago’s first three-peat. Jordan etched his name in the NBA history book once again, averaging a Finals-record 41.0 points a game in the series.

Talking to reporters after the Suns' 99-98 loss in Game 6, Barkley said:

Flash forward almost three decades, and the Suns were hoping for better results against the Bucks. Game 4 and Game 5 of the 2021 NBA Finals are scheduled for July 14 and July 17, respectively, in Milwaukee. Pending the outcomes of those matches, the teams will play Game 6 in Phoenix and the final Game 7 in Milwaukee.

Like the Suns, the 2021 NBA Finals were the Bucks' third championship appearance, the league's records showed. The Milwaukee team were Western Conference champs in 1974, but then lost to the Boston Celtics in that season's final series. They won the title, however, in 1971 against the Baltimore Bullets.