"What is going on in the pool: snake, iguana, cheese grater, McCormick spices, Barbie, and unicorns," a commenter said of the video shot in Washington state. 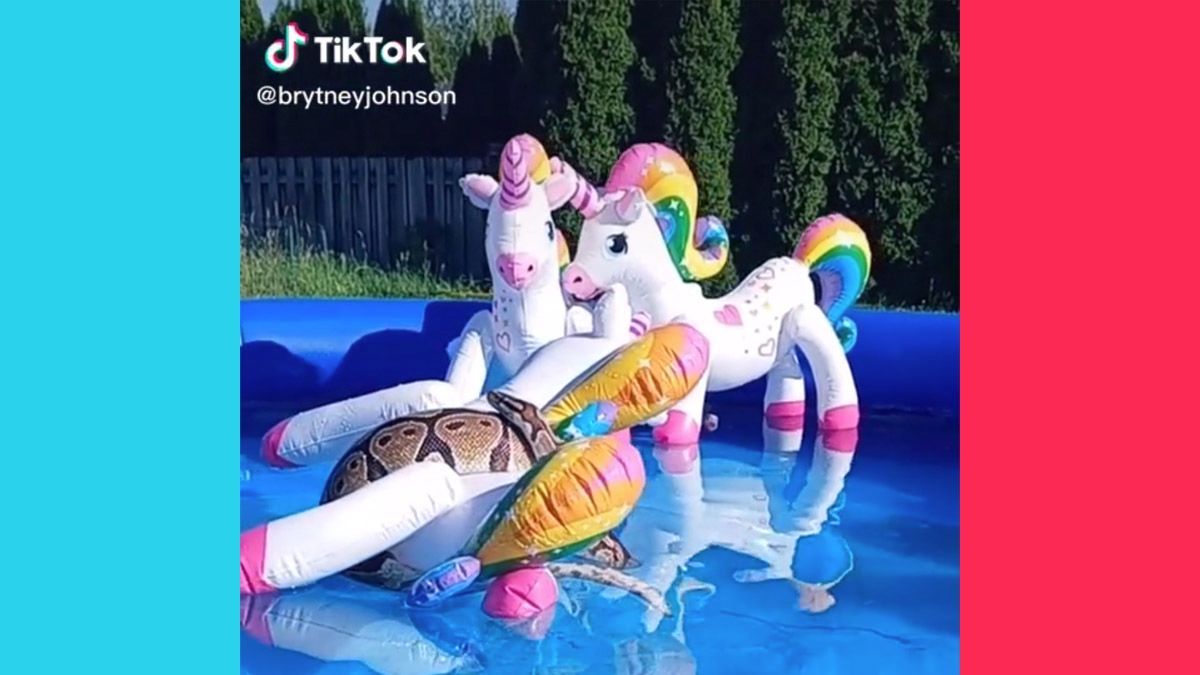 "Tell me it's the hottest day in western Washington without saying it." This was the caption for a viral TikTok video that showed a ball python snake enjoying some time in a swimming pool in Washington state.

Some viewers initially believed the snake was living in the wild and found its way into the pool on her own.

However, the video was posted by TikTok user Brytney Johnson (@brytneyjohnson), who said: "It's my pet ball python." The pet snake was mentioned as being about "4.5 feet long" and female.

In Buckley, Washington, where the video was recorded, temperatures had reached close to 100 degrees Fahrenheit (38 degrees Celsius).

Commenters were quick to note that the snake wasn't the only thing floating in the pool. "What is going on in the pool: snake, iguana, cheese grater, McCormick spices, Barbie, unicorns," one commenter said. However, there was no iguana. Johnson said: "It's a Kristoff Barbie from 'Frozen,'" referring to the Disney animated film.

"Is it weird that the python is the most normal part of this video," asked another person. A third commenter remarked: "I am more concerned about the seasonings floating by. The noodle is living its best life." Johnson replied: "I love how this blew up overnight. The spices are called Mini Brands ... kids toys... not real spices."

Some TikTok users believed that they saw a cheese grater at the bottom of the pool. Johnson responded that it was "not a cheese grater," but rather a "Barbie purse."

As TikTok viewers watched the pet snake enjoying a dip in the pool under the hot Washington sun, some users feared for the animal's well-being.

"Cute but the stress you're putting on your animal ... not so much," a TikTok commenter said. Johnson responded: "Did she tell you she's stressed? She can easily swim out if she wanted."

However, other commenters were more positive.

"It's hot AF!! Great idea with snake." Johnson replied: "Thank you, she loved it. Hung out for a while then came to the side when she wanted out."

Another person posted: "This is officially the best video ever! I was so focused on the snake, took 3 times before I seen what everyone was talking about."

The video was viewed close to 1 million times in less than 48 hours.