The videos were apparently first posted on TikTok, showing part of the Gorilla Falls Exploration Trail. 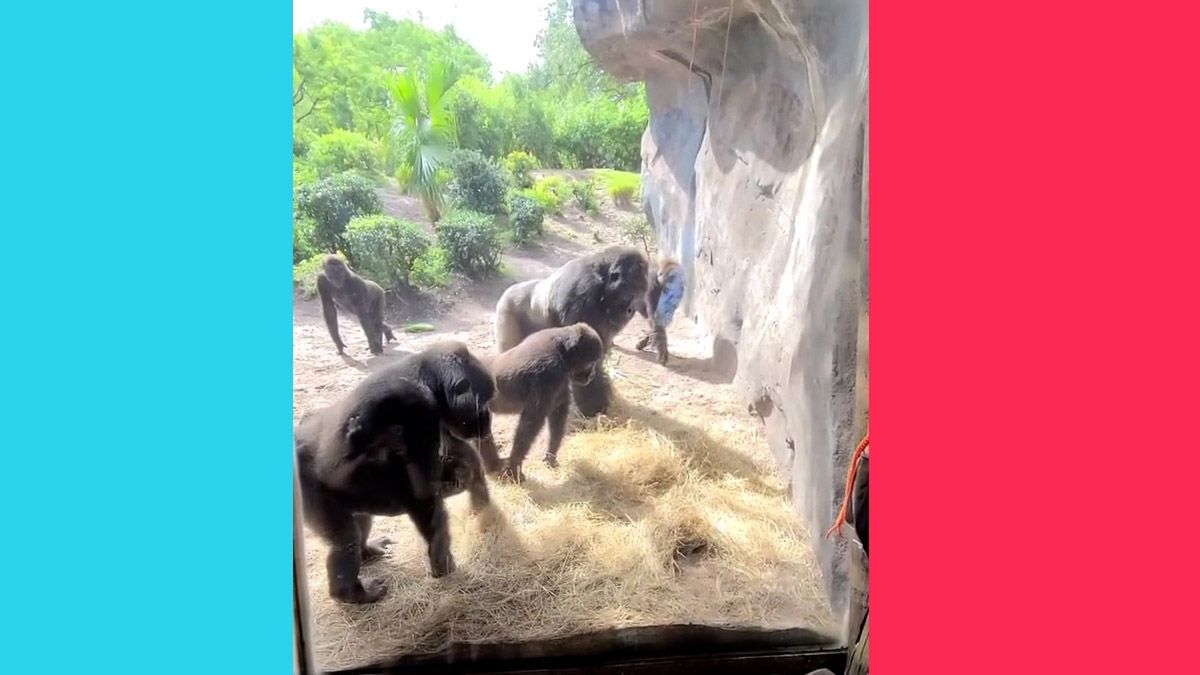 On June 24, TikTok user @silkystrokesurvivor posted a video from Disney's Animal Kingdom park that appeared to show gorillas finding a snake in their enclosure. The theme park is part of Walt Disney World Resort in Orlando, Florida:

It was viewed well over 3 million times in a little over 24 hours. It's unclear if it was recorded the same day it was posted.

The gorillas that noticed the snake were part of the Gorilla Falls Exploration Trail at Disney's Animal Kingdom.

At the beginning of the video, one of the gorillas appears to notice something. Another gorilla comes over to see what it is.

"Oh, there's a snake!," one of the park guests says, pointing down at it. After several seconds, more gorillas come over to check out the ruckus. The snake was fairly small, but could not be identified from the video.

A cast member (employee) for Disney's Animal Kingdom could be heard off-camera talking about the gorillas and the snake.

"So just like humans, our gorillas are very curious about what goes on in their habitat," the cast member said.

The same TikTok user also posted a second video that showed more of the moment:

It's unclear how often snakes are seen inside the enclosure. However, the cast member for Disney's Animal Kingdom could be overheard saying that the snake was "not dangerous" to the gorillas.

Venture into the Heart of Africa

Encounter exotic animals as you trek through dense forests and sprawling savannas. Embark on a self-guided tour of the Pangani Forest and experience amazing creatures in their natural habitats—up-close and personal!

Meander along winding paths amid a lush forest trail of African flora and fauna. Spot an adorable meerkat on a rocky perch or an impressive Grevy's zebra on the savanna—before coming face to face with a gentle troop of western lowland gorillas on a grassy hillside—who are just as curious to see you as you are to see them!

During your hike, snap pictures from convenient observation stations and learn more about the animals you see and Disney’s global conservation efforts to protect them and their habitats.

The attraction opened in 1998 and was formerly known as Pangani Forest Exploration Trail.