And the exchange went viral. 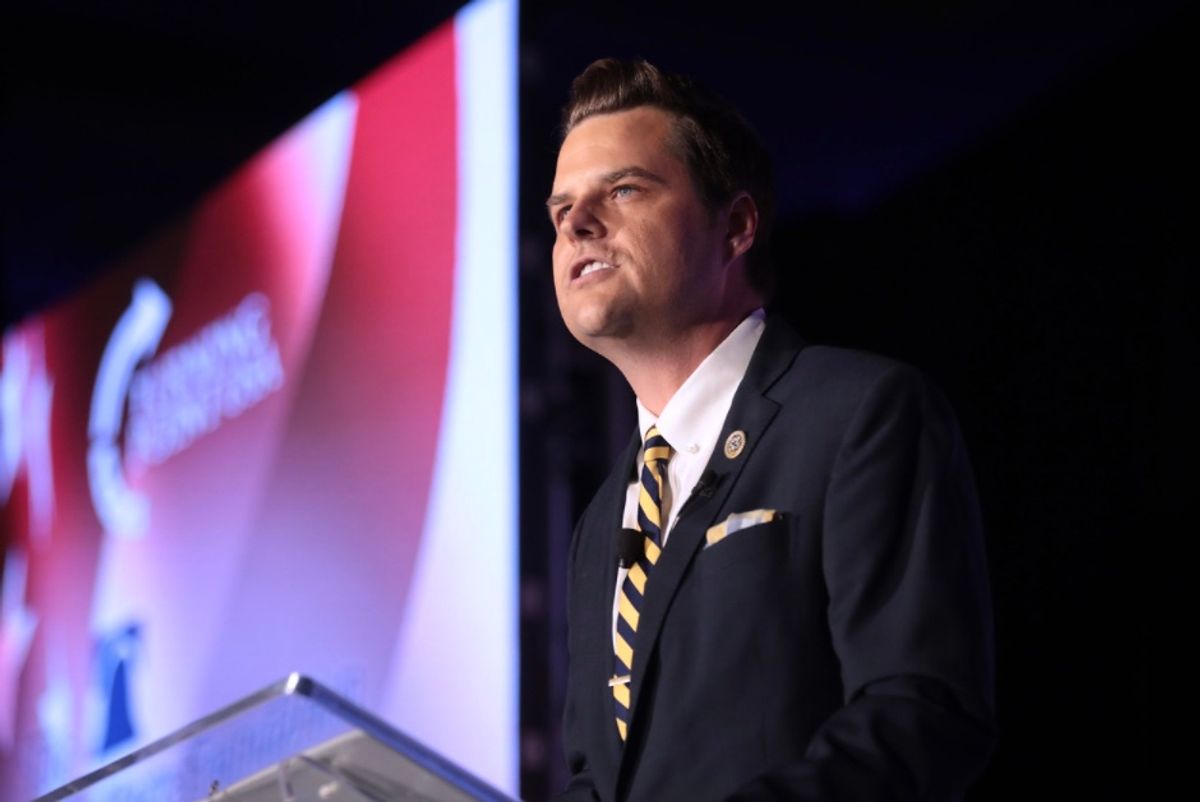 The manufactured outrage over what has been described as "critical race theory" by right-leaning activists, politicians, and media figures reached the top brass of the United States military on June 23, 2021, when a top Army general admonished U.S. Rep. Matt Gaetz, R-Florida, for calling the armed forces "woke."

Video of the exchange between Gaetz and Army Gen. Mark Milley, chairman of the joint chiefs of staff, during a defense budget hearing in the House Armed Services Committee went viral and prompted strong reactions. A video of Milley's response to Gaetz can be viewed below:

As we have previously reported, critical race theory is an academic discipline primarily taught in law schools. Experts on the topic told us that current widespread public outrage over its allegedly being taught in various places like workplaces and grade schools is misplaced and is also a backlash against massive civil rights demonstrations that took place in the spring and summer of 2020, sparked by the police-custody murder of George Floyd.

Milley was responding to Gaetz' questions directed at U.S. Secretary of Defense Lloyd Austin, in which he accused Austin of hiring a "critical race theorist" to advise him, which Austin said he knew nothing about. In response, Milley stated:

First of all, on the issue of critical race theory, et cetera, I’ll obviously have to get much smarter on whatever the theory is, but I do think it’s important actually for those of us in uniform to be open-minded and be widely read. And the United States Military Academy is a university and it is important that we train and we understand. And I want to understand white rage and I’m white, and I want to understand it. So what is it that cause thousands of people to assault this building and try to overturn the constitution of the United States of America? What caused that? I want to find that out. I want to maintain an open mind here, and I do want to analyze it. It’s important that we understand that because our soldiers, sailors, airmen, Marines, and guardians, they come from the American people. So it is important that the leaders now and in the future do understand it.

I’ve read Karl Marx. I’ve read Lenin. That doesn’t make me a communist. So what is wrong with understanding, having some situational understanding about the country for which we are here to defend? And I personally find it offensive that we are accusing the United States military, our general officers, our commissioned, non-commissioned officers of being quote woke or something else because we’re studying some theories that are out there. That was started at Harvard Law School years ago. And it proposed that there were laws in the United States, antebellum laws prior to the Civil War that led to a power differential with African-Americans that were three quarters of a human being when this country was formed. And then we had a Civil War and Emancipation Proclamation to change it. And we brought it up to the Civil Rights Act of 1964. It took another a hundred years to change that.