The videos appeared to come from opening week at the chicken chain. 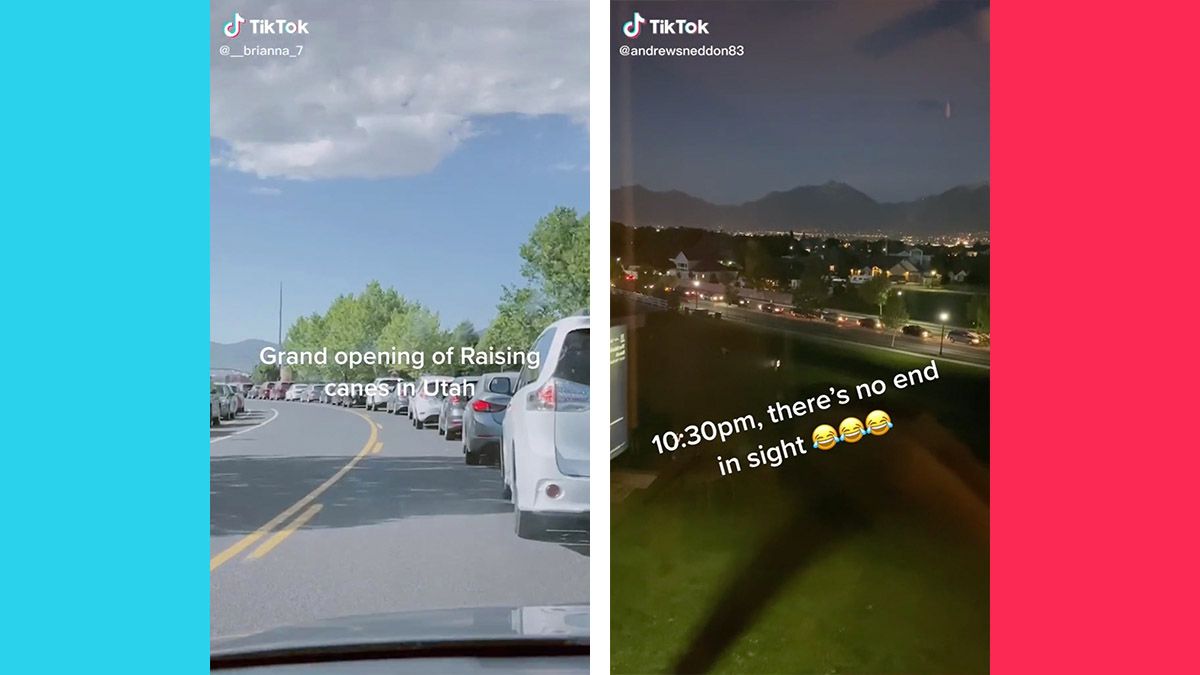 Image Via @__brianna_7 and @andrewsneddon83 (TikTok)

Long drive-thru lines are not unusual at trendy fast food chains like In-N-Out Burger and Chick-fil-A. However, according to a TikTok video, the Utah debut of Raising Cane's Chicken Fingers appeared to bring the enthusiasm of around 150 cars waiting in the drive-thru line at the same time.

On June 8, Raising Cane's opened the restaurant's first Utah location in the community of South Jordan. A TikTok user named Erica Rice recorded a video of the line, purportedly on opening day, that showed at least 133 cars waiting in the street alone.

After a few days, it had been viewed nearly 2 million times.

In addition to the drive-thru line seen in the video, other vehicles in the parking lot and circling around the building likely brought the total to around 150 cars. That did not include those who were spotted at the end of the video standing in line outside of the building. More diners could be seen waiting in a line outside of the restaurant. (Courtesy: erica.rice/TikTok)

The video also showed a police presence to keep the large crowds calm during the unusual situation. Police appeared to be directing traffic and keeping the situation safe and calm. (Courtesy: erica.rice/TikTok)

An officer appeared to be standing at the end of the street portion of the Raising Cane's drive-thru line and the beginning of the parking lot queue. Directing traffic in the street at the entrance of Raising Cane's. (Courtesy: erica.rice/TikTok)

It was unclear if all of the cars in the long street line were all heading for Raising Cane's. It's possible that some of them intended to visit a different business or hang a left turn before arriving near Raising Cane's.

One TikTok commenter joked: "Imagine they mess up your order and you gotta go to the back of the line."

"You could come to our Raising Cane's in Hawaii," said another person. "We barely have lines and they're not that long."

Additionally, @__brianna_7 posted what it looked like going through the line, while @thealejandrachee showed that the walk-in line was much longer than it appeared in other videos.