The moment was captured on video. 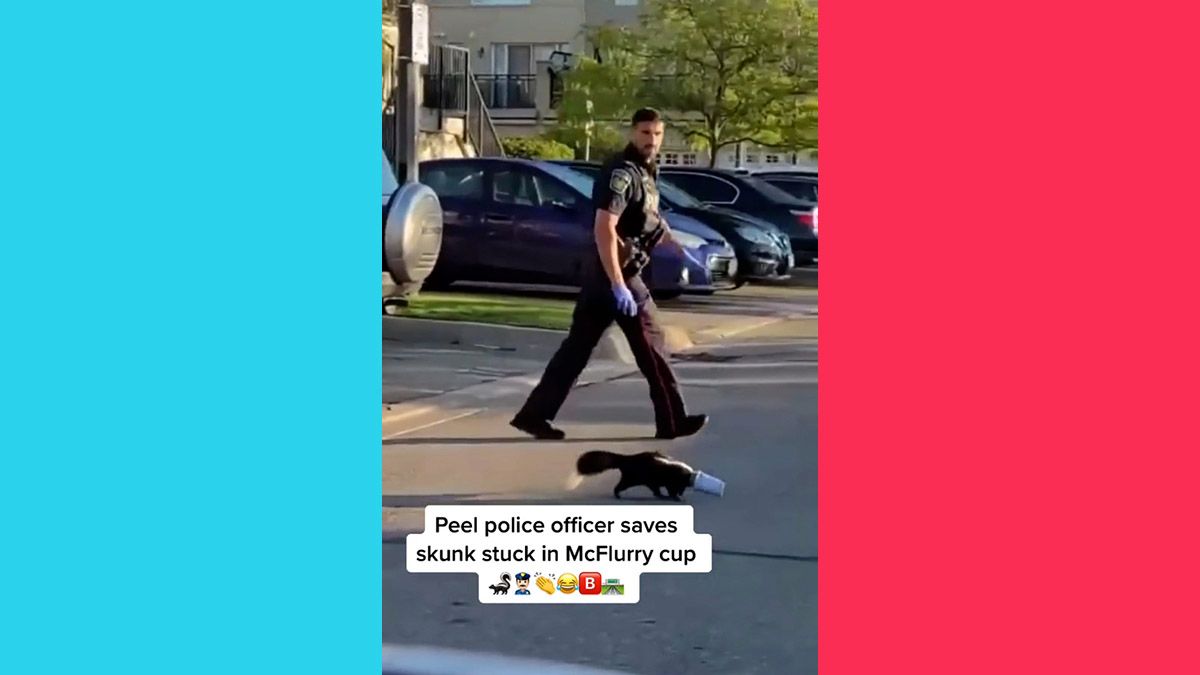 On June 5, a public servant staged a daring rescue to help a critter get out of a sticky situation. A video showed a McDonald's McFlurry cup being yanked off a skunk's head by a police officer.

According to a TikTok video, it happened in Brampton, a city in Ontario, Canada:

Peel Regional Police posted the video to its Instagram page.

What do you get when a police officer and a skunk cross? Law and Odour.

Great job by Constable Zamani for taking this high-risk task. Helping out a furry friend in need. #protectanimals #dontlitterplease

Keep our community safe and clean.

'Officer of the Month'

In the video, the man identified as Peel Regional Police Const. Habib Zamani carefully attempted to pull the McDonald's McFlurry cup off the animal's head.

"An officer of the month here is trying to avoid all attempts of getting sprayed," a man narrating the video said.

Zamani found the right moment, yanked the cup off the skunk's head, and ran away.

The video was also published on TikTok where it was viewed nearly 1 million times in the first 5 days.

Another person said: "Note to police. If I'm ever stuck in a McFlurry cup ... leave me alone... it's where I wanna be."

'I Took the Risk of Being Sprayed'

The Toronto Sun reported that the skunk had been given a new nickname after the incident:

The skunk — nicknamed McFlurry — dove into the cup so deep, its head got stuck inside. The poor creature was scurrying about with the cup on its head.

"My partner had found our small friend in distress and I couldn't leave it there without offering assistance," said Zamani. "I took the risk of being sprayed, but the reward of freeing him was far greater."

While the McDonald's McFlurry skunk incident ended in success, not all police officers have been so lucky. The skunk in the video below was rescued from a yogurt cup that was stuck on its head. However, the officer ended up being sprayed. According to Boston.com, the 2019 incident occurred in Cambridge, Massachusetts.