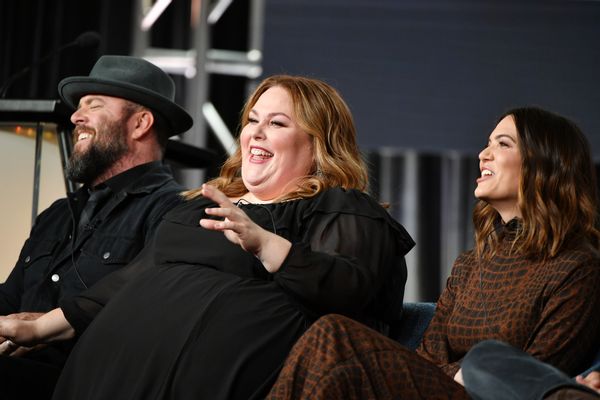 "This Is Us" star Chrissy Metz and the subject of weight loss have long been featured in misleading online advertisements. Some advertisers have even employed the use of doctored photographs.

Since at least 2021, a number of ads claimed that Metz had experienced a "massive weight loss." They showed up on ESPN.com and other websites that displayed ads from the Taboola advertising network. These websites don't select specific ads that show up on their pages, but they do sometimes have the ability to block problematic content. The misleading ads featured a variety of photographs.

Celebrity Chaz Bono was also featured in a similar weight loss ad with the same wording.

The strange ads led to various slideshow articles that lasted around 179 pages each. Each "Next Page" click led to a different celebrity that purportedly had a weight loss journey, such as Rebel Wilson.

In the website address for one of the articles, it ended with "/weightloss-chrissymetz/." However, neither Metz nor anything about her weight loss ever appeared on any of the 179 pages.

The website's managers named the page "/weightloss-chrissymetz/" in order to label which ad had been clicked, so that they could measure the performance of the misleading ad.

While Metz did not appear in all of the lengthy stories that resulted from clicking the ads that showed her face, she did show up in some of them.

The articles mentioned that she once purportedly lost 100 pounds. The news was from 2017 and had been reported by People magazine.

However, the lengthy stories that resulted from clicking the ads led to unreliable pages that featured a photograph of actress Melissa McCarthy with Metz's face Photoshopped on her: In the photo on the right, Metz's face was Photoshopped on a picture of actress Melissa McCarthy.

The real picture of McCarthy was shot in 2015: The photograph of Melissa McCarthy was captured at the SNL 40th Anniversary Celebration in 2015. (Photo by D. Dipasupil/FilmMagic)

It's unclear just how many times the strange articles about Metz and weight loss have appeared over the years. However, we'll continue reporting about misleading ads just as we have been doing hundreds of times in the past.