A TikTok video that was viewed more than 600,000 times in 24 hours showed various objects falling out of the trunk of a police vehicle in Minneapolis. 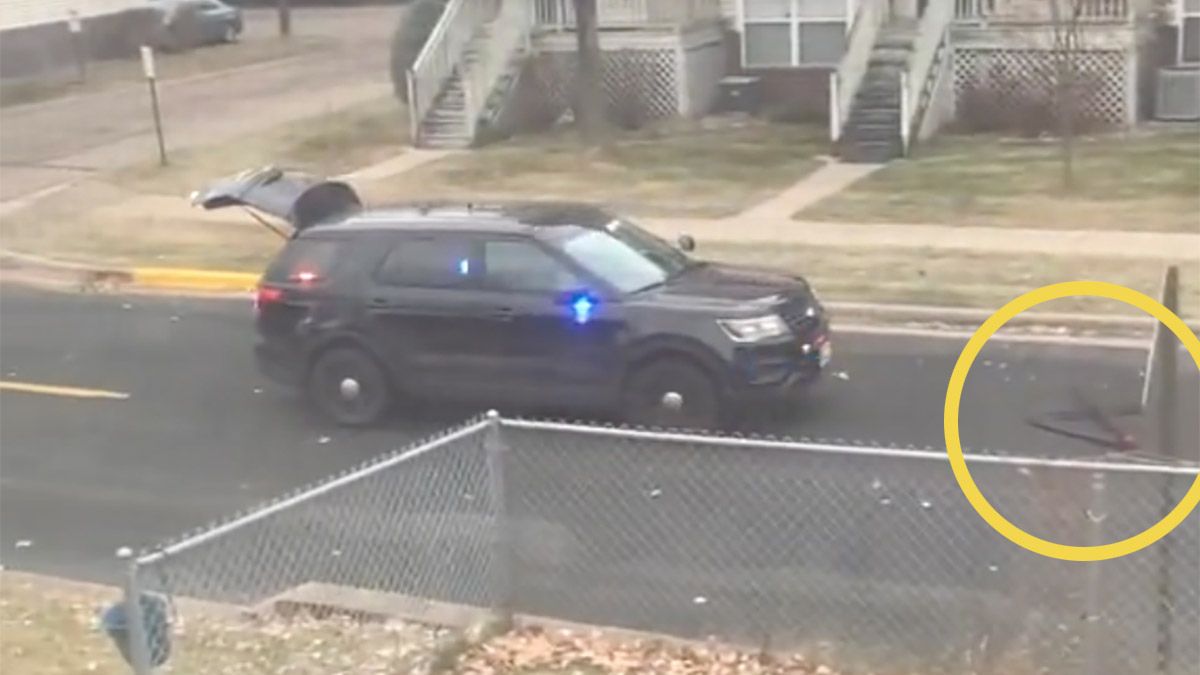 A video of a police officer's mishap was viewed more than 600,000 times since it was first posted on May 10. It purportedly showed a cop car in Minneapolis, Minnesota, backing up and appearing to run over a spike strip after it fell out of the open trunk.

The video was posted by TikTok user Megan Toivonen (@megantoivonen). We reached out to Dasean Toivonen, her husband, in regards to the incident.

He told us that the law enforcement vehicle was setting up for a police chase that was underway. An orange cone also appeared to fall out of the open trunk. After he backed up over the spike strip, a tow truck hauled the police SUV away.

Toivonen said he wasn't sure "what department the car belonged to either as it appeared to be undercover."

We reached out to the City of Minneapolis Police Department, and they told us that the vehicle did not belong to them. Further, they said the department doesn't use spike strips.

A spokesperson with the Hennepin County Sheriff's Office said that "he's not one of ours," and cited a difference in uniform color. The same spokesperson later told us: "We have looked into it further and our best guess is that it’s probably a squad from a suburban law enforcement agency that was in the city on a pursuit/assist. We know it’s not from our agency, MPD, or Metro Transit PD."

We also contacted the Saint Paul Police Department and the Minnesota State Patrol, and will update this story should we receive further information.

May 11, 2021 at 1:40 p.m. PDT: We added an additional message from the Hennepin County Sheriff's Office that was received after this story was published.