Everything old is new again on TikTok, and that now apparently includes the frightening 2016 video that captured "aluminum pan man." 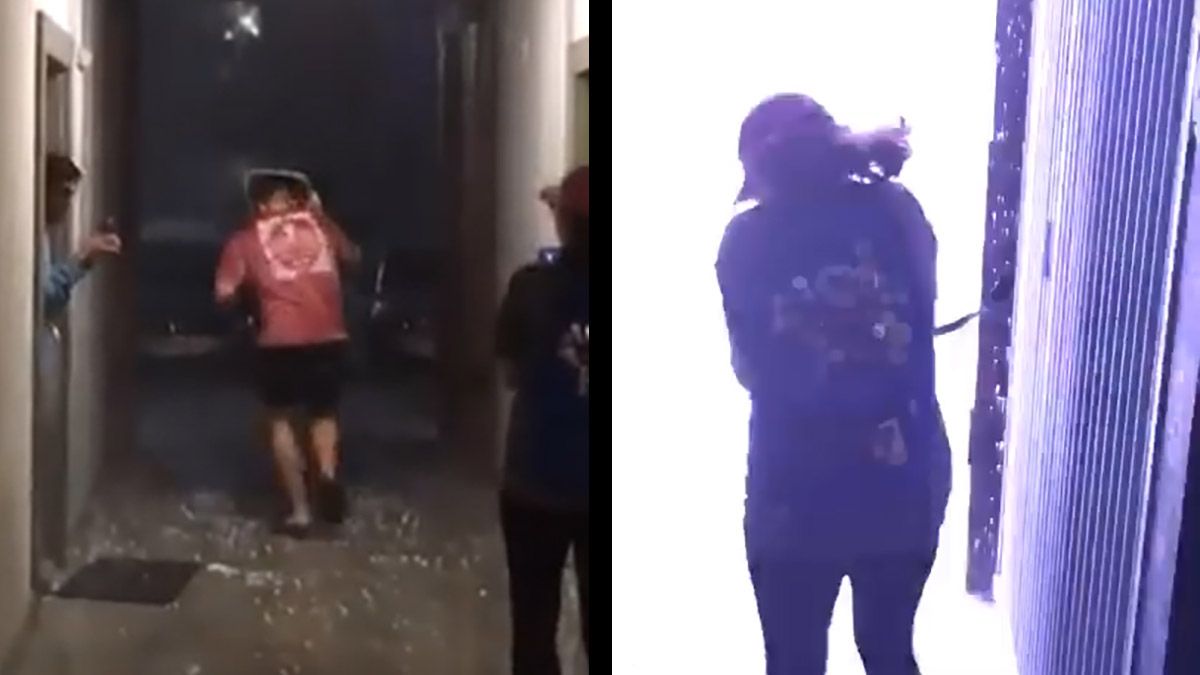 In early May 2021, a TikTok video was posted with a caption that read "RIP Aluminum Pan Man." It showed what looked to be a college-aged man placing an aluminum pan over his head before running out into a thunderstorm. The pan was meant to protect him from the large, falling hail.

After "aluminum pan man" ran out into the storm, lightning struck with a crash of thunder. This caused a car's lights to flash and the electricity for the buildings to go out momentarily.

Screams could also be heard after the noise of the thunder and the bright lightning strike.

The video appeared to be first posted on either Snapchat or YouTube around April 20, 2016.

Five years later, the YouTube video had received around 850,000 views.

The video's caption included "RIP." However, the good news is that "aluminum pan man" survived.

According to a report from EAGnews.org, the incident happened in San Antonio, Texas. The man covering his head with an aluminum pan was Dirk Wristers, then a student with The University of Texas at Austin.

Wristers tweeted about the close encounter with lightning multiple times. The first tweet we found was from April 13, 2016:

He also confirmed he was "aluminum pan man" at least two other times.

As for where Wristers is today, a quick Google search showed that he had attended medical school.

Unfortunately, the act to save his car from hail in early April 2016 appeared to be in vain. Later that same month, Wristers indicated in a tweet that another hail storm damaged his car:

A popular Reddit post was the primary discussion spot for the incident back when it happened in 2016. The top comment joked: "He actually traveled back in time to 1986."

A commenter named IVIIRAGE also said: "I was there when this happened! This happened in San Antonio, Texas last week during a storm we had. The guy under the aluminum pan was alright. His thought process was the pan would block the softball size hail we were getting. he didn't think It through..."

They also added that "he didn't get struck by lightning," but that "it was close by though."

After posting the comment, skeptical Reddit users wanted proof that the person wasn't making up the story. IVIIRAGE then posted a photo from the same hallway as seen in the video.

We were unable to reach either Wristers or the aluminum pan for an interview.