Don't mess with T-Pain on Call of Duty. 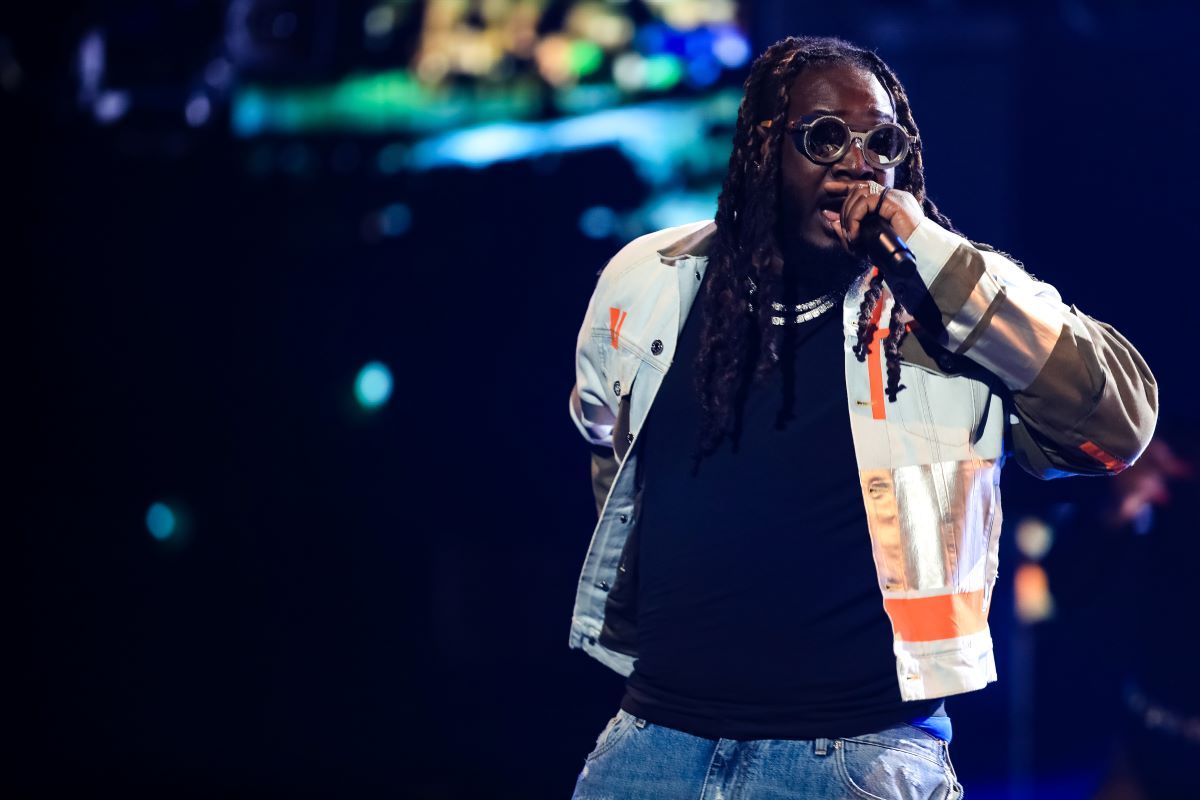 It was a moment to remember during a Call of Duty video game session. Musician, producer, and gaming aficionado Faheem Rasheed Najm, better known by his stage name T-Pain, was playing the first-person shooter game and streaming on Twitch when he got called racist slurs by other players. But he quickly turned the tables.

In a video that has gone viral, racist slurs and "f--- Black Lives Matter" could be heard being muttered by other male players. (That audio is bleeped out in the video seen below.) T-Pain responded by jubilantly yelling "One of these motherf---ers is on that n----- shit, and I want all of them. I want every single f----ing one of them!"

T-Pain got them, virtually. He took out the other players one-by-one in the video game and was declared the victor. "Stupid idiots," he said at the end of the video, triumphantly sipping from his drink. T-Pain then posted an abbreviated version of the encounter to his TikTok account on April 29, 2021:

We were unable to locate the original video on T-Pain's Twitch account, and it's unclear whether Twitch took it down or T-Pain did. (Twitch typically deletes older broadcasts.) We reached out to Twitch for comment and will update this post if we hear back.

Celebrity news and gossip network TMZ surfaced a longer video version of what led up to and followed the moment in which the racial slurs were uttered.

This wasn't the first time in recent days T-Pain had gone viral. He humorously recounted on Instagram in late April 2021 how he had been unaware of a message request folder on that platform, which had caused him to miss a large number of messages from other celebrities reaching out to him.