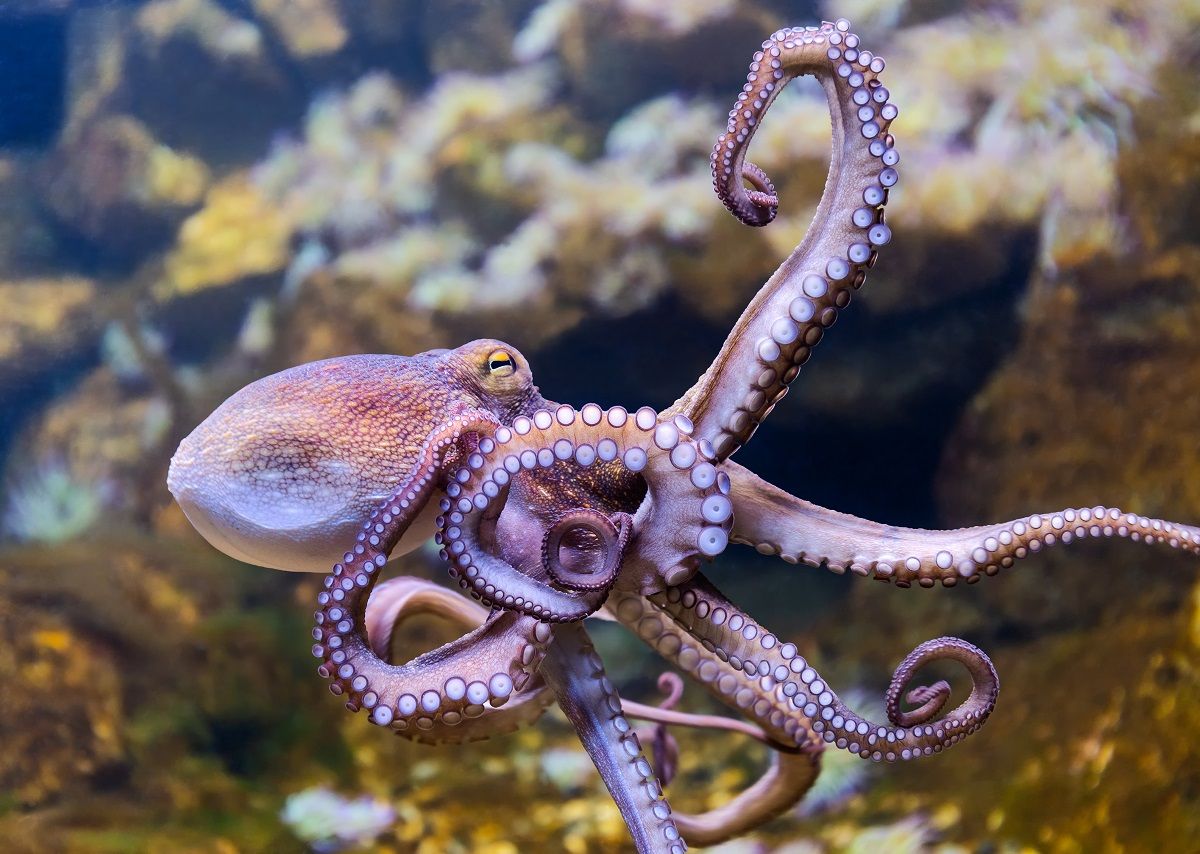 This article about octopus dreaming is republished here with permission from The Conversation. This content is shared here because the topic may interest Snopes readers; it does not, however, represent the work of Snopes fact-checkers or editors.

A couple of years ago an octopus named Heidi was filmed changing colours as she slept. The footage shows her flickering from a ghostly shade of white to yellow and then turning a deep shade of burgundy before morphing into a mottled green pattern.

The video went viral. Millions were instantly mesmerised by Heidi in her slumber, particularly because the narrator speculates that she’s having a vivid dream – dreaming that she’s hunting and eating a crab, like a snoozing dog chasing “dream rabbits”.

Was Heidi really hunting “dream crabs”? Or was she simply experiencing a muscle twitch that controls her colour-changing skin cells? The video footage is only one piece of the puzzle. We need to know more about an octopus’s sleep patterns to understand what was causing Heidi’s colourful slumber.

Now, a second piece of the puzzle has been revealed. New research has found that these colour-changing patterns in snoozing octopuses are characteristic of two alternating sleep states – a quiet sleep state and an active sleep state.

Sleeping with the octopuses

During quiet sleep, octopuses are motionless; their skin is pale and their eyes are narrowed to tightly shut slits. Active sleep is strikingly different – characterised by changes in skin colour and texture as well as flicker movements of the eye, contracting suckers on the arms and muscle twitches on the body. 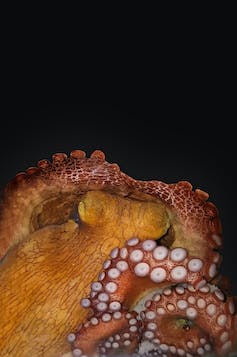 Octopus neuroscientist and leader of the study Sylvia Medeiros caught four wild octopuses, Octopus insularis, in the tropical waters of northern Brazil. She transported them to her lab at the Federal University of Rio Grande do Norte in Natal. There, she watched them snooze.

While sleeping, the octopuses mostly remained in quiet sleep but transitioned into brief bursts of active sleep. Active sleep states typically occurred after a long period of quiet sleep – generally longer than six minutes – and the two sleep states would repeat in a cyclical pattern at 30 to 40 minute intervals.

To confirm the activity states were really sleep, Medeiros and colleagues measured the snoozing octopuses’ arousal thresholds using different stimulation tests. For instance, they presented them with a live crab moving on a video screen or they thumped the aquarium wall with a rubber hammer to create vibrations in the water. The results of these tests suggested the octopuses were indeed sleeping, showing little to no response compared to when they were in an alert state.

According to neurobiologist Philippe Mourrain at Stanford University, there has been no evidence of a single species that does not sleep. But until recently, it was thought only mammals and birds show distinct sleep states.

Increasing evidence has demonstrated that animals other than birds and mammals, such as reptiles, fish, cuttlefish – the rounder cousin of the octopus – and now octopuses show distinct sleep states. Importantly, these states are similar to what we see in humans.

Evidence of similar sleep patterns in distantly related animals might offer clues about the origins of sleep, which could help us better understand its biological function – a widely debated topic among neuroscientists.

In mammals, one popular theory of why sleep evolved, particularly REM sleep, is it helps them control their body temperature. Another popular theory is that it plays a role in memory retention and is a result of high intelligence and brain activity. Finding similar patterns of REM-like sleep in animals that aren’t warm-blooded like reptiles, fish and cephalopods, casts doubt on the first theory, as these animals do not internally control their body temperature.

Despite the similarities between the sleep states of octopuses and vertebrates, including humans, it’s unlikely their sleep patterns were established in a common ancestor. Octopuses and their cephalopod cousins split from the vertebrate lineage more than 550 million years ago. They shared a common ancestor that resembled a flatworm with a very simple nervous system.

It’s more likely that these similar sleep patterns evolved independently in these two animal groups, through a process called convergent evolution – where animals evolve similar traits in response to similar pressures in their environment. The question remains, however, what drove the octopus to exhibit distinct sleep states?

In humans, vivid dreaming occurs during REM sleep. The features exhibited by octopuses during their active sleep states suggests these large-brained molluscs might be experiencing a similar phenomenon to dreaming. But unlike REM sleep in humans, active sleep in octopuses is short, ranging from seconds to one minute.

So, if an octopus is dreaming, it’s unlikely they would experience elaborate and complex plots as we do. Rather, an octopus dream would be fleeting like a Boomerang story on Instagram or a GIF.

According to a study at Harvard Medical School, dreaming in humans promotes learning because it allows the brain to make important connections between new information and past experiences. Could octopuses dream to better remember what they’ve learned?

It’s a tempting idea – we know that octopuses are sophisticated learners, so perhaps dreaming helps them optimise their learning abilities. At this stage, however, it is just speculation. We cannot confirm whether octopuses dream, because they can’t verbally report their dreams.

But nothing is impossible in science. New techniques are helping neuroscientists pinpoint hot spots in the human brain that fire up when we dream. By monitoring the brain waves of sleeping volunteers researchers can help identify the signature of a dreaming brain. Perhaps such techniques could be adapted to monitor the brain of a snoozing octopus. It’s always important to dream big.