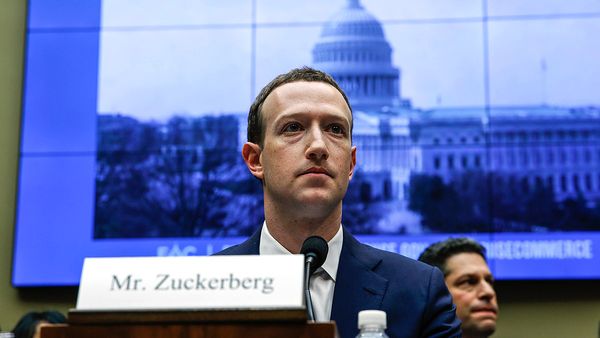 Editor's Note: The Facebook Group was removed hours after this report was published on March 30, nearly five months after the company was first notified of its violent QAnon content. The removal was first noticed on April 22.

A Texas-based Facebook Group with a history of QAnon activity and that was connected to the Jan. 6 Capitol riot was still active on the platform as of late March 2021, despite Snopes repeatedly alerting the social network to the group's actions for over five months. The group was available to join despite the fact that the social media platform claimed to have a policy of removing groups that host QAnon content.

The Facebook Group is named Alamo City Trump Train. QAnon activity in the group has included posts where members displayed hashtags and attached conspiratorial signage to trucks. At least one post even sought to educate and recruit members into believing in the debunked conspiracy theory, a seemingly glaring violation of Facebook's policies. Another comment cited the QAnon conspiracy theory: "Mobile bus of scumbag pedophile trash! Traitors to their own country!"

The group first made headlines in October 2020. We documented posts made in the group that showed it was used as a hub to coordinate real-time movements in an effort to "block" and harass a Biden-Harris campaign bus. The FBI was investigating the incident.

Facebook hosted real-time, coordinated movements that led to the harassment of the Biden-Harris campaign bus.

The group also has a history of hosting violent rhetoric and harassment. In November 2020, members spoke of driving across state lines to travel to areas where presidential votes were being counted. They posted ominous messages about their future intentions. We reported this content to Facebook, but the company failed to respond.

One important day in particular when votes were being counted was Jan. 6, 2021, when members of Congress gathered at the Capitol to certify Electoral College votes. Many of the nation's representatives potentially could have died were it not for the quick thinking of law enforcement officers.

Ten days later on Jan. 16, The New York Times reported on a man named Keith Lee. According to the reporting, Lee had originally organized the Alamo City Trump Train Facebook Group's efforts that ended with the harassment of the Biden-Harris bus. Just over two months later, he cased the entrances to the Capitol on the morning of Jan. 6 and then spoke on his live stream to encourage Trump supporters to "surround" the building. During the incident, he held a bullhorn and "called out for the mob to rush in, until his voice echoed from the dome of the Rotunda."

The Times also noted that Lee had helped to fundraise and organize "dozens of caravans to meet at the Jan. 6 rally."

Despite all of this, the QAnon-filled Alamo City Trump Train Facebook Group was still active nearly three months following the Capitol riot.

Update: The Facebook Group was removed hours after this report was published on March 30, nearly five months after the company was first notified of its violent QAnon content. The removal was first noticed on April 22.